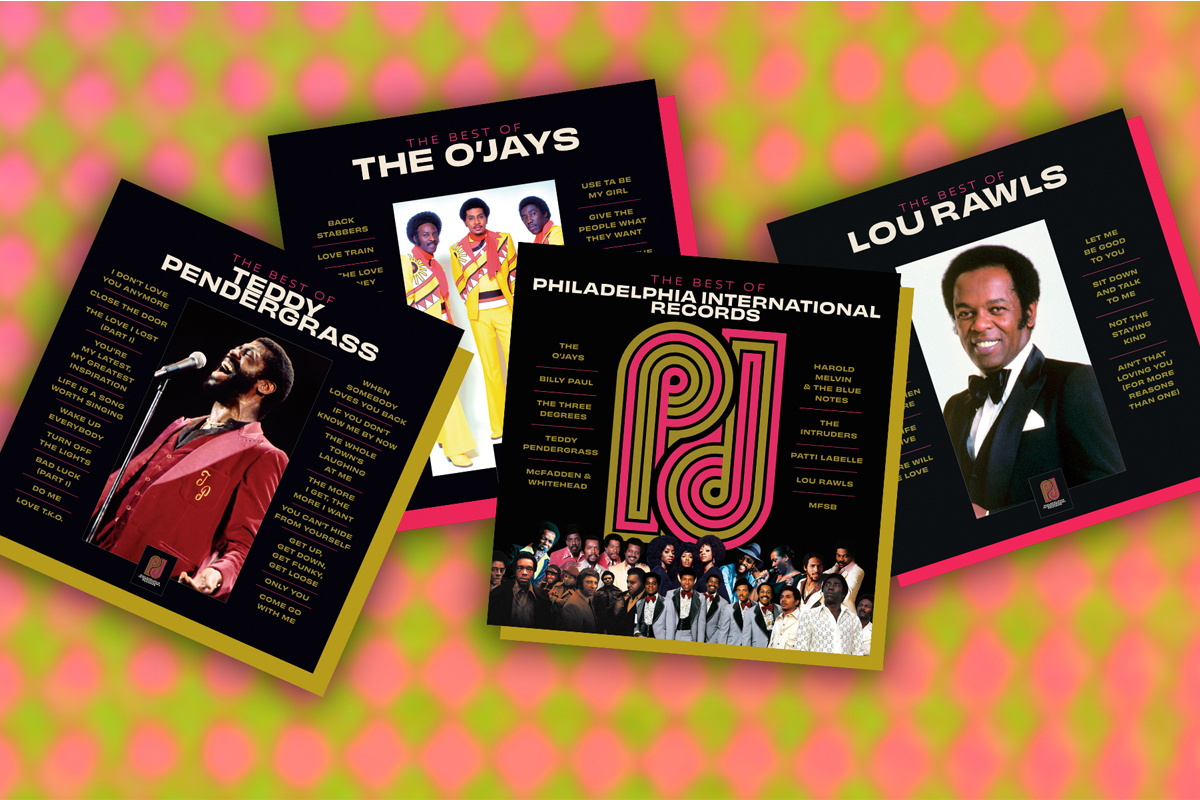 Get ready to fill your summer music playlists with the classic sounds of Philly this summer!  Legacy Recordings, the catalog division of Sony Music Entertainment, is excited to announce a special pre-order today, FRIDAY MAY 21 for six upcoming vinyl compilations to be released on July 16 as part of their yearlong 50th anniversary celebrations for the legendary Philadelphia International Records.  All six titles for pre-order are here: https://PIR.lnk.to/VinylBestOfPR

The “Best of” artist titles will include:

The Best of Billy Paul: 12-track vinyl compilation featuring many of Billy Paul’s memorable hits including “Me and Mrs. Jones,” “Am I Black Enough for You,” “People Power,” “Let’s Make a Baby” and “The Whole Town’s Talking.” Pre-order here: https://BillyPaul.lnk.to/BestOfPR

The Best of Harold Melvin & The Blue Notes: 12-track vinyl compilation featuring many of the group’s iconic hits including “If You Don’t Know Me By Now,” “Wake Up Everybody,” “The Love I lost,” “Don’t Leave Me This Way” and “I Miss You.” Pre-order here: https://HaroldMelvinTBN.lnk.to/BestOfPR

The Best of Lou Rawls: 10-track vinyl compilation featuring many of the legendary singer’s classic hits including “You’ll Never Find Another Love Like Mine,” “Groovy People,” “There Will be Love” and “Let Me be Good to You.” Pre-order here: https://LouRawls.lnk.to/BestOfPR

The Best of The Intruders: 14-track vinyl compilation featuring many of the group’s most cherished hits including “Cowboy to Girl,” “(We’ll Be) United,” “I’ll Always Love My Mama (Part 1),” “I Wanna Know Your Name” and “Mother and Child Reunion.” Pre-order here: https://TheIntruders.lnk.to/BestOfPR

The Best of The O’Jays: 18-track double vinyl compilation featuring many of the group’s most iconic worldwide hits including “Love Train,” “Back Stabbers,” “For The Love Of Money,” “I Love Music,” “Now That We Found Love,” “Use Ta Be My Girl,” “Give The People What They Want,” “Message in Our Music” and “Family Reunion.” Barnes & Noble will also offer an exclusive hot clear color version of the vinyl release. Pre-order here: https://TheOJays.lnk.to/BestOfPR

The Best of Teddy Pendergrass: 18-track double vinyl compilation featuring many of the beloved singer’s hits including “I Don’t Love You Anymore,” Close the Door,” “Turn Off the Lights,” “Love TKO,” “Come Go With Me,” “Get Up, Get Down, Get Funky, Get Loose” and his classics with Harold Melvin & the Blue Notes such as “If You Don’t Know Me by Now.” Barnes & Noble will also offer an exclusive hot pink version of the vinyl release. Pre-order here: https://teddypendergrass.lnk.to/BestOfPR

Additionally, Legacy Recordings has also announced two other vinyl compilations that will be released ahead of summer:

‘The Best of Philadelphia International Records,’ a 12-track compilation featuring classic hits from iconic label artists such as “Love Train” from The O’Jays, “You’ll Never Find Another Love Like Mine” from Lou Rawls and “Ain’t No Stoppin’ Us Now” from McFadden & Whitehead, which will be available digitally and physically on vinyl, including a Walmart exclusive Hot Pink edition, on May 28. Pre-order here: https://PIR.lnk.to/BestofPR

‘Golden Gate Groove: The Sound of Philadelphia Live 1973’ will be released on vinyl for the first time on June 12 for Record Store Day. The album captures the first and only time the stars of Philadelphia International Records including Harold Melvin & the Blue Notes, The O’Jays, The Three Degrees, and Billy Paul performed in concert with the label’s house band, MFSB (Mother, Father, Sister, Brother). The concert took place in San Francisco during the annual CBS Records convention at the Fairmont Hotel in September 1973.