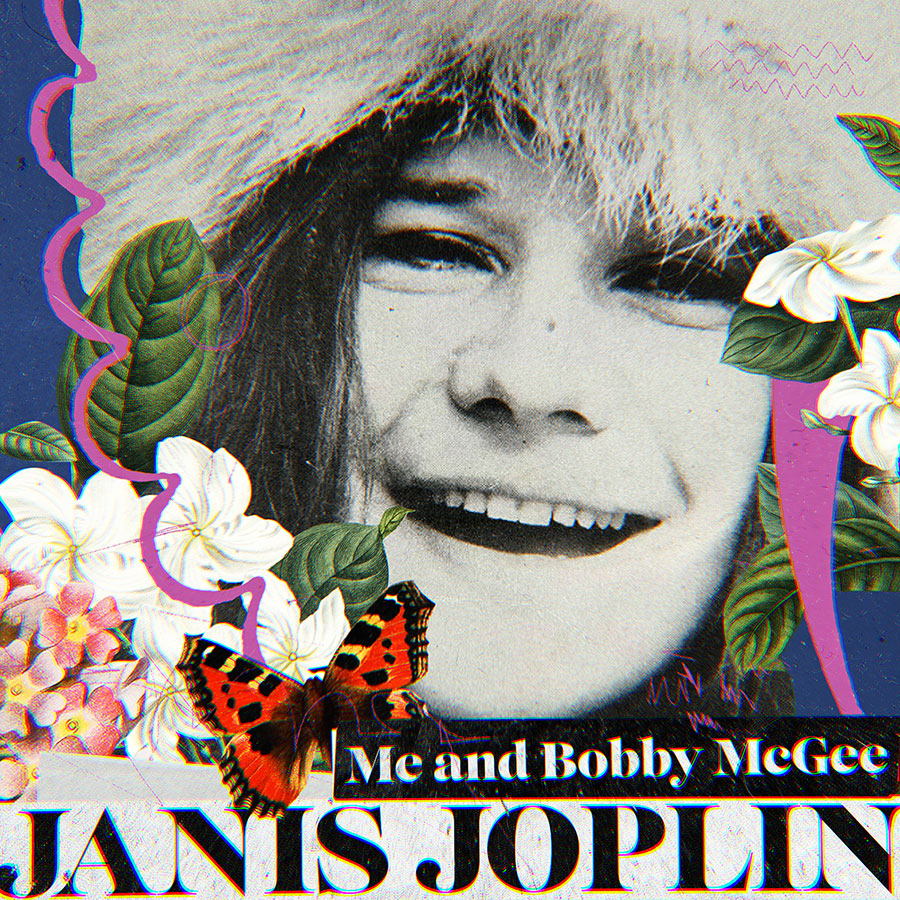 Columbia/Legacy Recordings, a division of Sony Music Entertainment, and the Janis Joplin Estate announce the debut of the first-ever official music video created especially for Janis Joplin’s “Me and Bobby McGee,” the artist’s #1 single and one of the enduring signature performances in Janis’ studio repertoire. The new “Me and Bobby McGee” short film was released on Saturday, March 20, the 50th anniversary of the track topping the Billboard Hot 100 Singles chart.

See “Me and Bobby McGee” HERE:

Written by Kris Kristofferson and Fred Foster, “Me and Bobby McGee”, Joplin’s transcendent rendition–recorded days before her death in October 1970–turned the song into an all-time classic. With her indelible iconic performance, Janis made “Me and Bobby McGee” her own. Released on January 12, 1971, Janis Joplin’s “Me and Bobby McGee” became the second posthumous single in pop music history to reach #1; the first was Otis Redding’s “(Sittin’ On) The Dock of the Bay, in 1968.

The new “Me and Bobby McGee” official video is part of an ongoing celebration and appreciation of Janis Joplin and her music surrounding the 50th anniversary of Pearl, the artist’s final studio album. Originally released on January 11, 1971–three months after Joplin’s passing on October 4, 1970, and eight days before what would have been her 28th birthday on January 19–Pearl debuted Janis’ last completed studio recordings as well as intimations of what the influential American country-soul-blues-rock singer was capable of delivering.

Some of the images in the “Me and Bobby McGee” short film may be seen in the upcoming limited edition book, Janis Joplin: Days & Summers – Scrapbook 1966-68, recently announced by Genesis Publications and the Janis Joplin Estate. During her career, Janis Joplin created a personal record of her meteoric rise to fame and the flowering of Sixties counterculture. Throughout it all, she collected posters, souvenirs, press clippings, photographs and records, and annotated them with her comments. Featured alongside are previously unpublished items from her personal archive, including letters she wrote home to her family and a preceding scrapbook from her senior high school years, 1956-59. Written by the people who really knew Janis and those inspired by her, the book’s in-depth text provides a fascinating, new account of the singer’s extraordinary life. Janis Joplin: Days & Summers – Scrapbook 1966-68 will be published June 10 and is available to preorder at: www.janisjoplin.com.