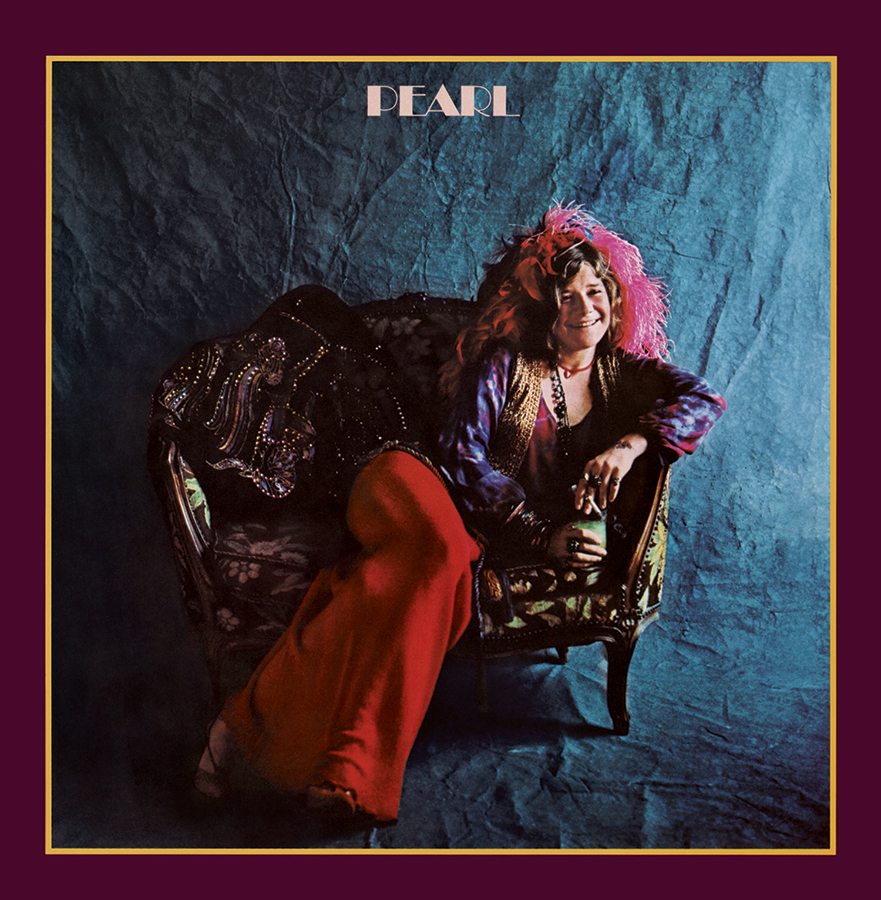 Columbia/Legacy Recordings, a division of Sony Music Entertainment, and the Janis Joplin Estate are commemorating the 50th anniversary of Janis Joplin’s Pearl, the artist’s final studio album. Originally released on January 11, 1971–three months after Joplin’s passing on October 4, 1970, and eight days before what would have been her 28th birthday on January 19–Pearl debuted Janis’ last completed studio recordings as well as intimations of what the influential American country-soul-blues-rock singer was capable of delivering.

In celebration of Pearl, JanisJoplin.com will be releasing an exclusive capsule collection which includes a fine art collaboration with the estate of Barry Feinstein, the acclaimed celebrity photographer who lensed the iconic Pearl album cover; further details to be announced soon. The Rock & Roll Hall of Fame in Cleveland is curating a special exhibit devoted to Janis, Pearl and more, scheduled to open May 21, 2021.

Genesis Publications and the Janis Joplin Estate announced the upcoming publication of a new limited edition book, Janis Joplin: Days & Summers – Scrapbook 1966-68. During her career, Janis Joplin created a personal record of her meteoric rise to fame and the flowering of Sixties counterculture. Throughout it all, she collected posters, souvenirs, press clippings, photographs and records, and annotated them with her comments. Featured alongside are previously unpublished items from her personal archive, including letters she wrote home to her family and a preceding scrapbook from her senior high school years, 1956-59. Written by the people who really knew Janis and those inspired by her, the book’s in-depth text provides a fascinating, new account of the singer’s extraordinary life. Janis Joplin: Days & Summers – Scrapbook 1966-68 is available to preorder at: www.janisjoplin.com.

The only album Joplin ever recorded with the Full Tilt Boogie Band, the touring ensemble that had backed her on the Festival Express (a mythic 1970 concert tour by railroad across Canada with the Grateful Dead, the Band and others), Pearl included canonical studio recordings of songs she’d introduced to audiences on tour.

Peaking at #1 on the Billboard 200, a position it held for nine weeks, Pearl showcased some of Janis’s most familiar and best-loved performances including her cover of Kris Kristofferson’s “Me and Bobby McGee” and the off-the-cuff a cappella “Mercedes Benz,” the last song she ever recorded. Digital single editions of both recordings have been recently certified by the RIAA: “Me and Bobby McGee” achieving Gold & Platinum status with “Mercedes Benz” earning Gold. Mercedes-Benz, the automobile manufacturer, used the track in its 2020 holiday advertising campaign. Columbia/Legacy will release a new official video for “Me & Bobby McGee” later this year.

Scheduled for April 2021, Vinyl Me, Please, the “best damn record club out there,” in association with Columbia/Legacy, will release a collectible 50th anniversary limited edition of Pearl pressed on white “Pearl” Color 180 Gram Vinyl. Avialable for pre-order: HERE

In July 2021, Mobile Fidelity Sound Lab, in association with Columbia/Legacy, will release a limited edition 50th Anniversary Edition of Pearl as an UltraDisc One-Step 180g 45RPM 2LP Box Set. Mastered from the Original Master Tapes with Mobile Fidelity’s One-Step process, this edition is pressed at RTI on MoFi SuperVinyl for definitive sound quality and comes packaged with foil-stamped jackets. Available for pre-order: HERE

Baby Janis: A Book about Nouns will be released by Running Press, an imprint of Hachette Book Group on April 20, and is available for pre-order now at JanisJoplin.com. Introduce your littlest rocker to a variety of nouns, language and creative concepts seen through eyes of a young Janis Joplin in this next installment of the Baby Rocker series.

The Janis Joplin Estate have partnered with Z2 Comics for the release of Pearl Comix, a graphic novel written by Leah Moore. Each chapter of Pearl Comix is inspired by one of the songs in the Joplin canon and illustrated by women artists from around the world.

The Janis Joplin Estate, in partnership with Community, invites fans to communicate via text on the new dedicated number: 415-301-4533.