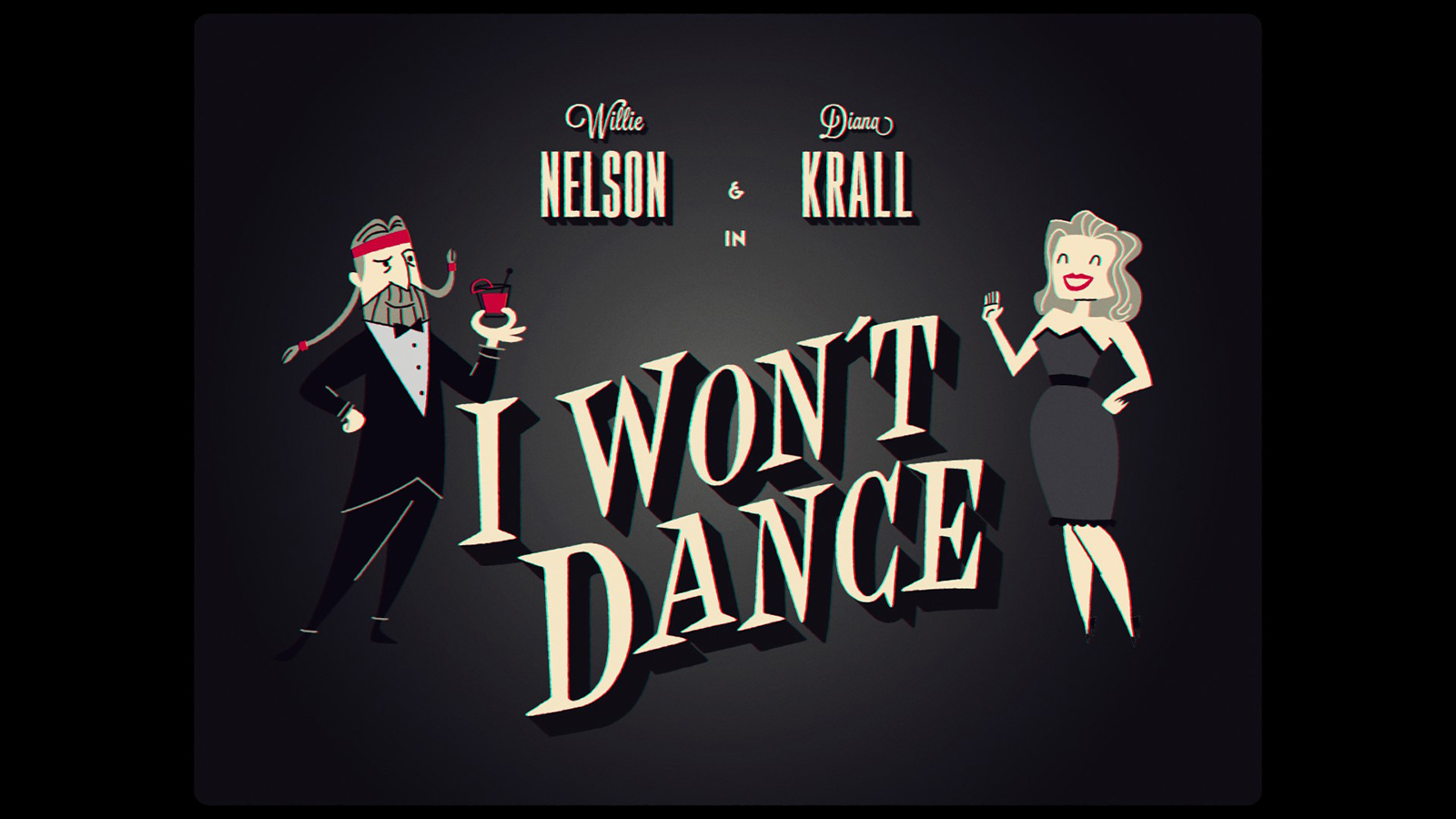 Inspired by classic cartoons, fashion illustrations and Hollywood glamor, screwball and slapstick comedies, the “I Won’t Dance” animated short film incorporates stylized avatars of Willie Nelson and Diana Krall performing their wry duet in a vibrant impressionistic cosmopolitan setting. A Dreambear Production, “I Won’t Dance” was animated by Manuel Casares and Antonio Corral (aka Crocantes), “a duo of crazy people who live in Granada (Spain) and have grown up with comics, science fiction and cartoons.” Their special affection for 20th century American culture shines in their illustrated animated narrative for “I Won’t Dance.”

A 20th century jazz standard with music by Jerome Kern, “I Won’t Dance” has two sets of lyrics (the first written by Oscar Hammerstein II and Otto Harbach in 1934, the second penned by Dorothy Fields and Jimmy McHugh for the film, “Roberta,” in 1935). Fred Astaire made the song (with Fields’ lyrics) a hit with his performance, with Ginger Rogers, in the 1935 film version of the Broadway musical, “Roberta.” Frank Sinatra recorded “I Won’t Dance” in 1957 for A Swingin’ Affair!, his 12th studio album, and in 1962 for Sinatra–Basie: An Historic Musical First.