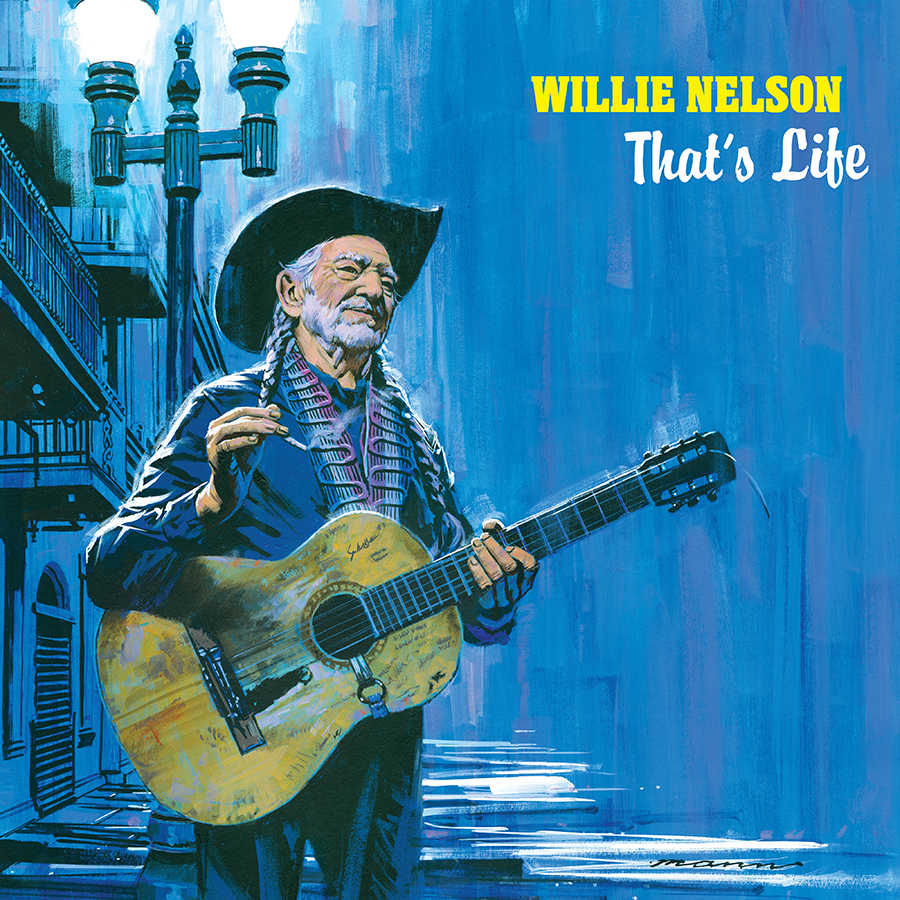 Willie’s “That’s Life” lyric video incorporates footage of Paul Mann–a painter and illustrator known for alternative movie posters for major films (Frankenstein, The Wizard of Oz, Indiana Jones, Pirates of the Caribbean, Pulp Fiction, The Big Lebowski and more)–creating the album cover painting of Willie and his iconic guitar, Trigger, standing in the glow of a twilight streetlamp, an evocation of classic Sinatra album images.

Written by Dean Kay and Kelly Gordon, “That’s Life” was first recorded in 1963 by Marion Montgomery and became an evergreen blockbuster standard after Frank Sinatra performed it on his 1966 album of the same name. One of the best-known and widely covered songs in the Sinatra canon, “That’s Life” proves a perfect fit for Willie Nelson. American writer and music journalist Mikal Gilmore has penned a new essay exploring Willie Nelson and That’s Life which you may read here.

Honoring the enduring influence and inspiration of Frank Sinatra (whose 105th birthday would have been celebrated on December 12), That’s Life continues Willie’s longtime musical appreciation of Sinatra’s artistry and repertoire, an exploration exemplified by 2018’s My Way, which earned Willie the Grammy for Best Traditional Pop Solo Album.

Produced by Buddy Cannon and Matt Rollings, That’s Life was recorded at Capitol Studios in Hollywood–where Frank Sinatra, the first artist to record at the facility, created an unbroken string of album masterpieces from March 1956 to November 1961–with additional recording at Pedernales Studios in Austin, Texas.

Willie and Frank were close friends, musical colleagues and mutual admirers of each other’s work throughout Sinatra’s lifetime. In the 1980s, Sinatra opened for Willie at the Golden Nugget in Las Vegas and the two of them appeared together in a public service announcement for NASA’s Space Foundation.

“I learned a lot about phrasing listening to Frank,” Willie said in an interview for AARP magazine (June/July 2018). “He didn’t worry about behind the beat or in front of the beat, or whatever—he could sing it either way, and that’s the feel you have to have.”