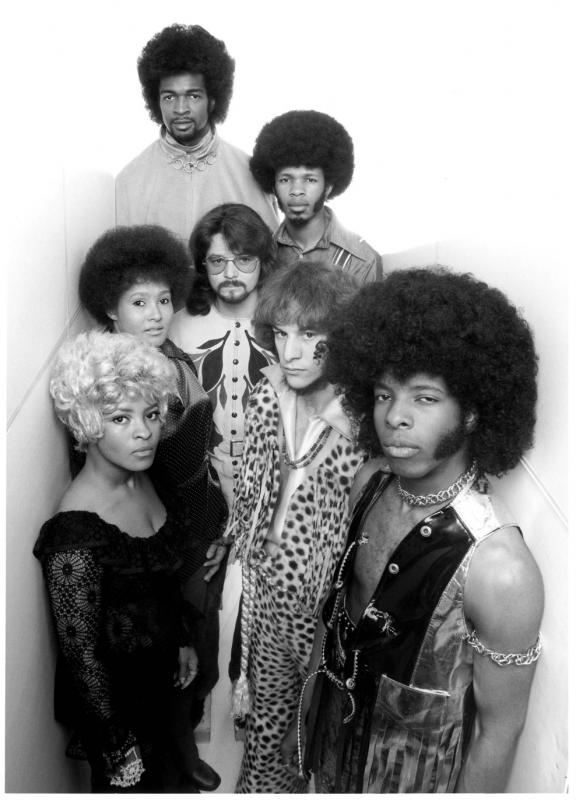 “I think he was looking for good musicians, and he knew quite a few. He sees the heart of a person.”

That’s how Cynthia Robinson, founding member of Sly & The Family Stone, characterizes the charismatic frontman’s choice of backing players. The band, which pioneered a blend of funk, soul, jazz and pop, began in 1960s San Francisco as a kind of blended family: black and white, men and women.

It was something of a first for a major American rock band, whose legacy remains strong and is celebrated on a new box set titled Higher! Robinson, the band’s trumpet player, says she doesn’t think race or gender entered into decisions surrounding the lineup. Saxophone player Jerry Martini, however, says he believes that Stone’s choice of bandmates was intentional.

“I said, ‘You know, I know a lot of other African-American sax players that can just burn me.’ He goes, ‘But you’re what I wanted,’” Martini says. “I didn’t say, ‘Is it ’cause I’m white?’ or anything like that. But I just saw him as a visionary person who knew the group that he put together represented a lot of society.”

Read more and listen to the report at NPR.