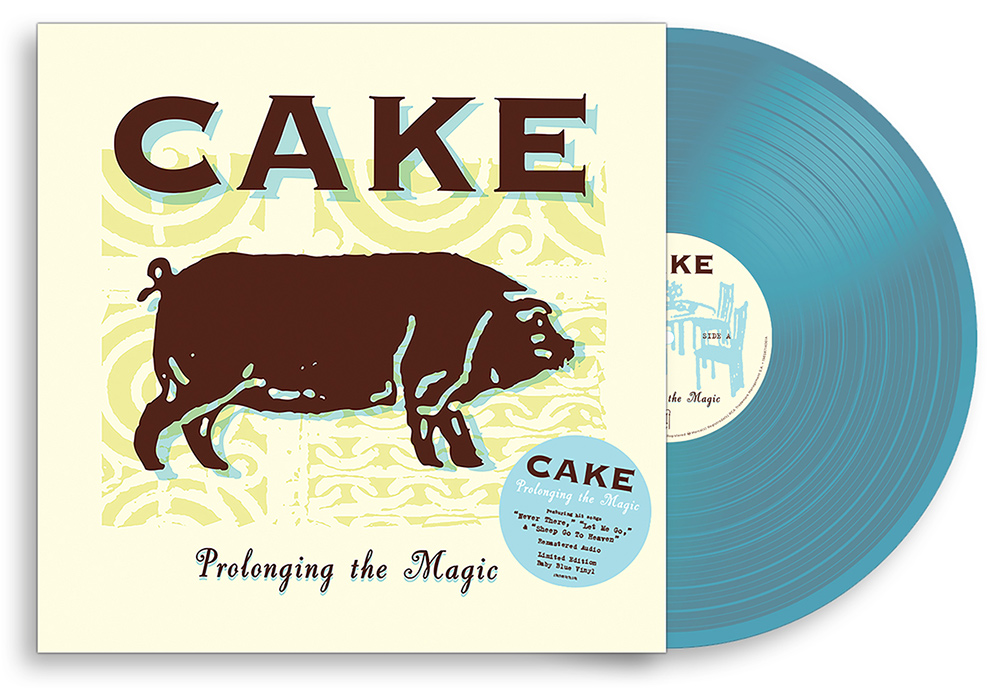 Prolonging the Magic, the third studio album by CAKE originally released in October 1998, is being offered as a vinyl record with remastered audio on its silver anniversary. In addition to black vinyl being more widely available, limited edition baby-blue vinyl will be available exclusively at the CAKESTORE.