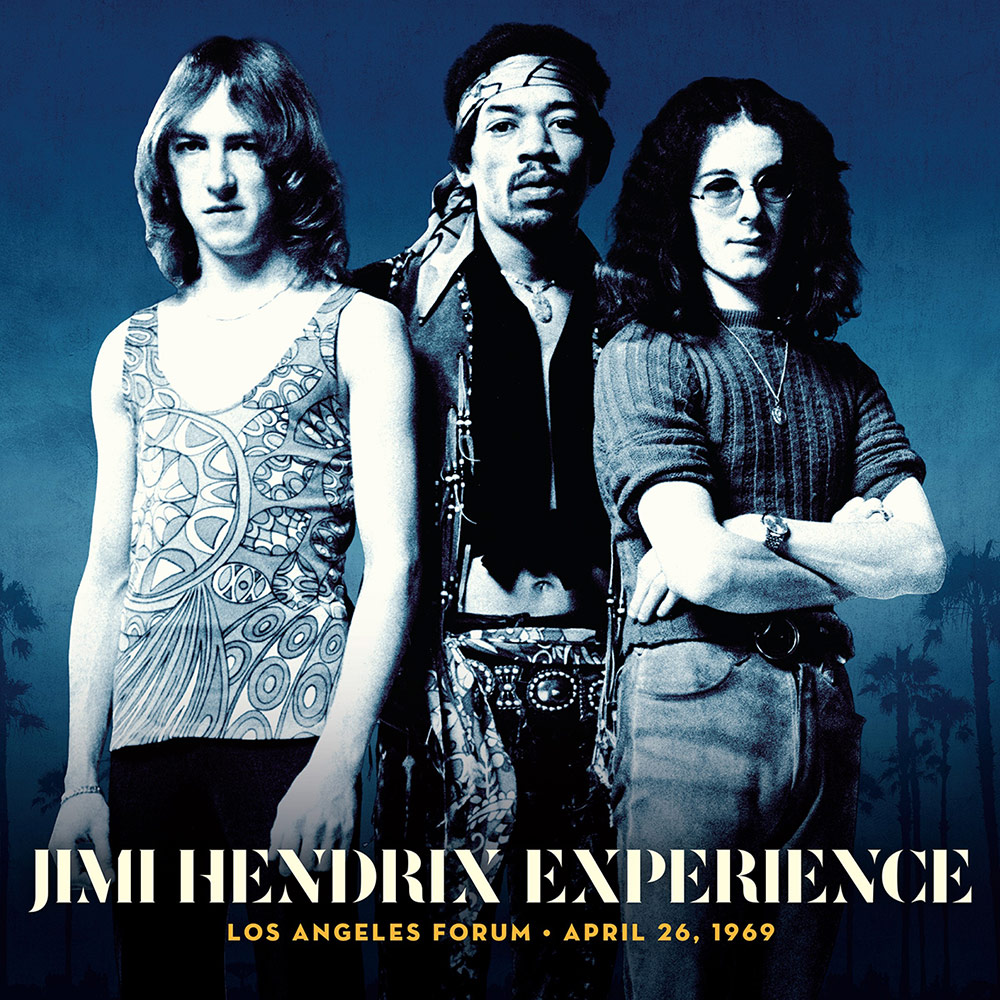 The evocative liner notes Billy F Gibbons contributed to Jimi Hendrix Experience – Los Angeles Forum April 26, 1969, chronicling his personal “experience” witnessing that performance more than five decades ago, are the basis for an animated short film that debuted earlier today via UltimateClassicRock.com. The ZZ Top front man recounts bearing witness to the show to which he was invited by Jimi after his pre-ZZ Top band The Moving Sidewalks shared concert bills with the Jimi Hendrix Experience.  Gibbons recently recorded his narration at a studio in Nashville and that audio was matched to evocative animated imagery that compliments his very specific recollection. He wrote/spoke, “VIP seating was yet to be, so we angled over to side-stage. I stood standing with arms folded and I remember Jimi looked over and gave me a nod, the same not that he gave me the first night that we played together when the Moving Sidewalks had to flesh out their opening set with “Purple Haze” and “Foxey Lady.”

The long-anticipated album is officially released this Friday, November 18 and will be preceded by an appearance by Gibbons sitting in with the band on Jimmy Kimmel Live the previous evening (Thursday, November 17). He’s set to perform Jimi Hendrix material on the actual Gibson Flying V guitar that Hendrix played at the Isle of Wight Festival in 1970. The historic guitar, part of Hard Rock International’s collection, is being flown to Los Angeles for the occasion.

Following the Thursday Kimmel taping, Billy and the iconic Flying V will make their way to LA’s Musichead Gallery where a ticketed reception for Janie Hendrix and John McDermott, authors of JIMI, a visually stunning and specially curated deluxe hardcover book from Chronicle Books’ Chroma imprint will take place. They will sign copies of the book and Billy will sign his LA Forum liner notes for attendees.

Tickets to the reception are available now at
https://www.eventbrite.com/e/experience-jimi-hendrix-book-lp-release-w-janie-hendrix-john-mcdermott-tickets-445332229687

Janie Hendrix is, of course, the sister of Jimi Hendrix and heads Experience Hendrix, L.L.C. the family-owned company that is responsible for safeguarding the legacy of Jimi Hendrix. John McDermott has been responsible for catalog development for Experience Hendrix for more than 25 years. They along, with Eddie Kramer, the original recording engineer with whom Hendrix worked from the time he first arrived in the UK in 1966 are the producers of Los Angeles Forum April 26, 1969.  Kramer, working with Chandler Harrod, worked on the Dolby Atmos mix of the album, the very first Hendrix title to have been released in the groundbreaking format. Last week, at an event at the Dolby Screening Room in LA, guests were treated to a playback of the enveloping Atmos version of the album. This Thursday, a Atmos playback event, to be attended virtually by Janie Hendrix, John McDermott and Eddie Kramer, is set for the Dolby Screening Room in London. The Atmos version of the album will be available for streaming simultaneous with the physical CD and LP release on Friday.