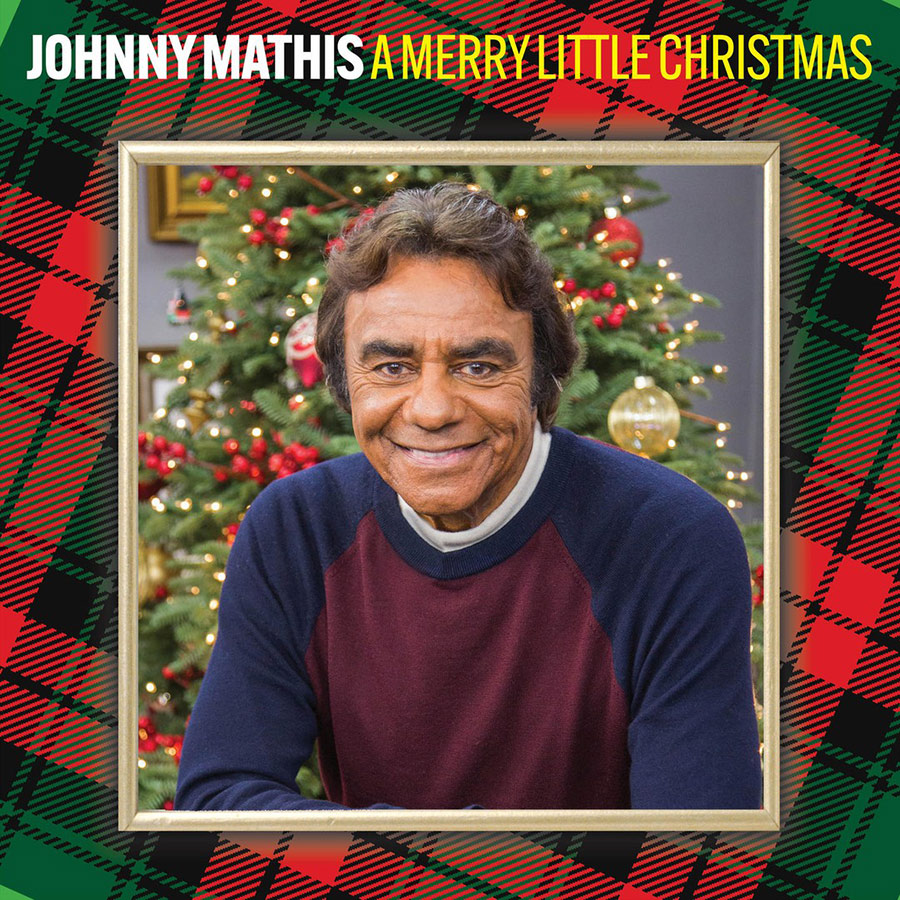 Johnny Revisits Favorite Christmas Classics with New Studio Performances of “Have Yourself a Merry Little Christmas,““Blue Christmas,“ “When A Child Is Born“ and “White Christmas“

Produced by Fred Mollin and Jay Landers, A Merry Little Christmas was recorded at Capitol Studios, Hollywood Village Recorders, West L.A., Soundstage Studios, Nashville and Zoomar South Studios, Nashville on March 19, 2022, April 10, 2022, and September 28-October 10, 2022. For his latest seasonal release, Johnny Mathis revisited four of his favorite yuletide classics–“Have Yourself a Merry Little Christmas,” “Blue Christmas,” “When A Child Is Born” and “White Christmas”–to create new memories for this year’s holidays and the year to come.

“Have Yourself a Merry Little Christmas“ was written in 1943 by Hugh Martin and Ralph Blane and introduced by Judy Garland in the 1944 MGM musical “Meet Me in St. Louis.” Johnny first recorded the song for 1963’s The Sounds of Christmas, which now infuses his 2022 performance with a transcendent poignancy.

“Blue Christmas“ is a post-war Christmas staple penned by Billy Hayes and Jay W. Johnson first recorded by Doye O’Dell in 1948 and made famous by Elvis Presley’s 1957 single. Johnny incorporated the song into his holiday répertoire on 1958’s Merry Christmas and taps deep emotional resonance in his 2022 interpretation.

“When A Child Is Born” takes its melody from “Soleado,” composed in 1974 by Ciro Dammicco (aka Zacar) and Dario Baldan Bembo; English language lyrics were written a few years later by Fred Jay (Friedrich Alex Jacobson). Johnny Mathis’ version of the song, taken from his 1976 album, I Only Have Eyes For You, was released as a single that hit #1 on the UK Singles Chart. It spent three weeks in the top slot in December 1976, including the coveted Christmas #1 spot, becoming an annual UK holiday favorite.

“White Christmas“ was originally written by Irving Berlin for the 1942 musical film “Holiday Inn.” Berlin’s composition won the Academy Award for Best Original Song at the 15th Academy Awards and has been covered by a multitude of artists with estimated total sales of the song in all its versions exceeding 100 million. Johnny recorded “White Christmas” for his first Christmas album in 1958 and keeps the spirit of the song and the holidays alive in his hearth-warming new version on this year’s Christmas EP.

“Christmas is very special for me,” says Johnny Mathis. “There were seven of us growing up and my mom and dad always made it such a wonderful, magical time.”

While still a teenager, Johnny Mathis signed his first contract with Columbia Records in 1956 and–including a tenure on his own Global label from 1963 to 1967 (initially distributed by Mercury and chronicled by Legacy in The Complete Global Albums Collection box set)–is the longest-running artist on the label. A sublime vocalist whose approach to pop music transcends passing fads and trends, Johnny Mathis has performed songs in an incredible variety of styles and categories — from music composed for stage and film to golden era jazz standards, contemporary pop hits, and holiday music both sacred and secular — assuring his reputation as one of the most enduring traditional pop vocalists in music history.

While 2016 marked the official 60th anniversary of Johnny Mathis signing with Columbia Records and the release of the singer’s groundbreaking debut album, Johnny Mathis (“A New Sound in Popular Song”), 2017 signaled the 60th anniversary of Johnny Mathis’s breakout year: 1957, when an unbroken string of Billboard charting singles– “Wonderful! Wonderful!” (#14), “It’s Not for Me to Say” (#5), “Chances Are” (#1), “The Twelfth of Never” (#9), “No Love (But Your Love)” (#21) and “Wild Is the Wind” (#22)–secured his reputation as AM radio’s Voice of Romance while setting the standard for traditional pop music for decades to come.

Celebrating 66 Years as The Voice of Romance