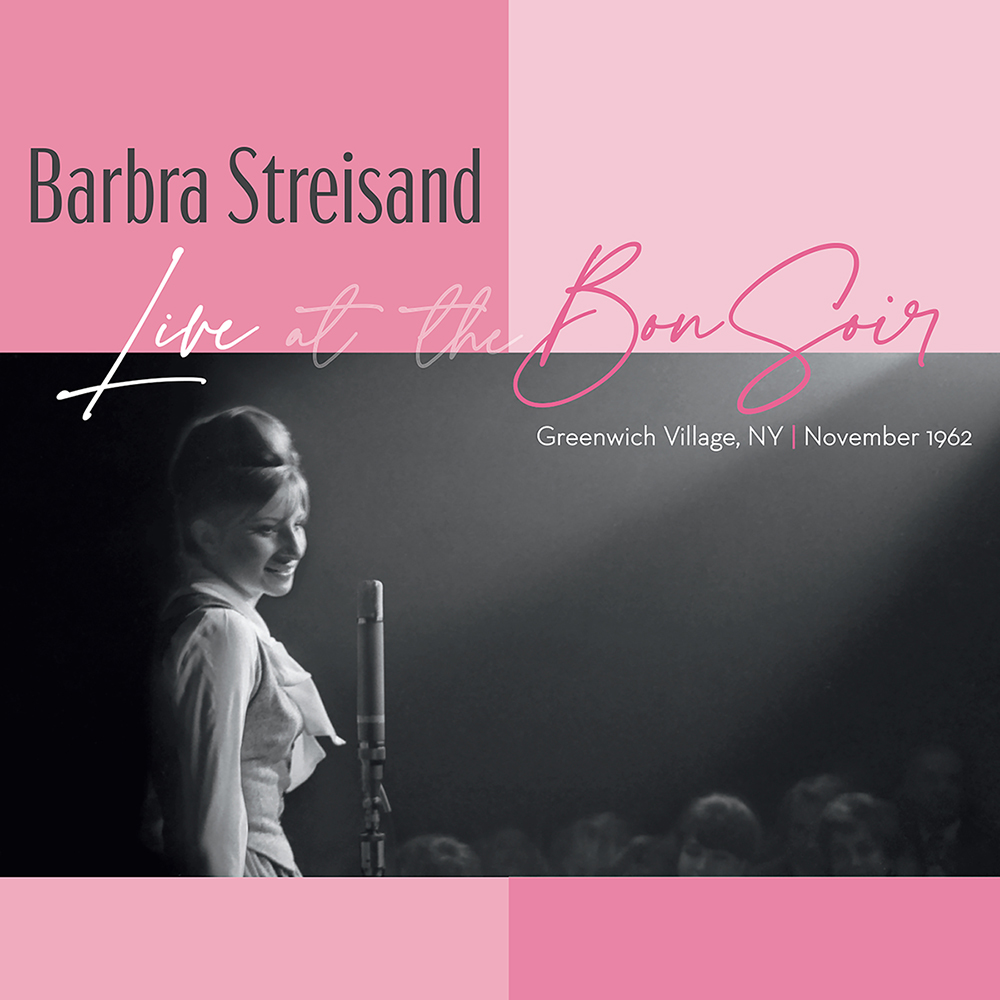 With the release of Barbra Streisand – Live At The Bon Soir, Columbia Records celebrates 60 years of making records with Barbra Streisand, the artist with the longest continuous catalog on the label and the only artist–male or female or group–on any label to chart #1 albums in every decade since the 1960s.

As Barbra says in her note to fans on the album, “I had never even been in a nightclub until I sang in one…. I sang two songs and won, which led to being hired at a more sophisticated supper club around the corner called the Bon Soir, with an actual stage…and a spotlight….the buzz that began at the Bon Soir led to a contract with Columbia Records in 1962, the start of a long association that continues to this day. The initial plan for my first album was to record it at the club, and these early tapes have been sleeping in my vault for six decades. I’m delighted to finally bring them out into the light and share what could have been my debut album, Live At The Bon Soir.“

In her album dedication, Barbra says that Live At The Bon Soir is “For my manager, Marty Erlichman, who believed in me from the start when I was 19 years old. We’ve been together now over 60 years with just a handshake!”

Available digitally or on CD, you can listen to Live At The Bon Soir HERE.

Impex is slated to release a 12″vinyl edition of Barbra Streisand -Live At The Bon Soir in 2023.