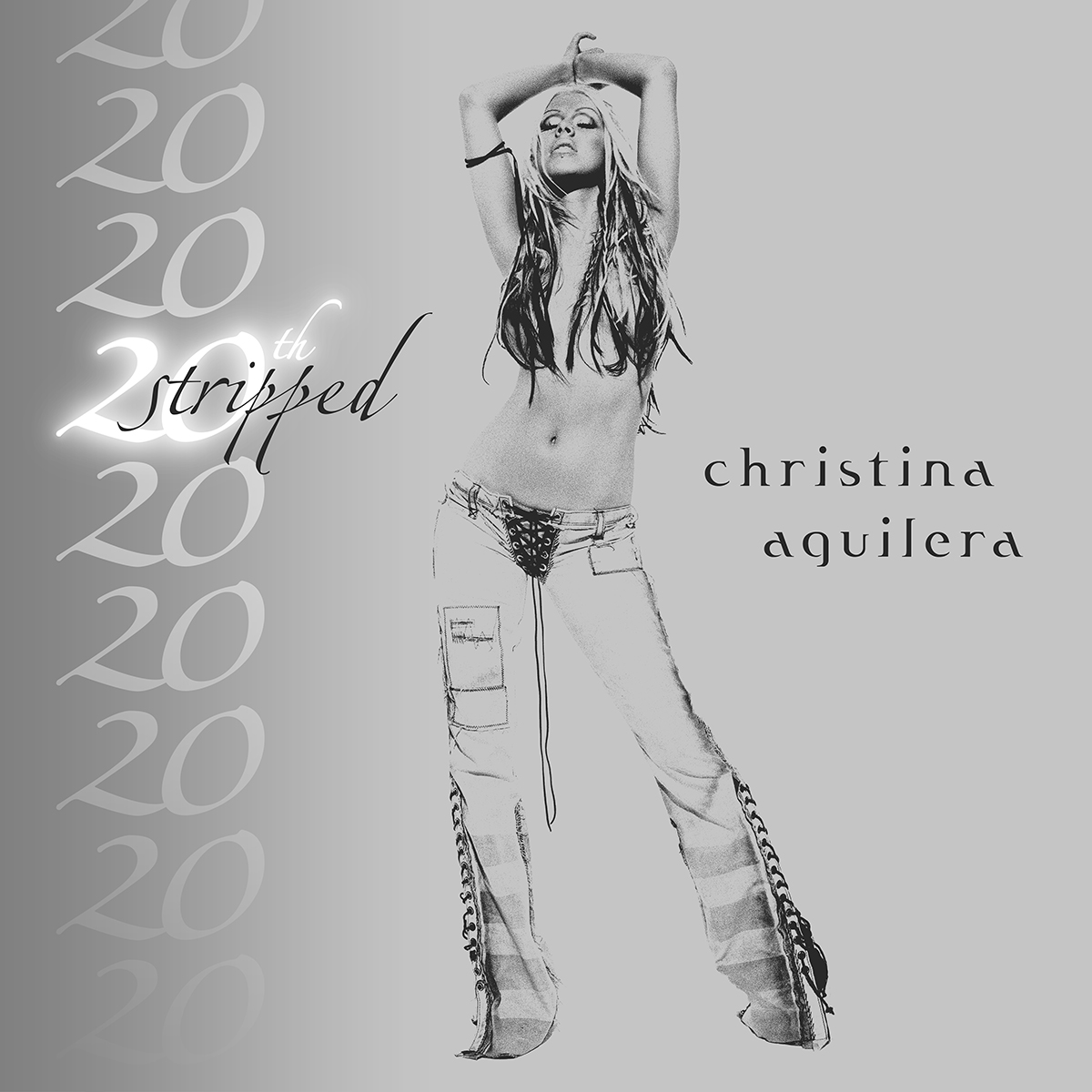 RCA Records and Legacy Recordings, the catalog division of Sony Music Entertainment, are celebrating the 20th anniversary of Christina Aguilera’s Stripped with the release of a deluxe digital edition available via all DSPs on Friday, October 21.

The forthcoming RCA/Legacy deluxe 20th anniversary edition of Stripped features new cover art and bonus tracks including pioneering Italian DJ/producer Benny Benassi’s 2022 remix of Christina’s signature track “Beautiful.” The album will be available in standard and, for the first time, Dolby Atmos and 360RA mixes, providing fans with an immersive listening experience. The deluxe digital edition of Stripped may be pre-ordered HERE.

Christina’s standout track from Stripped, “Beautiful,” has a new music video, directed by award-winning UK-based filmmaker Fiona Jane Burgess, premiering Wednesday, October 19 on Christina’s YouTube channel. The “Beautiful (2022 Version)” video explores the song’s message of self-acceptance, self-esteem and personal empowerment through vignettes of modern young people navigating the impact of social media and technology on their private lives and interactions in the real world. A provocative visual critique of online culture and the insecurities it fosters, the new “Beautiful” video takes an artistic and symbolic approach to the delicate and complex questions surrounding contemporary perceptions of beauty. Burgess has earned numerous awards including a Silver Young Director Award at Cannes Lions 2019, the Best Advertising at Aesthetica Short Film Festival 2021 and a spot on Campaign’s 2021 Top 10 directors list. A proud feminist, Burgess is drawn to projects that empower women and provoke debate. Aside from filmmaking, she runs regular workshops in an adolescent psychiatric unit as a drama and arts facilitator and is an advocate for greater mental health awareness. The themes of “Beautiful” reverberate in the message of the World Health Organization’s World Mental Health Day 2022 (commemorated on October 10) which aims to “make mental health and well-being for all a global priority.”

In commemoration of the anniversary of Stripped, Vinyl Me, Please (VMP) will offer an exclusive 20th Anniversary Edition available Friday, March 3, 2023 and may be pre-ordered HERE. The VMP edition is pressed on 2LP “Stripped” 12″ vinyl, packaged in a gorgeous gatefold jacket with the record’s lacquers cut by Barry Grint at Alchemy Mastering at AIR.

Originally released on October 22, 2002 by RCA Records, Stripped, Christina’s fourth studio album, found the artist taking full creative control of her sound and style, guiding her image and career from multi-Platinum chart-topping pop teen idol to a viable and credible avatar of feminist and outsider empowerment, who still topped the charts while delivering a message of psychic liberation. Executive produced by Christina Aguilera, Stripped marked a new creative direction for the artist, who co-wrote most of the songs, many addressing self-esteem and sex/gender identity issues. The album’s second single, “Beautiful,” is a universal celebration of inner beauty and has become an anthem for the LGBTQ community.

A groundbreaking masterpiece of seamless musical diversity, Stripped infused a bedrock pop and R&B foundation with elements of soul, rock, hip hop, flamenco and Latin music. Christina delivered the songs with a laser-focused stratospheric vocal virtuosity that struck a chord around the world. Stripped debuted at #2 on the US Billboard 200 (with first-week sales of 330,000 copies) and has been certified 5X multi-Platinum by the Recording Industry Association of America (RIAA). The album charted in the Top 5 in Canada, the Netherlands, Ireland, New Zealand and the United Kingdom, where it was her best-performing album in the United Kingdom. Stripped generated five Grammy Award nominations with “Beautiful” taking home the trophy for Best Female Pop Vocal Performance in 2004. Stripped has sold more than 12 million copies worldwide, making it one of the best-selling albums of the 21st century. Five singles were released from Stripped: “Dirrty” (featuring Redman), “Beautiful,” “Fighter,” “Can’t Hold Us Down” (featuring Lil’ Kim) and “The Voice Within.” Christina hosted the 2003 MTV Europe Music Awards, where she won the Best Female. Billboard named Christina Aguilera as the Top Female Pop Act of 2003.