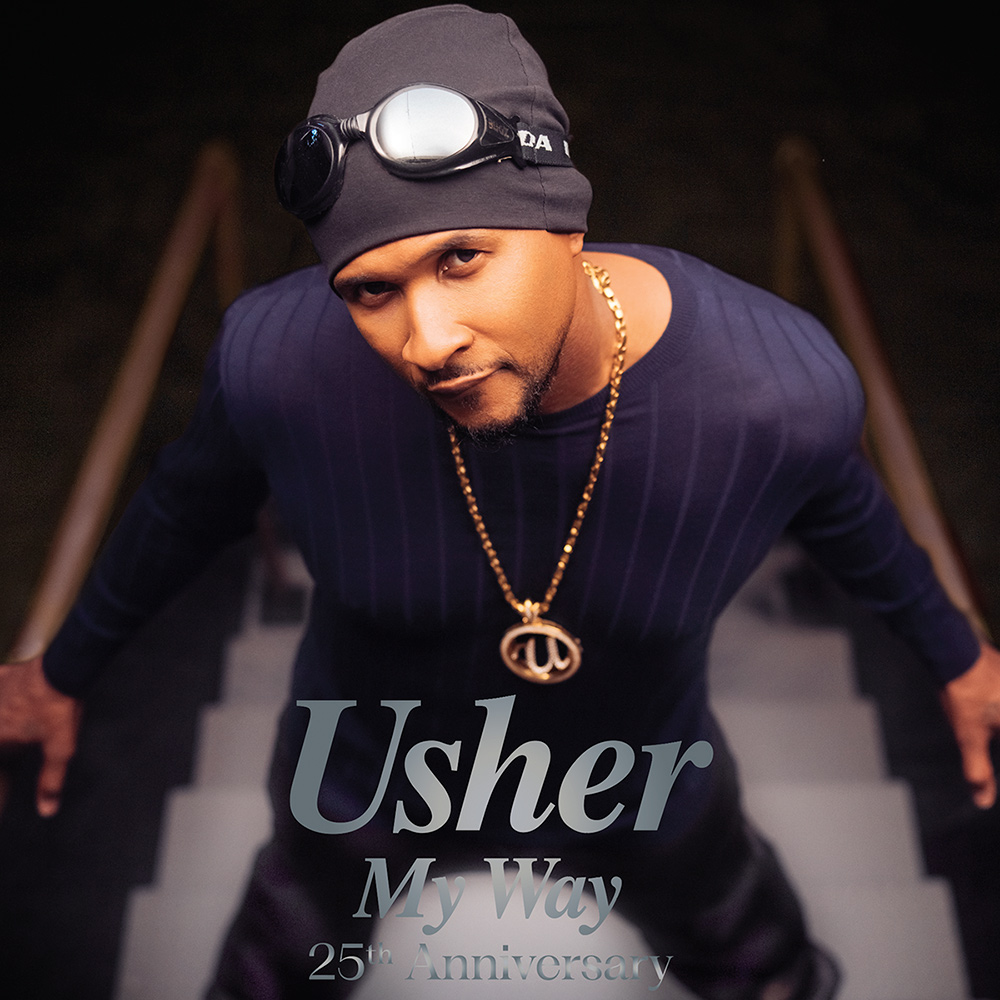 USHER: 25 YEARS MY WAY A MINI-DOCUMENTARY ON THE PAST, PRESENT AND FUTURE OF THE ALBUM OUT SEPTEMBER 16 EXCLUSIVELY VIA USHER’S YOUTUBE CHANNEL

LaFace Records and Legacy Recordings, the catalog division of Sony Music Entertainment (SME), are celebrating the 25th anniversary of global superstar Usher’s iconic album, My Way – the R&B masterpiece that rocketed him into the star-studded spotlight – with an expanded edition of the original album, newly reimagined versions of three tracks from the album, a mini-documentary and more on September 16, 2022.

The new tracks are:

The collaboration between Carr and Usher on the reimagined tracks influenced his Tiny Desk performance which now has over 11M views in two months and birthed a meme that continues to live across all media.

Released on September 16th, 1997 by LaFace Records, Usher’s My Way has been certified 7 times Platinum by the RIAA, with singles “You Make Me Wanna..” and “Nice & Slow” achieving triple platinum status. In 1997, the album solidified its mark in music history by charting number eleven on US Billboard’s Top 200 Albums of the Year.

The 25th anniversary deluxe edition of My Way pressed on 2LP 180g Silver Cloudy Vinyl will be available via Vinyl Me Please early 2023. The package features new album art that pays homage to the original cover from 1997, plus three reimagined tracks and a lyric and photo booklet to flip through as you listen. Pre-order yours HERE.

In celebration of 25 years of My Way and the release of the reimagined tracks, Sony Music Entertainment sat down with Usher to discuss the legacy of his sultry & sensational sophomore album. Usher: 25 Years My Way reflects on the past, honors the present, and envisions the future of Usher’s Grammy-nominated My Way – delving into discography origin stories, the album’s greater cultural impact, and the creative processes that inspired new renditions of “You Make Me Wanna…”, “Nice & Slow”, and “My Way”.

The Mini-Documentary includes a compilation of intimate interviews with Usher, Jermaine Dupri, and Ryan James Carr, along with footage of the “making of” the new renditions, and never-before seen archival footage of Usher from the album’s era.

Usher has changed music, culture and countless lives. Beyond selling over 80 million records worldwide and collecting dozens of awards, he has simultaneously lit up the small screen on NBC’s The Voice and the big screen in blockbusters such as Hustlers. He has also tirelessly distinguished himself as a devout humanitarian, raising tens of millions of dollars for various causes and uplifting youth via his New Look Foundation since 1999. A true outlier, he was equally at home on the stage of his blockbuster 2021 Las Vegas residency as he was on a 2016 government cultural mission to Cuba as part of President Barack Obama’s Presidential Committee for Arts and Humanities. The multiple GRAMMY Award-winning diamond-selling international megastar, actor, dancer, entrepreneur, philanthropist and proud Atlanta resident inspires change yet again in 2022 and beyond.

Thus far, he has gathered eight GRAMMY Awards and emerged as Billboard’s “#1 Hot 100 Artist of the 2000s,” “#2 most successful artist of the 2000s,” and “one of the best-selling artists in American music history,” according to the RIAA. He catapulted four consecutive albums to #1 on the Billboard Top 200, beginning with the landmark diamond-certified Confessions in 2004. He continued to push boundaries with a series of singles and shows before setting the stage for his ninth full-length offering in 2022.

Most importantly, Usher gives back at every turn. Under his leadership, the New Look Foundation provides opportunities for young people in underserved communities, enabling them to flourish and achieve seemingly impossible dreams. He has contributed to numerous philanthropic causes and historic advancements. He penned a moving essay in The Washington Post, lobbying for the recognition of JUNETEENTH as a holiday in 2020. Fostering the national and eventual congressional conversation, he attended the signing of the bill making JUNEETEENTH a federal holiday at its passage during 2021. He has achieved recognition and various honors from the Boys & Girls Club of America, the Trumpet Foundations, and Do Something. The NCAAP selected him as its 2010 Ford Freedom Award Scholar, and Morehouse College honored him with the prestigious 2014 “Candle Award.” In 2022, he took the stage at The Beloved Benefit, which exists to fortify and transform communities throughout Atlanta.