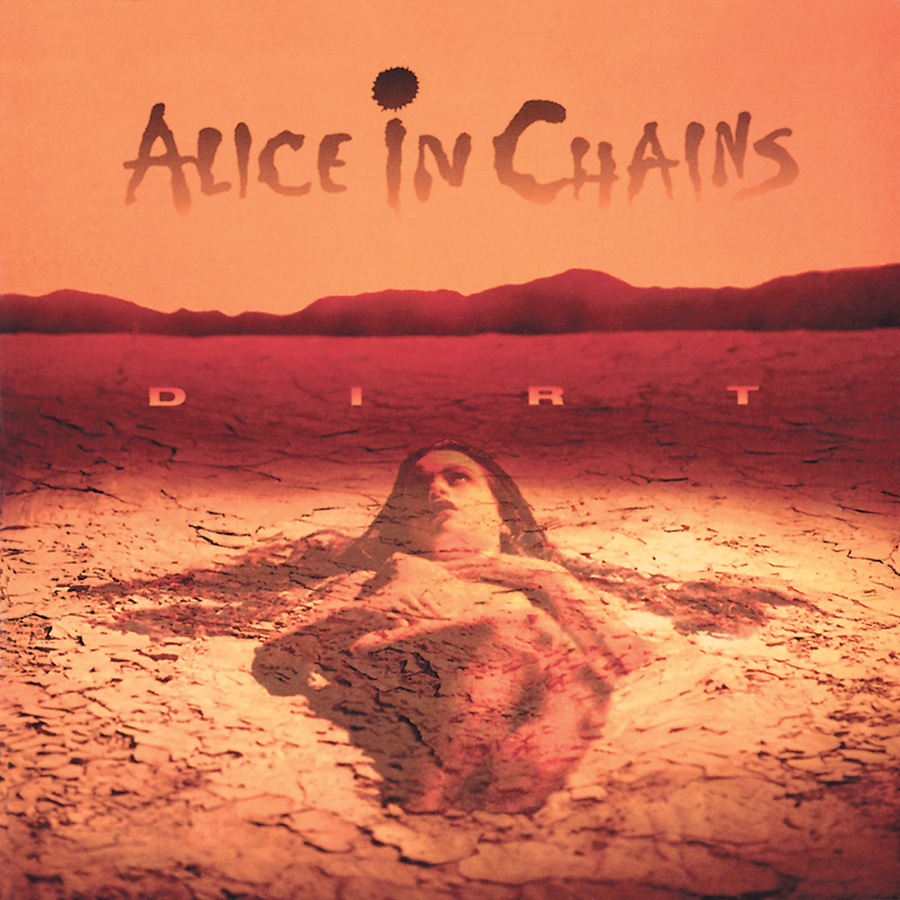 AIC’s Top-Selling 5X Platinum Album features Five Iconic tracks including “Would?,” “Down In A Hole,” “Them Bones,” “Rooster,” & “Angry Chair”

Walmart will be offering customers an exclusive apple red variant pressing of the 2LP 12″ vinyl 30th anniversary edition of Dirt which may be pre-ordered HERE.

Alice In Chains will release an exclusive translucent orange variant of the 2LP 12″ vinyl 30th anniversary edition of Dirt as a D2C offering on the band’s website. The AIC exclusive translucent orange pressing of Dirt will be available as a stand-alone purchase as well as a component in the ultimate Dirt Super Deluxe Package which also includes a resin figurine custom sculpted girl from the album cover as a vinyl topper and magnet, four show posters, a 24″ square poster featuring the album cover and band photo, four reimagined Dirt album cover prints, a Dirt hardcover book with never before seen photos, CD with remastered audio, and the album’s five 7″ vinyl singles: “Them Bones,” “Down In A Hole,” “Rooster,” “Angry Chair” and “Would?” Pre-order HERE.

Each of the singles has been released with a music video, all previously up-rezzed to HD.

Alice In Chains began recording Dirt in the spring of 1992, working again with producer Dave Jerden, who’d helmed their debut studio album, Facelift, in 1990. Laying down tracks for Dirt at Eldorado Recording Studio in Burbank, California, London Bridge Studio in Seattle, and One on One Studios in Los Angeles from April to July 1992, Alice In Chains surpassed all expectations, creating one of the foundational albums of grunge and the best-selling album of the group’s career.

Dirt peaked at #6 on the Billboard 200 and remained on the Billboard charts for nearly two years. The album was voted Kerrang! Critic’s Choice Album of the Year for 1992 and in October 2011, Guitar World ranked Dirt as the #1 guitar album of 1992.

Alice In Chains will hit the road for a co-headline tour with Breaking Benjamin and special guest Bush, running from August 10 through October 8. Details HERE.

The band also recently partnered with Funko to launch a Pop! Album Deluxe to commemorate the Dirt anniversary featuring the 4 band members. This Funko 4 vinyl figurine set is available for pre-order now. HERE.