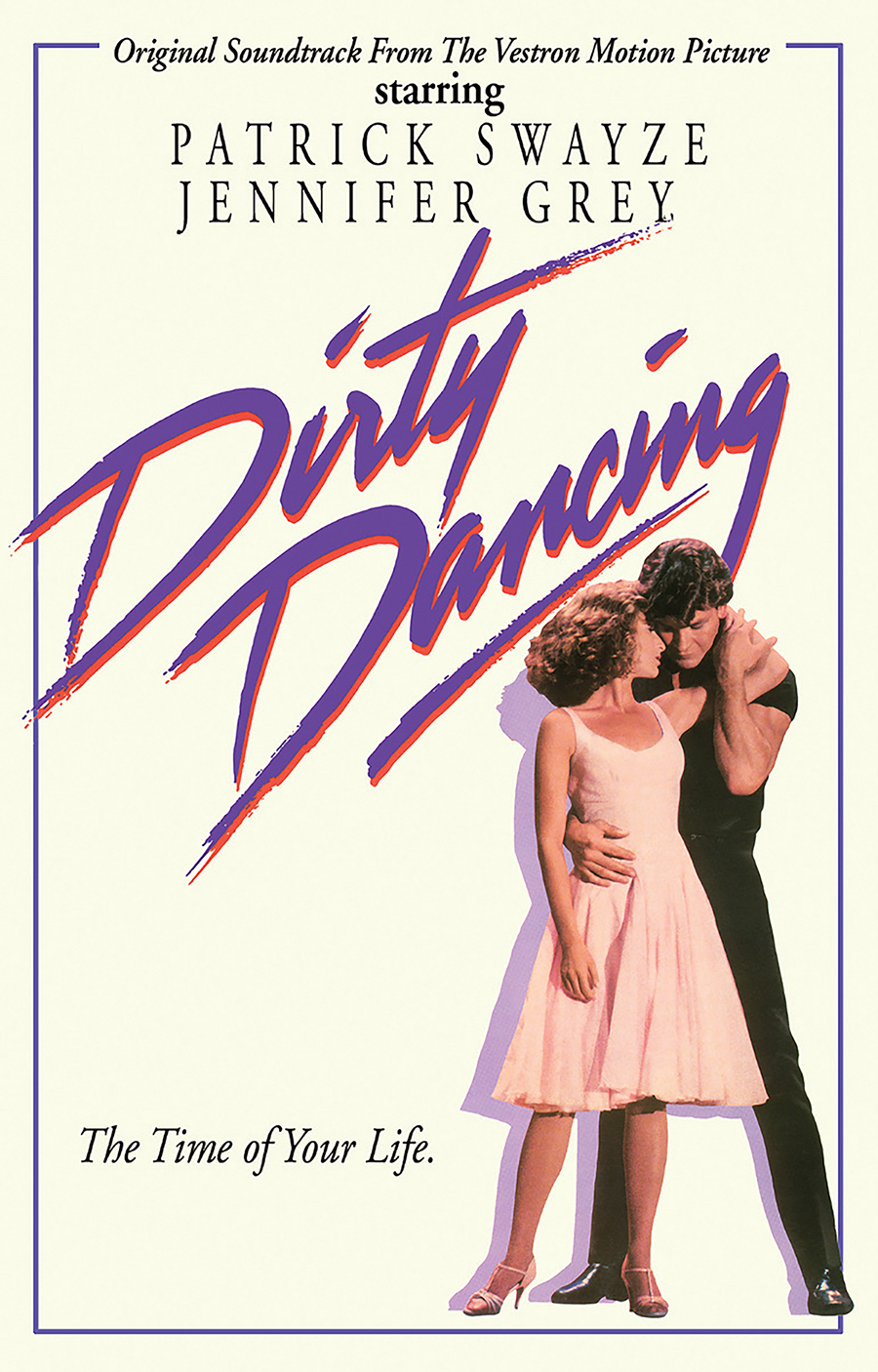 The 35th anniversary cassette edition of Dirty Dancing (Original Motion Picture Soundtrack) honors the Side A/Side B playing order of the original soundtrack album, showcasing these twelve classic tracks the way they’re meant to be heard. The “Dirty Dancing” soundtrack generated two multi-platinum albums and multiple hit singles notably the iconic standard “(I’ve Had) The Time of My Life,” performed by Bill Medley and Jennifer Warnes, which won the Academy Award for Best Original Song, the Golden Globe Award for Best Original Song and the Grammy Award for Best Pop Performance by a Duo or Group with Vocals.

“Dirty Dancing” is a dramatic American dance film and classic romance, written by Eleanor Bergstein, produced by Linda Gottlieb, directed by Emile Ardolino, starring Patrick Swayze (as Johnny Castle) and Jennifer Grey (as Francis “Baby” Houseman) in the story of a young woman who falls in love with a dance instructor at a vacation resort. The film’s pro-choice storyline stoked controversy at the time of release and has only become more relevant in the intervening years. Premiering at the 1987 Cannes Film Festival, “Dirty Dancing” was released in the US on August 21, 1987 and went on to earn more than $214 million worldwide while becoming the first film to sell more than a million copies in the home video market.

1. “(I’ve Had) The Time of My Life” (from “Dirty Dancing” Soundtrack) – Bill Medley, Jennifer Warnes

3. “She’s Like the Wind” (from “Dirty Dancing” Soundtrack) – Patrick Swayze

5. “Stay” – Maurice Williams and the Zodiacs

5. “Where Are You Tonight?” (from “Dirty Dancing” Soundtrack) – Tom Johnston 6. “(I’ll Remember) In The Still of the Night” – The Five Satins