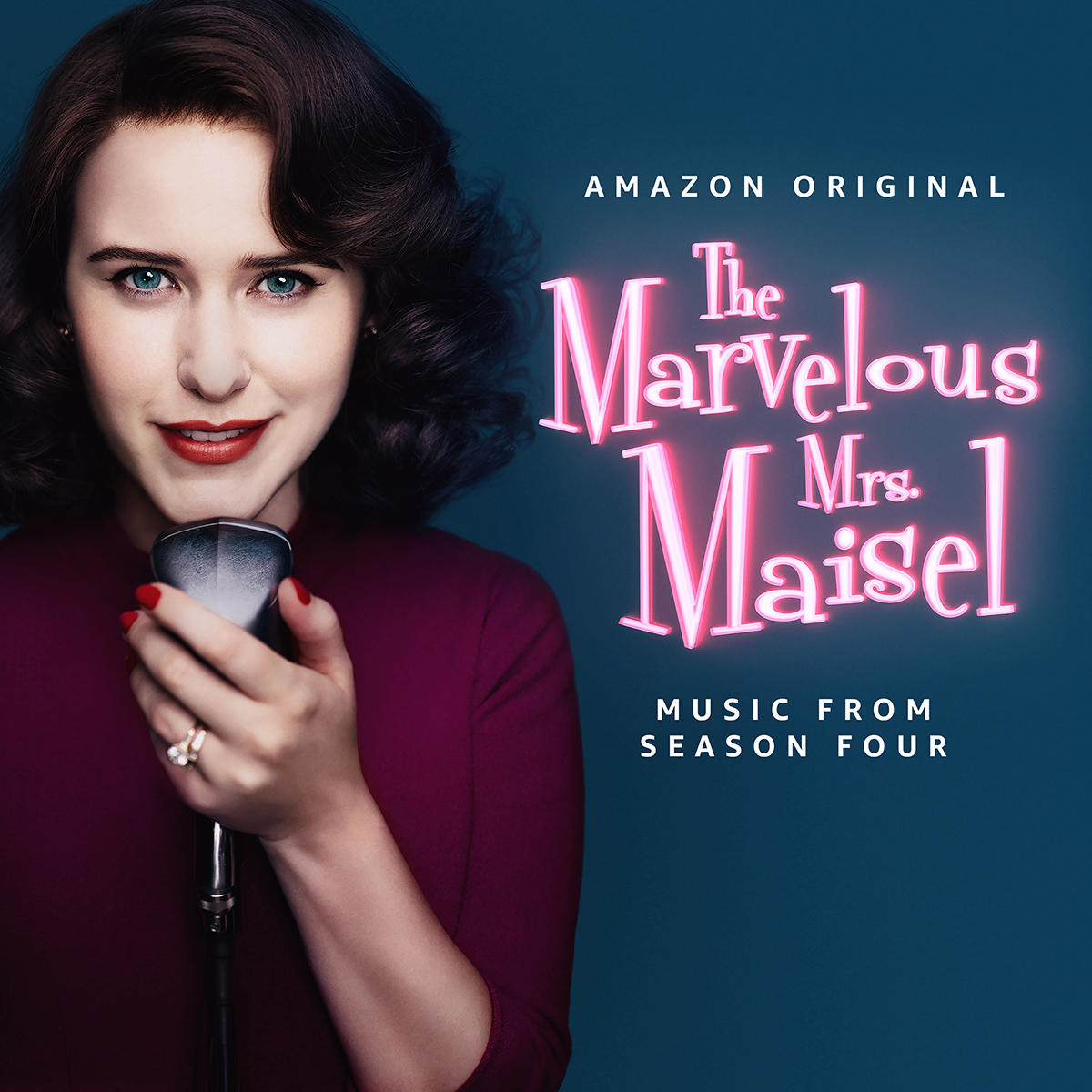 Legacy Recordings, the catalog division of Sony Music Entertainment, is releasing The Marvelous Mrs. Maisel: Season Four (Music From The Amazon Original Series) as a digital album on Friday, March 4.

Featuring the same 15 recordings as the digital album, but in a different playing order, The Marvelous Mrs. Maisel: Season Four (Music From The Amazon Original Series) — will be available on CD (April 29) and 12″ vinyl (November 4) and may be preordered HERE.

In the series created by Amy Sherman-Palladino, in 1958 New York, Midge Maisel’s life is on track– husband, kids, and elegant Yom Kippur dinners in their Upper West Side apartment. But when her life takes a surprise turn, she has to quickly decide what else she’s good at – and going from housewife to stand-up comic is a wild choice to everyone but her. The Marvelous Mrs. Maisel stars Emmy-winner Rachel Brosnahan, four-time Emmy-winner Tony Shalhoub, three-time Emmy-winner Alex Borstein, Emmy-nominee Marin Hinkle, Michael Zegen, Kevin Pollak, Caroline Aaron, and Emmy-winner Luke Kirby. Sherman-Palladino and Daniel Palladino, serve as the show’s writers, directors and executive producers.

“Writing original songs for Season Four was a joyride. When else in our career are we going to be asked to write 60s pop, a calypso wedding toast, classic burlesque strips, and even a fake Golden Age Broadway musical?” said songwriters Thomas Mizer and Curtis Moore. “Every time Amy and Dan would call with a new assignment we’d laugh at this new wild, musical adventure. Then we’d hang up and wonder if they were punking us.”

The fourth season of The Marvelous Mrs. Maisel debuted on Prime Video on February 18, with two new episodes dropping every Friday for four weeks.

In Season Four, it’s 1960 and change is in the air. Looking to hone her act, Midge finds a gig with total creative freedom. But her commitment to her craft—and the places it takes her—creates a rift between her and the family and friends around her.