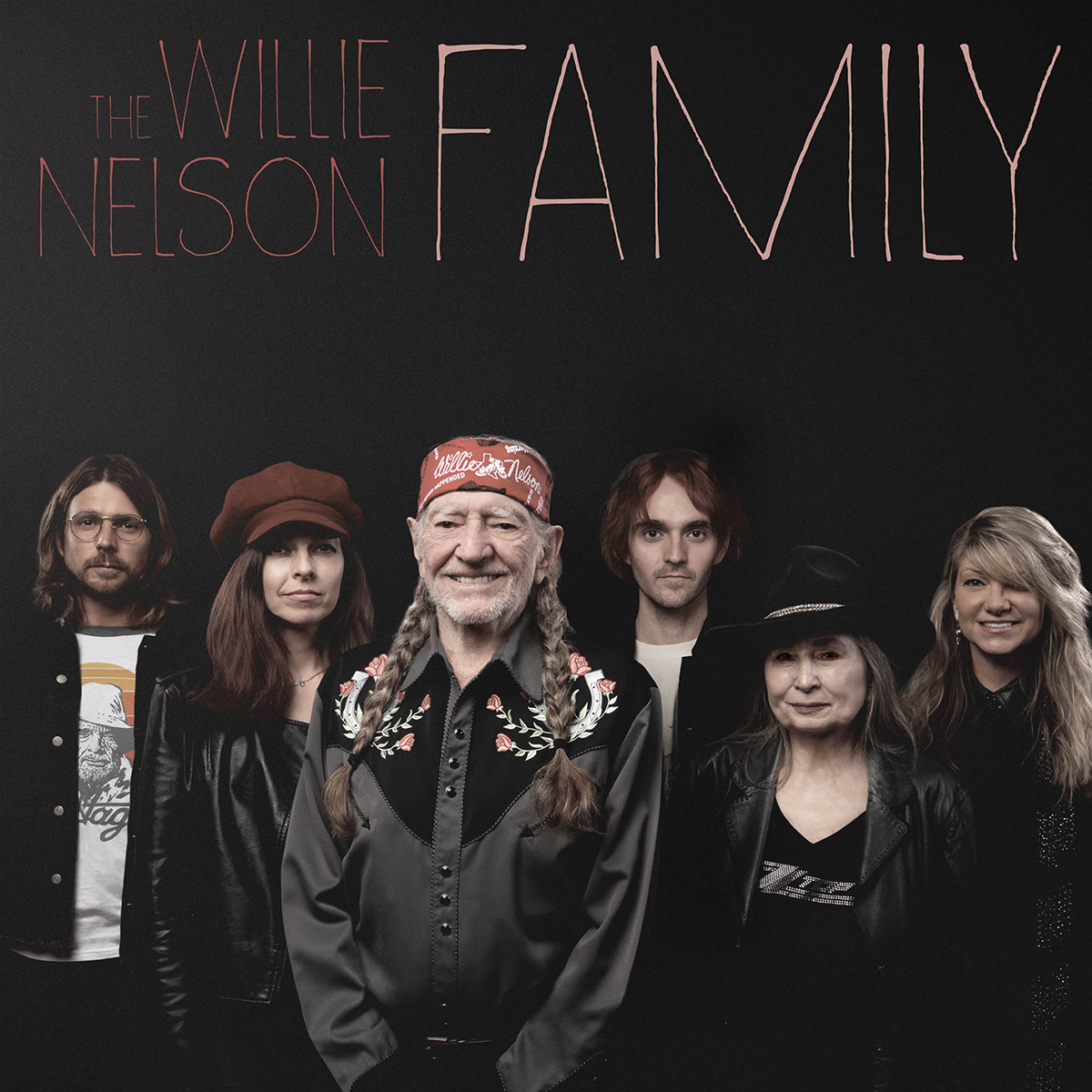 The Willie Nelson Family will be available on CD and digital formats. Pre-order here.

“Family Bible,” the first single from The Willie Nelson Family album, will be released Thursday, September 23. One of Willie Nelson’s earliest compositions, “Family Bible” was penned in 1957, inspired by scenes of Willie’s grandmother singing “Rock of Ages” and reading from the Bible after supper. A struggling young songwriter moving to Houston, Willie sold the song to Paul Buskirk, who enlisted singer Claude Gray to record Nelson’s original songs (including “Family Bible” and “Night Life”). Gray’s single version of “Family Bible” was released in February 1960 and reached #7 on Billboard’s Hot Country Singles chart. The single’s success enabled Willie to move to Nashville, where he established his reputation as a songwriter. Willie recorded his own version of “Family Bible” for the first time on his 1971 album, Yesterday’s Wine and has featured the song as a staple in his live performances. The new studio recording of “Family Bible” on The Willie Nelson Family is an essential addition to Willie’s catalog.

Shaped around a setlist of 12 favorite spirit-driven songs from the Nelson Family repertoire, The Willie Nelson Family draws on deep Americana (including A.P. Carter’s “Keep It On The Sunnyside” and the traditional hymn “In The Garden”) while celebrating classic songwriting from Hank Williams (“I Saw The Light”) and Kris Kristofferson (“Why Me”) to George Harrison (“All Things Must Pass”) and Willie Nelson (who penned half of the album’s compositions).

Produced by Willie Nelson and Steve Chadie, The Willie Nelson Family was recorded and mixed by Chadie at Pedernales Studios in Austin, Texas.

Willie’s son Lukas (who fronts his own band, Lukas Nelson & Promise of the Real) sings lead vocals on two of the album’s tracks–“All Things Must Pass” and “Keep It On The Sunnyside”–while sharing lead vocals with Willie on “I Saw the Light,” “I Thought About You, Lord” and “Why Me.”

Four of the performances on The Willie Nelson Family–“Heaven and Hell,” “Kneel at the Feet of Jesus,” “Laying My Burdens Down” and “Family Bible”–are among the last recordings Willie made with his longtime drummer and pal Paul English. Paul and Willie first played together in Fort Worth in 1955; Paul became Willie’s regular drummer in 1966 and an essential member of the Family until he passed away, at age 87, on February 11, 2020.

Willie Nelson was one of the organizers of the first Farm Aid concert in 1985, an event raising awareness about the loss of family farms in America; the annual concerts are the fundraising cornerstone of Farm Aid, a nonprofit organization whose mission is to keep family farmers on the land. “After 30 years, we are still here, you’re still here, and together we’re still fighting for the farmers. The fight ain’t over yet but we’re gaining on those suckers, so stay with us,” said Willie Nelson.