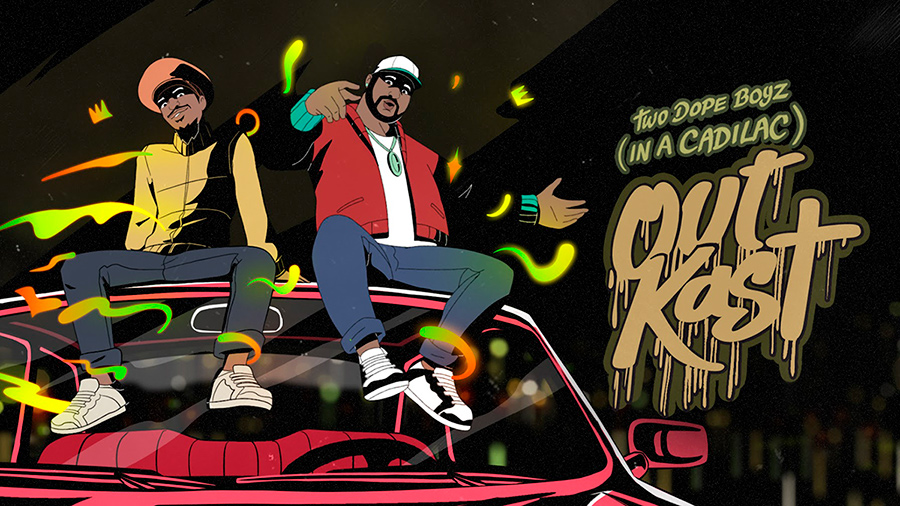 ATLiens producers Organized Noize will also host a live stream event with all members of the group (Sleepy Brown, Rico Wade, and Ray Murray) at The Dungeon on Monday, August 30th. The event will include Brandon Butler of Butter.ATL and Dr. Joycelyn Wilson (Ph. D in Hip Hop and Urban studies) to celebrate the 25th anniversary. The live stream will be on IG Live and Volume.com.

Produced by London-based digital agency F That, the Outkast/ATLiens 25th anniversary video game gives fans the opportunity to play as André 3000 and Big Boi battling aliens in Atlanta. The aim of the game is to collect as many vinyl discs as quickly as possible in order to score maximum points. The game, which works on mobile and desktop browsers, integrates with Apple Music and Spotify. Founded in 2019, F That are a London-based deviant digital agency that produce content designed to make an impact. The agency was founded in 2019 and specialize in gamified and disruptive content made to maximize replay ability and sharing.

Both the “Two Dope Boyz (In A Cadillac)” animated music video and the Outkast/ATLiens interactive video game are part of SME/Legacy/Certified’s 25th anniversary celebration of Outkast’s cinematic hip-hop masterpiece which includes an expanded edition of the album, newly uprezzed HD videos of the album’s key singles, limited edition 25th anniversary merchandise and more.