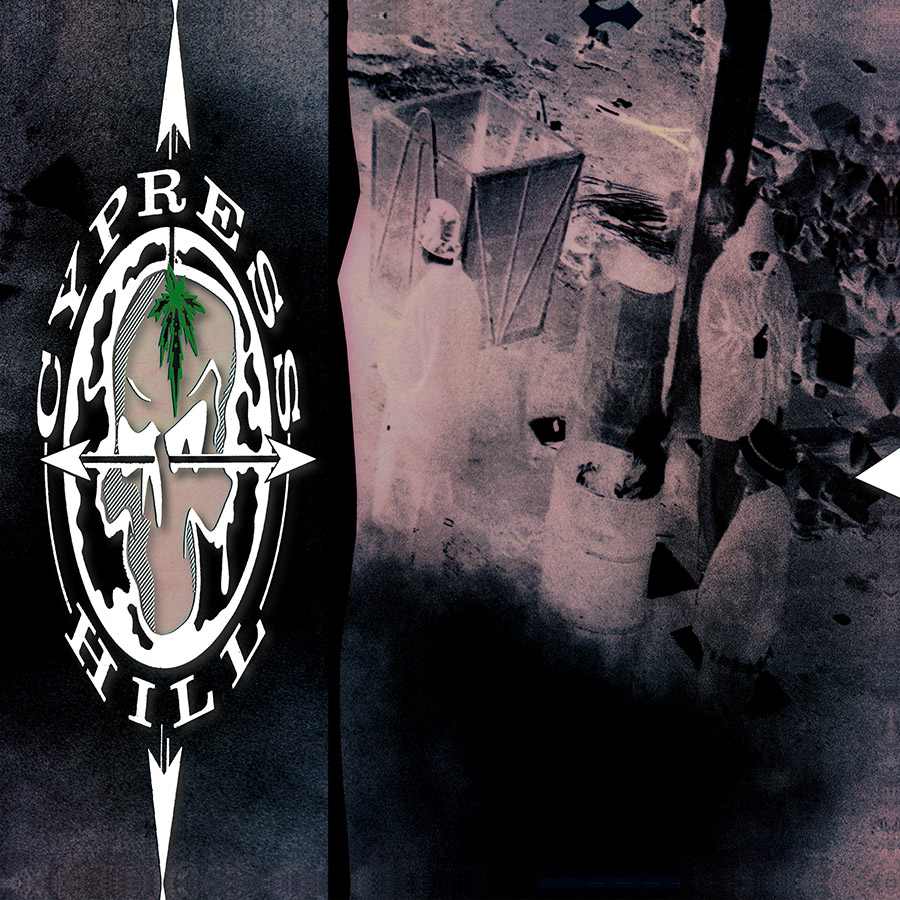 Legacy Recordings, the catalog division of Sony Music Entertainment (SME), and SME’s Certified invite fans to celebrate the 30th anniversary of Cypress Hill, the self-titled studio debut album that shaped the course of hip-hop history while putting Cypress Hill (vocalists B-Real and Sen Dog, producer/turntable master DJ Muggs) and their game-changing sound on the map for future generations to follow.

Additional tracks on the expanded digital edition of Cypress Hill (30th Anniversary) include “The Phuncky Feel One” (Extended Version), “Stoned Is The Way Of The Walk” (Reprise), and “Puerco (Pigs)” (Spanish Edit).

In addition to the expanded edition of Cypress Hill (30th Anniversary), two newly-created 30th anniversary remixes of songs from the album will be available as stand-alone singles: “How I Could Just Kill A Man” by Alchemist and Beat Butcha is being released today, Friday, August 13 with a new remix of “Hand On The Pump” by DJ Muggs coming soon.

Listen to Cypress Hill “How I Could Just Kill A Man” Remix by Alchemist and Beat Butcha here.

A new animated video for “Pigs,” the raucous critique of police corruption that opens Cypress Hill, will premiere soon.

Classic Cypress Hill music videos have been uprezzed to High Definition and include “How I Could Just Kill A Man,” “Hand On The Pump,” “The Phuncky Feel One,” “Stoned Is The Way I Walk,” and “Latin Lingo.”

Get On Down will release an exclusive limited edition Cypress Hill (30th Anniversary) box set containing the full album spread across six 7″ vinyl singles, presented in a hardcover casebook with built-in sleeves, plus an 80-page booklet featuring liner notes containing anecdotes from the members of Cypress Hill, press clippings and rare photos provided by the group, all housed in a premium outer slipcase debossed with the iconic Cypress Hill logo in metallic red foil, limited to 2,000 copies. Available for pre-order here.

Get On Down is also releasing a limited edition 2LP Red and Black Galaxy Effect colored vinyl version of Cypress Hill (30th Anniversary) with three bonus tracks, housed in a deluxe gatefold jacket with liner notes and a numbered OBI strip. Limited to 1,991 copies, this special colored vinyl edition of Cypress Hill (30th Anniversary) is available for pre-order here.

In addition, the definitive Cypress Hill documentary “Hits From the Bong,” produced by Sony Music’s Premium Content Division and Mass Appeal and directed by culture icon Estevan Oriol, will premiere on Showtime next year as part of the network’s collaboration with Mass Appeal, “Hip-Hop 50” franchise, an ongoing celebration of fifty years of Hip Hop history.

Originally released on August 13, 1991 by Ruffhouse Records/Columbia Records, Cypress Hill, a groundbreaking manifesto from the revolutionary West Coast hip-hop group, established the look, sound and attitude of Cypress Hill as an undeniable force on the pop culture scene. With all tracks produced by DJ Muggs, Cypress Hill crossed the group over from hardcore hip-hop to mainstream success and could be heard on radios from coast-to-coast, from urban centers to college dormitories. The RIAA certified the album double platinum in the United States, making Cypress Hill one of the first hip-hop groups ever to achieve multi-platinum sales.

Hailing from South Gate, California, Cypress Hill has sold more than 20 million albums worldwide over the group’s 30 year career. Acknowledged as prime avatars and progenitors of West Coast hip-hop from the 1990s onward, Cypress Hill have long advocated for the medical and recreational use of cannabis and, in 2019, became the first Latino hip-hop group to have their own star on the Hollywood Walk of Fame.