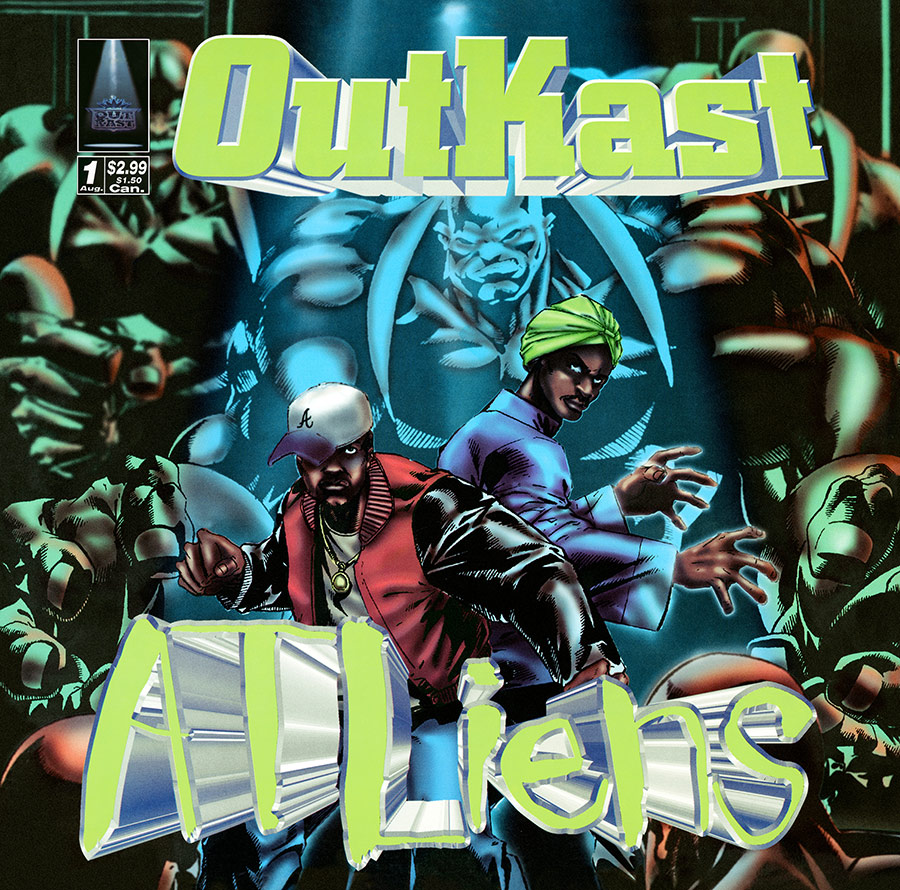 Legacy will be releasing a limited edition 25th Anniversary 4LP 12″ vinyl edition of ATLiens which will include the original release on 2LPs and the previously unavailable instrumental album on 2LPs. Pre-order available here.

Coming to you from Vinyl Me, Please (VMP), in association with SME, is the “extraterrestrial-straight from ATL” sophomore album from Outkast, ATLiens. The 25th Anniversary Edition of ATLiens will be featured as Vinyl Me, Please’s Hip-Hop Record of the Month for August 2021. Available to VMP members on 2LP Neon Green and Blue Galaxy vinyl, this album is mastered at half speed and includes an exclusive Listening Notes booklet for an overall listening experience that is out of this world. Join Vinyl Me, Please as they explore new galaxies of sounds that are lost and found to create transcendent tangible music experiences. Preview the ATLiens 2LP vinyl experience here.

Get On Down is releasing an exclusive bundle including a 4LP set housed in custom gatefold jacket with printed inner bags pressed on standard black vinyl; the Get On Down set includes the ATLiens original vocal album and the full-length instrumental album, commercially available for the first time. Exclusive to Get On Down, the Glow In The Dark big hole 45, featuring the single “Elevators” b/w “ATLiens,” housed in a custom printed inner sleeve and miniature outer jacket facsimile of the commercial 12″ release.  This 45 vinyl pressing will be limited to 3000 copies. Pre-order the Get On Down anniversary vinyl bundle here.

Merch Traffic has curated an e-commerce collection to commemorate the groundbreaking and one of a kind ATLiens album. The collection features custom-made pieces, hand-drawn artwork, and a variety of unique novelty items specifically made for the 25th Anniversary. Items can be found at Outkast-Shop.com.