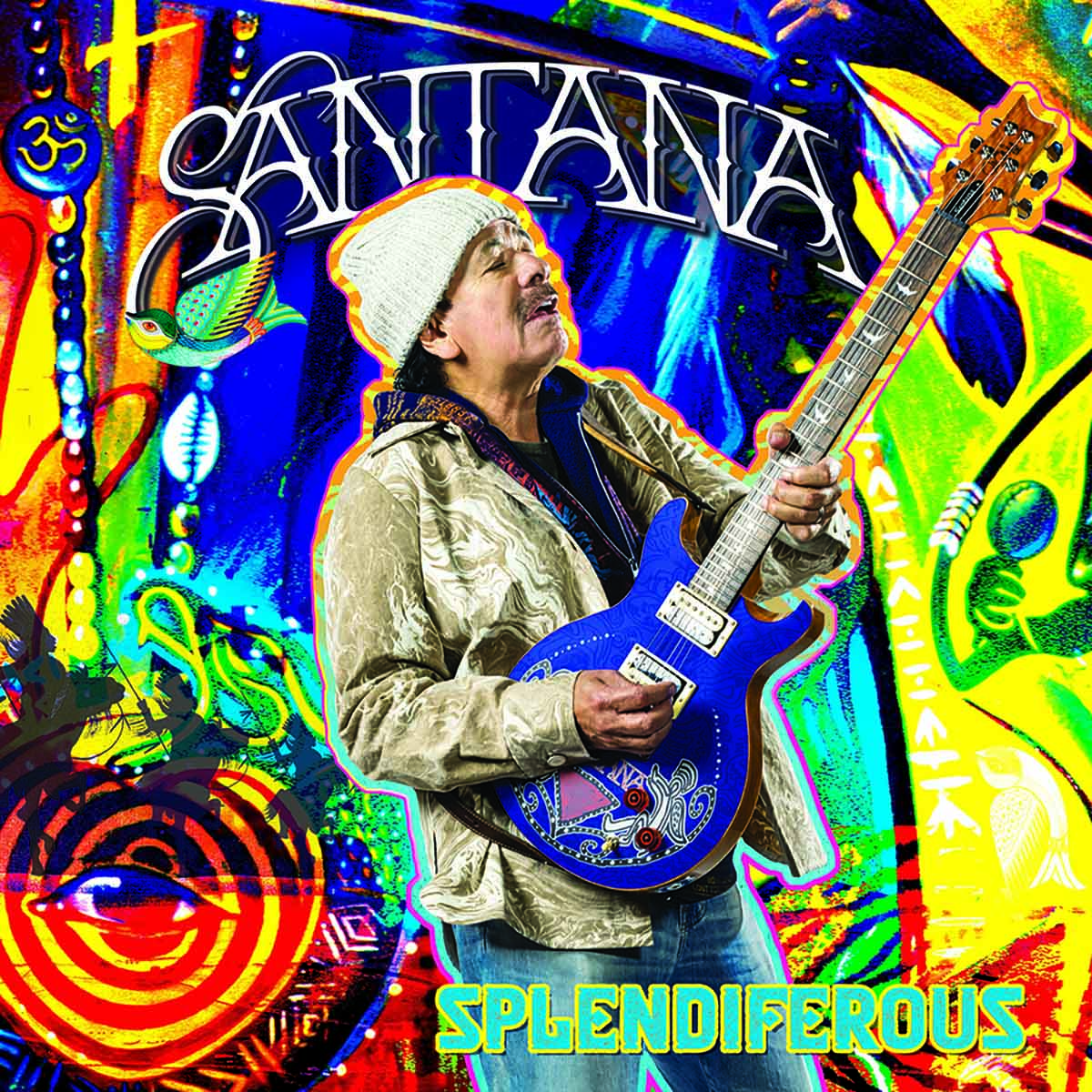 “Splendiferous is a vision collection of incredible songs that I feel needed to be shared with the listeners’ heart. I personally compiled the songs in a flow that speaks to me and tells a story, outside of time. The songs are assigned and designed to unite and celebrate humanity and bring healing and intimacy. I invite you to turn it up and join us for a glorious ride and enjoy ‘The Summer of Santana!’ It’s going to be Splendiferous!” says Carlos Santana.

Splendiferous Santana focuses on the too-often-underappreciated, yet creatively fertile period following Santana’s 1998 induction into the Rock & Roll Hall of Fame and the massive success of 1999’s Supernatural, which took home nine Grammy Awards (including Album of the Year) while earning 15x platinum RIAA status and selling 30 million copies worldwide.

In the wake of Supernatural, Santana released a series of remarkable recordings–among them 2003’s Shaman, 2005’s All That I Am and 2014’s Corazón—that stand with the best that Carlos, or his band, have ever made. Many of these songs and performances were overlooked at the time of their release and are being presented anew on Splendiferous Santana as essential musical elements in the Santana canon.

When choosing his favorite tracks for Splendiferous Santana, Carlos selected nine songs each from Shaman and All That I Am, six from Corazón (including the “La Flaca” single featuring Juanes), three from 2007’s Ultimate Santana, two from 2019’s Africa Speaks (featuring vocalist Buika) and one from 2012’s Shape Shifter.

About Carlos Santana:
For more than five decades – from Santana’s earliest days as a groundbreaking Afro-Latin-blues-rock fusion outfit in San Francisco – Carlos Santana has been the visionary force behind artistry that transcends musical genres and generational, cultural and geographical boundaries. To date, Santana has won ten Grammy Awards and three Latin Grammys, with a record-tying nine Grammys for a single project for 1999’s Supernatural (including Album of the Year and Record of the Year for “Smooth”). He has received the Billboard Century Award (1996), was ushered into the Rock and Roll Hall of Fame (1998), received the Billboard Latin Music Awards’ Lifetime Achievement honor (2009), and was the recipient of the Kennedy Center Honors Award (2013). Among many other distinctions, Carlos Santana has been cited by Rolling Stone as #15 on their list of the “100 Greatest Guitarists of All Time;” and has joined the Rolling Stones as one of only two bands to have an album reach the Top 10 in every decade since the 1960s. In 2018, he released his first MasterClass, and recently celebrated three epic milestones – the 20th anniversary of his groundbreaking album Supernatural, the 50th anniversary of his legendary performance at Woodstock, and the 50th anniversary of his masterpiece Abraxas. His most recent album, the powerful, energy-infused Africa Speaks (2019), inspired by the sounds and rhythms of Africa, was called his “best record in decades” (NPR) and was ranked among “the fiercest albums in Santana’s 50-year career” by The New York Times. Santana will continue his residency at the House of Blues Las Vegas this summer and fall, and will release a much-anticipated upcoming full-length album entitled Blessings and Miracles later this year.