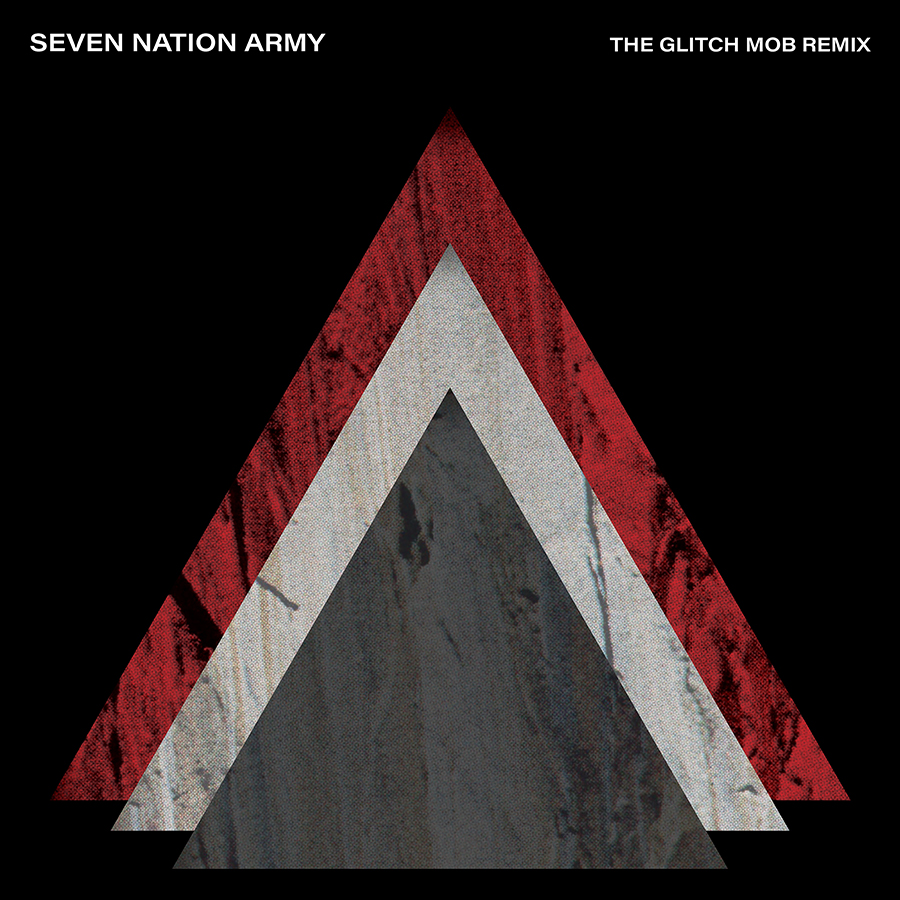 Since its release in 2003, The White Stripes’ “Seven Nation Army” has grown to become a global anthem and in 2011 The Glitch Mob created an electrifying remix which made its way into the world unofficially, amassing underground critical acclaim. This Friday, April 23rd, “Seven Nation Army (The Glitch Mob Remix)” will be officially released to enjoy digitally everywhere. The remix will also be available as a one-sided 7” single in June with an etching of the Third Man Records logo on the b-side. Additionally, a limited-edition red vinyl version will be available at Third Man Nashville, Detroit, and select independent record stores in June – more details to follow. Pre-orders for the standard black vinyl version of the 7” will begin on April 23rd through thirdmanstore.com.

To celebrate the release, The White Stripes and The Glitch Mob have teamed up with Strangeloop Studios to create what will be both artists’ first-ever NFT collection. The collection will be available on Wednesday, April 21st at 1:30pm ET exclusively via Nifty Gateway and features 6 unique pieces of art, including a one-of-one full song visualizer which also comes with a 7” vinyl test pressing of the remix. For more information, visit https://niftygateway.com.

LISTEN TO “FELL IN LOVE WITH A GIRL (ALTERNATE TAKE)”

The White Stripes:
The White Stripes are Jack White and Meg White. Formed in Southwest Detroit in 1997, the acclaimed rock duo released six studio albums with their simple guitar, drums and vocals approach, played countless shows, and created some of the most iconic music and videos of the 2000s. From the third floor attic of their family homestead to “world-renowned” becoming an appropriate descriptor, The White Stripes saw their wildest dreams come true while creating a catalog of music that stands the test of time, leading to the recent release of The White Stripes Greatest Hits which features staples such as “Fell In Love With A Girl,” “Icky Thump,” and global anthem “Seven Nation Army,” among others.

The Glitch Mob – the Los Angeles-based trio comprising Justin Boreta, Ed Ma, and Josh Mayer – continues their forward movement into 2021.  Boreta, edIT, and Ooah came together around 2006, passing through various members until settling on this core trio of musicians. Together, they combined their different skills and aesthetics into the compellingly collaged whole that has become one of the most beloved live electronic acts, and distinctive recording artists, working today.