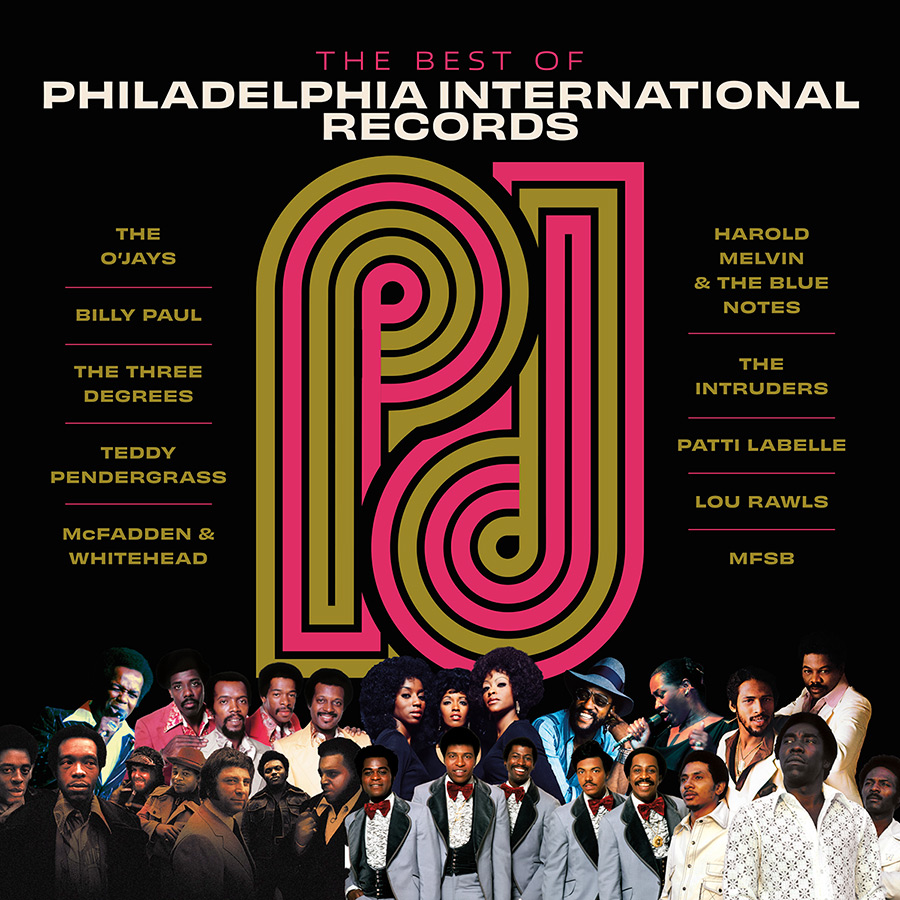 ‘THE BEST OF PHILADELPHIA INTERNATIONAL RECORDS’ OUT MAY 28

‘GOLDEN GATE GROOVE: THE SOUND OF PHILADELPHIA LIVE 1973’ OUT JUNE 12

Legacy Recordings, the catalog division of Sony Music Entertainment, is excited to announce two new upcoming vinyl compilations to be released as part of their yearlong 50th anniversary celebrations for the legendary Philadelphia International Records!

‘The Best of Philadelphia International Records,’ a 12-track compilation featuring classic hits from iconic label artists such as “Love Train” from The O’Jays, “You’ll Never Find Another Love Like Mine” from Lou Rawls and “Ain’t No Stoppin’ Us Now” from McFadden & Whitehead, will be released digitally and physically on vinyl, including a Walmart exclusive Hot Pink edition, on May 28, with physical pre-orders to begin April 13: https://PIR.lnk.to/BestofLW

4. WHEN WILL I SEE YOU AGAIN – THE THREE DEGREES

5. YOU’LL NEVER FIND ANOTHER LOVE LIKE MINE – LOU RAWLS

6. T.S.O.P. (THE SOUND OF PHILADELPHIA) – MFSB (FEATURING THE THREE DEGREES)

8. IF YOU DON’T KNOW ME BY NOW – HAROLD MELVIN & THE BLUE NOTES FEATURING TEDDY PENDERGRASS

‘Golden Gate Groove: The Sound of Philadelphia Live 1973’ will be released on vinyl for the first time on June 12 for Record Store Day. The album captures the first and only time the stars of Philadelphia International Records including Harold Melvin & the Blue Notes, The O’Jays, The Three Degrees, and Billy Paul performed in concert with the label’s house band, MFSB (Mother, Father, Sister, Brother), showcasing what would become the Sound of Philadelphia — affectionately known as T.S.O.P. The concert took place in San Francisco during the annual CBS Records convention at the Fairmont Hotel in September 1973.

Additionally, Snapper Music-United Souls in conjunction with Legacy Recordings will release a series of limited edition 8-CD sets throughout the year celebrating the 50th Anniversary of PIR starting with Volume 1 – ‘Get On Board The Soul Train’ out May 28 – fans can pre-order here: https://UnitedSouls.lnk.to/PhiladelphiaVol1