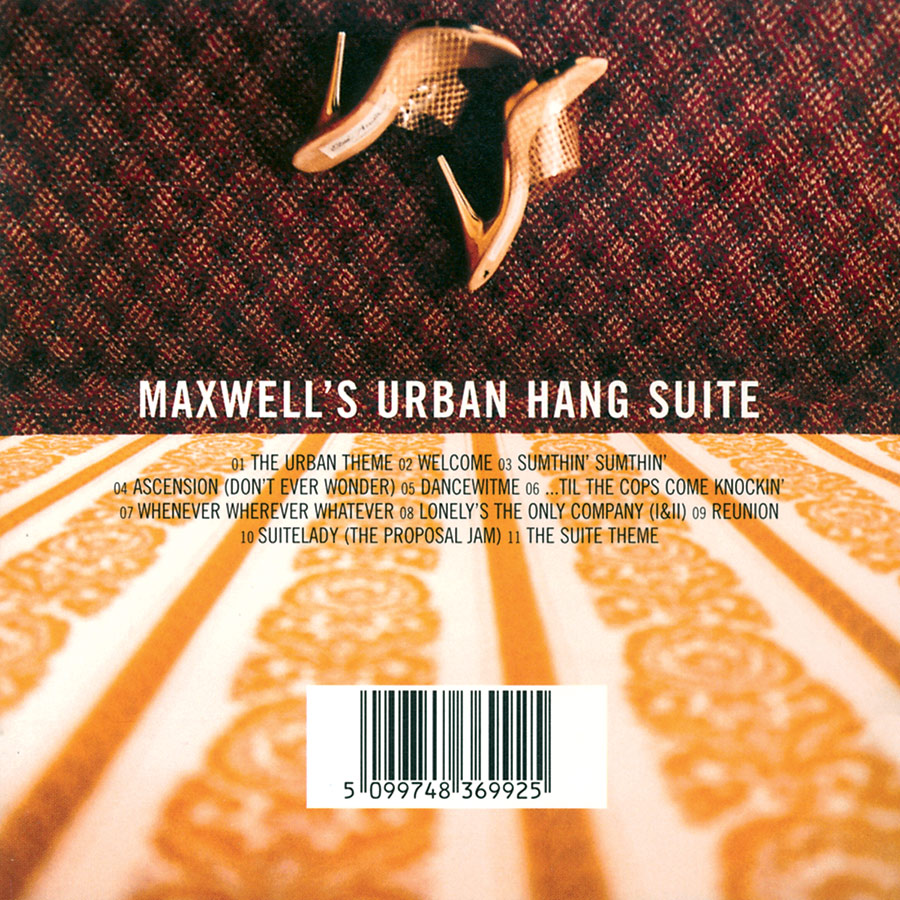 Maxwell Will Celebrate with a Performance at 52nd NAACP Image Awards on BET, Saturday, March 27

Legacy Recordings, the catalog division of Sony Music Entertainment, is celebrating the 25th anniversary of Maxwell’s Urban Hang Suite with the release of a remastered digital edition of the artist’s game-changing debut on Friday, April 2.

The 25th anniversary digital edition of Maxwell’s Urban Hang Suite has been remastered for the first time at 24bit Hi-Res Audio with 2021 engineering by Mark Wilder.

Maxwell will celebrate the anniversary with a performance at the 52nd NAACP Image Awards on BET, Saturday, March 27 (8pm/7pm Central). Since his 1996 debut, Maxwell has been nominated for fourteen NAACP Image Awards, including Best New Artist in 1997; he won Outstanding Male Artist in 2010 and 2017. The NAACP Image Awards are presented each year to acknowledge excellence in film, television, music, and literature.

An atmospheric concept album first released by Columbia Records on April 2, 1996, Maxwell’s Urban Hang Suite presented a deeply romantic-spiritual song cycle of classic soul-inspired grooves that flowed in contrast to the hip-hop-influenced contemporary R&B of the era. Maxwell’s debut heralded the arrival of a major new musical talent and sensibility while Maxwell’s Urban Hang Suite would become widely-recognized as a cornerstone of the neo-soul sound.

Slow-but-steady in climbing the charts and making its impact, Maxwell’s Urban Hang Suite became one of the most ubiquitously played albums of the year, eventually spending 78 weeks on the Billboard 200 and achieving RIAA double platinum status. Maxwell’s Urban Hang Suite made the year-end Top 10 Best Albums lists in Time, Rolling Stone, USA Today and others while earning Grammy nomination for Best R&B Album. With his debut album, Maxwell, an iconic singer-songwriter-performer, was redefining classic soul music for a new generation.

As Senior Vice President of A&R and Columbia Records, music industry veteran Mitchell Cohen signed Maxwell to the label in 1994 and remembers the first time he heard this music on an embryonic demo tape: “….it got under my skin; I heard echoes of music that I’d grown up with and loved, early Smokey Robinson and Marvin Gaye, some of the great R&B and doo wop singers like Clyde McPhatter, Pookie Hudson and Lee Andrews. And the music was slinky and sexy. It made unexpected twists, had a seductive pulse. The tape said ‘Maxwell’s Urban Hang Suite,’ and I had no idea who this Maxwell was, but I thought I should find out…. He aimed for the platonic ideal of the record. And it came out as brilliantly as he’d hoped, an album that spoke to a new romanticism that had been missing in so much synthetic, inorganic R&B.”