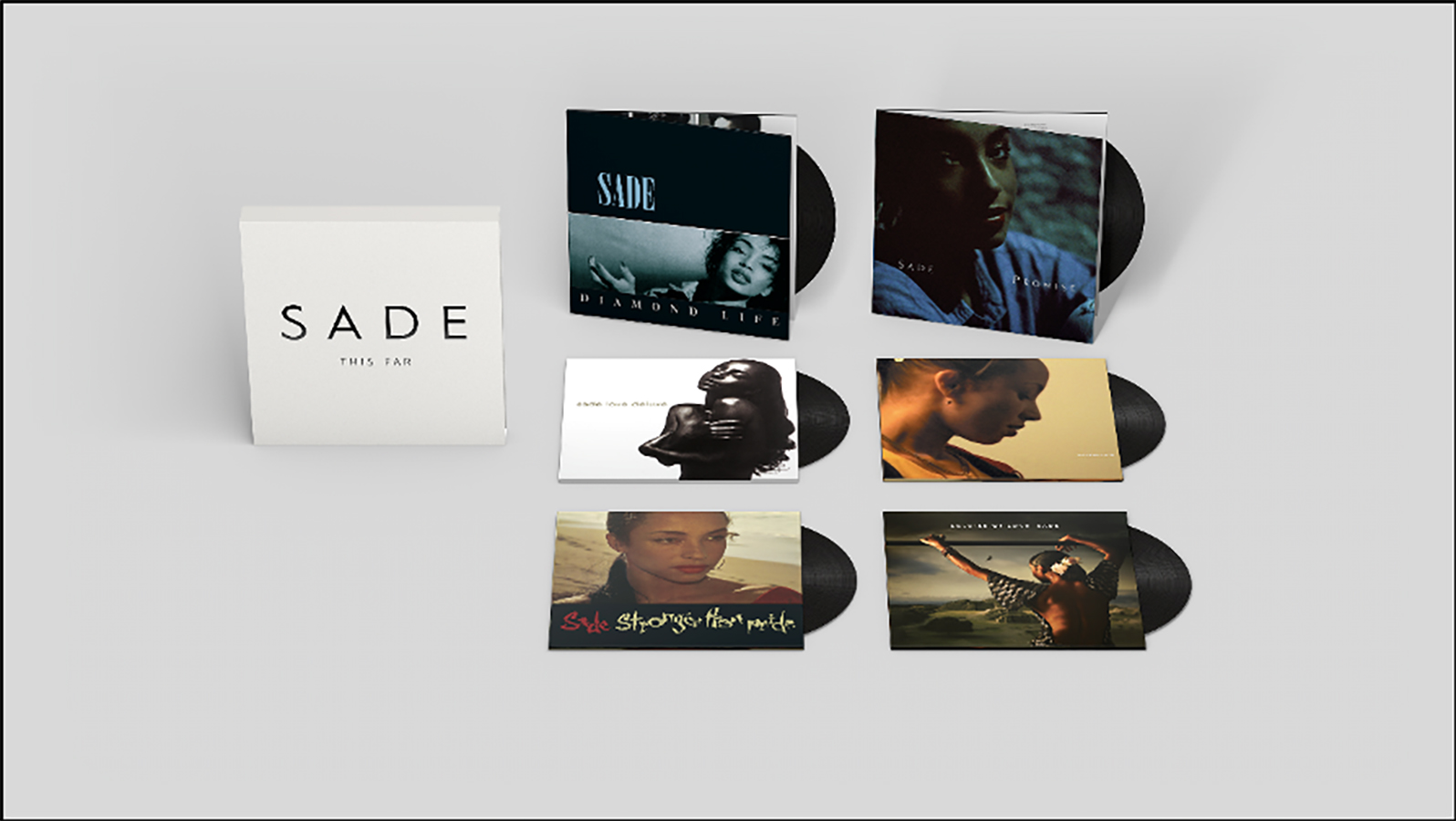 Sony Music have announced details of a very special box set, elegantly entitled This Far to be released worldwide on 9th October, which will feature remastered versions of all their studio albums to date, on pure 180-gram heavyweight black vinyl.  The upcoming box set delivers the first complete collection of their studio work up to the present day.  All six of the band’s acclaimed albums: Diamond Life (1984), Promise (1985), Stronger Than Pride (1988), Love Deluxe (1992), Lovers Rock (2000), and Soldier Of Love (2010) are packaged into a beautifully finished, white casebound box, which is available to pre-order now.

The box set title, This Far, suggests that the band’s studio work may not yet be fully complete, but this new highly collectable release brings together a canon of work previously difficult to source in its original format.

Revisiting the audio, the band and Miles Showell at Abbey Road Studios worked from high resolution digital transfers of the stereo master mixes, from the original studio recordings, remastered at half-speed using Miles’ own unique restored Neumann VMS80 cutting lathe, to perform the 12 sides of vinyl lacquer cuts. The elaborate, half-speed mastering process produced exceptionally clean and detailed audio whilst remaining faithful to the band’s intended sound. No additional digital limiting was used in the mastering process, so the six albums benefit from the advantage of extra clarity and pure fidelity, preserving the dynamic range of the original mixes for the very first time.

The six album sleeves have been meticulously reproduced in exact detail with authentic paper and printing methods, perfectly replicated for the first time since their original release, and assembled in the outer box which was designed by Tom Hingston Studios in London.

Over an exceptional career spanning more than three decades, Sade’s six albums have amassed a cool 60 million worldwide sales and have been certified platinum 24 times over. Producing singles such as ‘Your Love Is King’, ‘Smooth Operator’, and ‘By Your Side’, Sade have gone on to achieve Number 1 albums across the world, collected several Grammys, MTV Video Music Awards, and a BRIT Award along the way, quietly taking their “place in the pantheon of cultural influence” [New York Times, October 2017]. Their most recent studio album, Soldier Of Love, charted at number one in 15 countries, including the US, upon release in 2010.

Commanding high praise from all genres of the global musical landscape Sade continue to leave their mark, engraved as a strong influence to some of today’s most successful artists. The band are frequently cited as having inspired a younger generation of musicians, including Beyoncé, Drake, Kanye West, and Missy Elliot, to the freshest young blood of Christine and the Queens, Dua Lipa, FKA Twigs, Mabel, and Taylor Swift. Hip-hop luminaries have sampled from Sade’s work creating new club classics, and their timeless tracks have been covered by Deftones, Donna Summer, Frank Ocean, Herbie Hancock, Jason Mraz, Lauryn Hill, LeAnn Rimes, Marsha Ambrosius featuring Dr. Dre, Prince, The 1975, Tori Amos, and You + Me, amongst others.

Live, the band have toured all corners of the globe, including a notable 1985 performance at Live Aid, Wembley Stadium, when Sade Adu was the only African-born artist to appear in front of the live audience of 75,000, plus an estimated worldwide television audience of 1.4 billion in 170 countries. The band’s most recent 2011 tour performed 106 epic shows across four continents, experienced by 800,000 fans, and was cited as “visually stunning” by Billboard with an “exquisite production”, and an “adventure at the polar extremes of dynamics.”

A true testament to a body of work that through its evolution has captured hearts irrespective of age or creed, Sade’s box set delivers and celebrates the band’s legacy this far in a pure vinyl format.