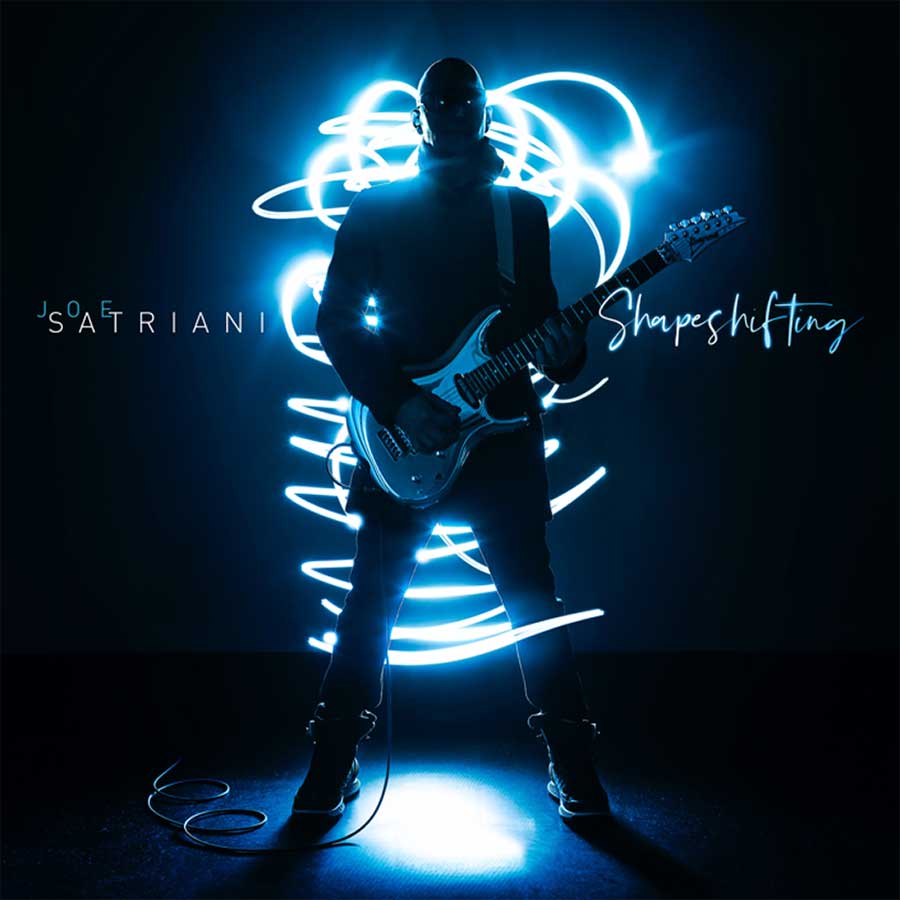 Joe Satriani & Friends / Behind The Scenes With The Shapeshifting Team

Joe Satriani’s newest offering, Shapeshifting, is released today via Sony Music/Legacy Recordings and he’s celebrating with a few friends. To celebrate, a live virtual album release party – Joe Satriani & Friends / Behind The Scenes With The Shapeshifting Team – will take place and will feature Joe taking questions from fans before a few of his friends join in to share insights into the making of the album.  The live event will stream on SATRIANI’s own YouTube channel as well as his official Facebook page beginning at 11am PT/ 2pm ET on Monday, April 13, 2020.

Set as an intimate Q&A session with the world-renowned guitarist, album collaborators are also planning to join in: Legendary drummer Kenny Aronoff (John Fogerty), bassist Chris Chaney (Jane’s Addiction) and keyboardist Eric Caudieux, along with album producer, Jim Scott.  Fans are encouraged to listen to the new album prior to joining in on the party.  The album is now available at all streaming platforms and online retail outlets.

Shapeshifting marks the legendary guitarist’s 18th studio album in his nearly 35-year career in music.  The album grew out of a plan to focus on the idea of changing as the central theme. Listening to the initial demos that he had recorded, he thought the “shapeshifting” phrase is one that would fit well with the songs that he had come up with. “I started to think that that sounds like 15 different guitar players,” Satriani says. “I know it’s the same guy, because it’s me, but it sounds like I’m really moving into an area where each melody requires me to almost be somebody else.”

To realize this vision for the album, Satriani enlisted a wide range of collaborators, both old and new, to help him bring the songs to life. As previously mentioned Kenny Aronoff, Chris Chaney and Eric Caudieux were the core musicians on the new album with additional contributions coming from Lisa Coleman (The Revolution) and Christopher Guest. Jim Scott (Foo Fighters, Red Hot Chili Peppers, Tom Petty & The Heartbreakers) co-produced the album sessions with Satriani. Longtime associate John Cuniberti was on board as well, handling the mastering duties.

For two decades,the guitar virtuoso has traveled the world, playing to sold-out crowds as both a headliner and as founder of the all-star “G3” guitar extravaganza.  SATRIANI’s studio and live recordings have sold more than 10 million copies worldwide to date and of his many solo albums, two have gone platinum and four others went gold, with 15 Grammy nominations between them.  His side project, Chickenfoot, featuring former Van Halen frontman Sammy Hagar, former bassist Michael Anthony, and Red Hot Chili Peppers’ drummer Chad Smith saw their debut album certified gold and their second studio album debuted at #9.

As was previously announced, SATRIANI has postponed the European leg of “The Shapeshifting Tour” which was set to begin on April 15, 2020.  The new European dates are now rescheduled for April 2021.  Additional dates, including the U.S., to be announced soon.