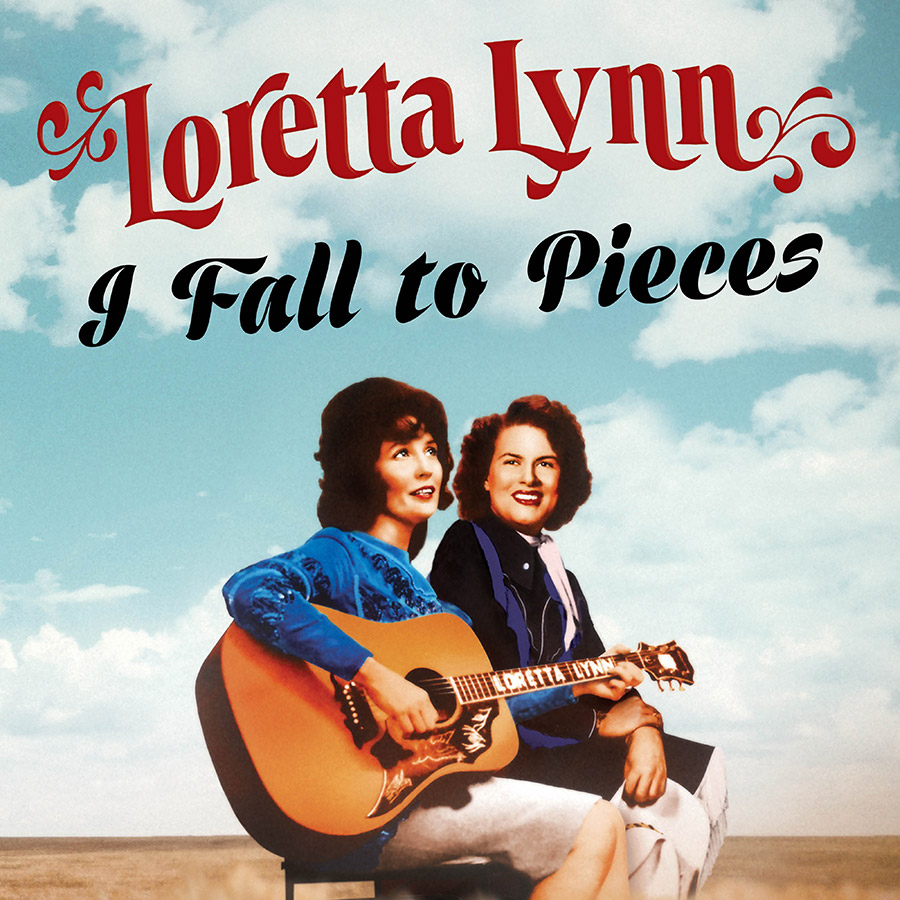 American music icon, Loretta Lynn released today, Friday, April 3 a newly recorded version of “I Fall to Pieces.” The song is in celebration of the forthcoming book, Me & Patsy Kickin’ Up Dust, (Grand Central Publishing). Available on April 7, the book written by Lynn with her daughter, Patsy Lynn Russell, is an up-close-and-personal portrait of a friendship that defined a generation and changed country music indelibly–and a meditation on love, loss and legacy.

“I Fall to Pieces,” one of Cline’s most-recognizable hit singles is available via all digital service providers through Legacy Recordings, a division of Sony Music Entertainment. The song was produced and recorded at the Cash Cabin Studio in Hendersonville, Tennessee by Patsy Lynn Russell and John Carter  Cash, who produced Lynn’s Grammy-nominated album, Full Circle, as well as her last studio album Wouldn’t It Be Great, which received a Grammy nomination for the song, “Wouldn’t It Be Great?”

In 1961, Cline was nearly killed in a car accident and while in the hospital, Lynn appeared on Midnight Jamboree, a radio show that aired after the Grand Ole Opry, and dedicated a performance of Cline’s hit “I Fall to Pieces” to the ailing singer. Upon hearing Lynn, Cline had her husband arrange for the fellow singer to pay a visit, and the two quickly became best friends.

A companion music video will be released at a later date.