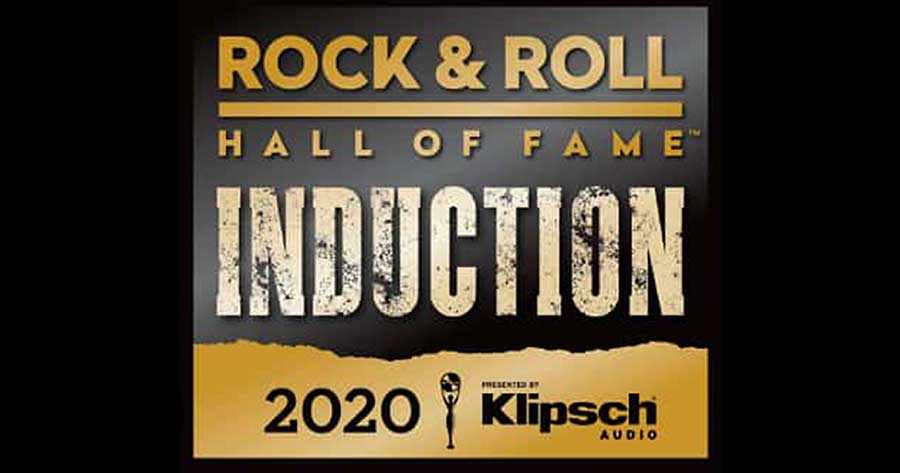 Sony Music artists Whitney Houston and Depeche Mode are among the newest Inductees into the Rock & Roll Hall of Fame 2020.

The Ahmet Ertegun Award honors songwriters, producers, disc jockeys, record executives, journalists and other industry professionals who have had a major influence on Rock & Roll.

Four of the Inductees were on the ballot for the first time, including: The Doobie Brothers, Whitney Houston, Notorious B.I.G., and T-Rex.

The Inductees were announced today on SiriusXM’s Volume channel and the Rock Hall’s Facebook, Twitter and YouTube page. SiriusXM’s Rock & Roll Hall of Fame Radio will also broadcast the Ceremony on May 2nd with exclusive interviews.

The Ceremony is preceded by Induction Week, which includes a special dedication of the 2020 Inductee exhibit, a red-carpet experience, Celebration Day with fireworks at the Museum, and other events and activities at the Museum and around town!

Remaining on the cutting edge for over three decades, Depeche Mode has explored new realms of postpunk, electronic textures, and futuristic industrial sounds. Depeche Mode built a diehard cult and helped invent the goth subculture with groundbreaking hits while their electro reboot of “Route 66” showed off their wry take on the R&B verities. Black Celebration (1986) and Music for the Masses (1987) led to Depeche Mode’s masterwork Violator (1990), blending ominous synths with rock guitar for classics like “Personal Jesus” and “Enjoy The Silence.”

Their newfound flair for the blues exploded in the goth-grunge swamp gospel of 1993’s Songs of Faith and Devotion (“Walking In My Shoes”), as well as in recent global hits like Delta Machine (2013) and Spirit (2017). Depeche Mode have kept evolving through the 1990s and beyond, remaining a legendarily fearsome live act across the planet, with a foot in the underground and another in the club – but always with an eye on the future.

Whitney Houston’s musical upbringing is one of the most storied in the business, and she seemed destined for greatness. Her mother, Cissy Houston—a vocalist who supported artists from Elvis to Aretha Franklin—provided Whitney with expert training from a young age. Through her mother and cousin Dionne Warwick, Houston heard and saw the best performers in the business. Houston’s effortless vocal skill attracted interest from multiple labels, and at the age of nineteen was signed by Clive Davis to Arista Records in 1983. Her debut album netted three #1 singles: “Saving All My Love for You,” “How Will I Know,” and “The Greatest Love of All” and topped the Billboard 200 for fourteen weeks. Houston’s ability to connect with audiences set dozens of industry records: the first artist to have seven consecutive #1 hits, the longest-reigning #1 single on the Hot 100 (“I Will Always Love You”), and the first woman to enter the Billboard 200 at #1 (Whitney). Her awards—numerous enough to achieve a nod from Guinness World Records—included an Emmy and six Grammys. Houston’s voice was as versatile as it was powerful, and her catalog shows a unique ability to incorporate a range of stylistic elements spanning pop, rock, gospel, R&B, funk, soul, and hip-hop. Her sound expanded through collaborations with a wide array of artists, including Stevie Wonder, Luther Vandross, Babyface, Missy Elliott, Bobby Brown, and Mariah Carey. Covers of her songs and tributes since her passing in 2012 have come from all corners of the industry, and her voice lives on through the younger generations inspired by her work.

About the Rock & Roll Hall of Fame

Rock Connects Us. Our mission is clear: To engage, teach and inspire through the power of rock and roll. We share stories of the people, events and songs that shape our world through exhibits, innovative programs and concerts. Join the millions who love it as much as you do. Experience us live or online – Visit rockhall.com or Facebook (@rockandrollhalloffame), Twitter and Instagram (@rockhall). Long Live Rock!

In 1946 Paul W. Klipsch, inventor, acoustics pioneer and maverick, founded Klipsch Audio with the sole purpose of bringing the power, detail and emotion of the live music experience into his living room. Through the use of highly efficient speaker designs, handcrafted cabinetry and a thirst for real engineering breakthroughs – Klipsch, the great American loudspeaker company, was born in Hope, AR. Today, our diverse range of quality audio products includes speakers and headphones for almost any consumer and professional application – including cinema, whole-house, wireless, home theater and portable offerings. Honoring our founder’s legacy, Klipsch continues to be the legendary high-performance brand of choice for audiophiles and aficionados around the world. We are the Keepers of the Sound®. Klipsch Group, Inc. is a VOXX International Company (NASDAQ: VOXX).