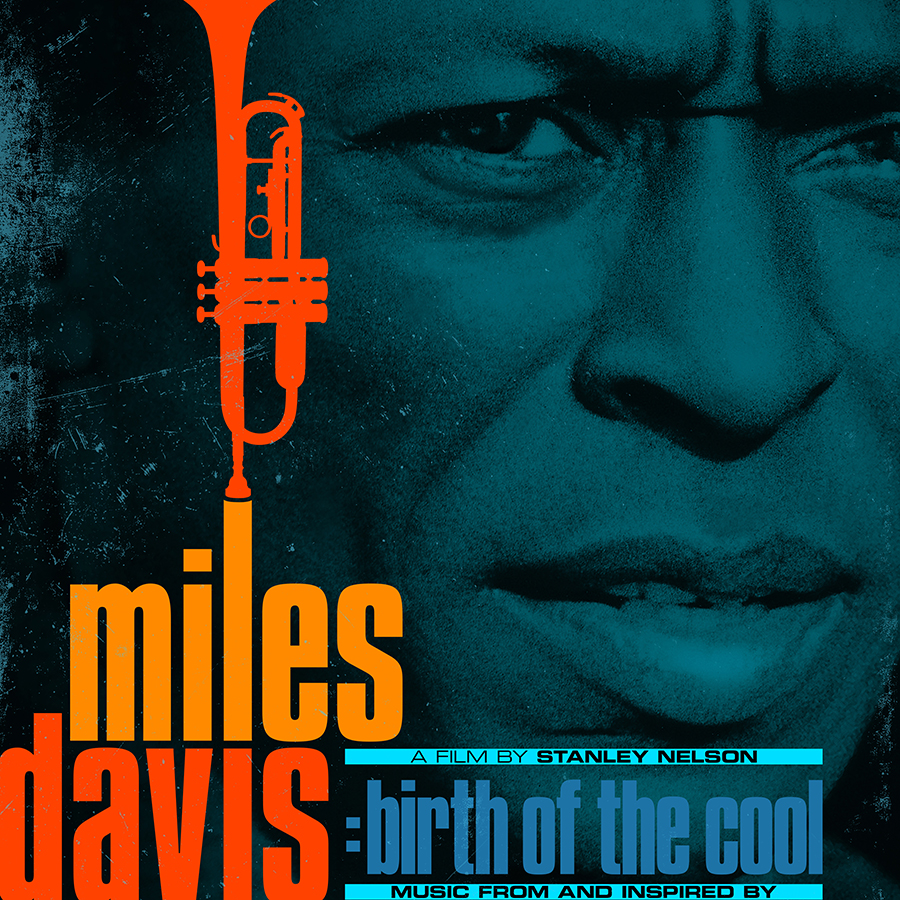 Columbia Records/Legacy Recordings, the catalog division of Sony Music Entertainment, will release Miles Davis – Music From and Inspired by “Miles Davis: Birth of the Cool,” a Film by Stanley Nelson on Friday, February 21 right in front of the film’s U.S. broadcast premiere. “American Masters” the award-winning biography series will present the U.S. broadcast premiereof “Miles Davis: Birth of the Cool” on Tuesday, February 25 at 9PM (EST) on PBS channels nationwide (check local listings), pbs.org/milesdavis, and the PBS Video app. The film was recently nominated for a Grammy in the “Best Music Film” category and its soundtrack is the definitive audio companion to this critically-acclaimed new documentary directed and produced by Stanley Nelson (winner of three Primetime Emmy Awards, a MacArthur Fellowship “genius” grant, and recipient of the 2013 National Humanities Medal from President Obama).

Music From and Inspired by “Miles Davis: Birth of the Cool” is available for pre-order now in digital and CD formats: https://MilesDavis.lnk.to/BOTC_OST

An essential Miles Davis playlist for seasoned fans and new listeners alike, the soundtrack was lovingly curated by the director Nelson and paired with short audio excerpts from the film for a unique listening experience. It brings together recordings and performances spanning labels and the artist’s musical evolution–from “Donna Lee” (a 1947 Savoy master take with legendary alto saxophonist Charlie Parker) to “Moon Dreams” from the groundbreaking 1949 Capitol sessions that were ultimately collected on the album Birth Of The Cool, through the seminal 1950s pieces for Columbia that revolutionized the worlds of jazz and popular music (including “Generique,” Miles’ improvised soundtrack to Louis Malle’s “Elevator to the Gallows” as well as tracks from Miles Ahead and, of course the most popular jazz album of all time, Kind of Blue).

The album also highlights Miles’ evolution in the 1960s with tracks from Sketches of Spain and Someday My Prince Will Come to his iconoclastic invention of electric jazz/fusion (exemplified in a 45rpm single edit of “Miles Runs the Voodoo Down” from Bitches Brew). And it documents his triumphant mid 1980s comeback (1986’s “Tutu”), while premiering a brand-new track, “Hail To The Real Chief.” The new track features unreleased Miles Davis studio trumpet performances combined with music written by Lenny White, produced by White and Vince Wilburn, Jr and featuring an all-star collection of Miles band alumni and acolytes including White, Wilburn, Marcus Miller, Emilio Modeste, Jeremy Pelt, Antoine Roney, John Scofield, Bernard Wright, and Quinton Zoto.

Listen to “Hail to the Real Chief” here: https://MilesDavis.lnk.to/Hail

“Miles Davis: Birth of the Cool” premiered at the 2019 Sundance Film Festival and was an official selection at the 2019 BFI London Film Festival. The film has been screened in limited runs in select theaters in the U.S., Canada and Europe capped by a screening during the London Jazz Festival at the Barbican on November 16.

Nelson’s documentary has been hailed by critics as an engaging key to understanding the life, art and genius of Miles Davis. Owen Gleiberman, praised the movie in Variety (January 30, 2019) as “…. a tantalizing portrait: rich, probing, mournful, romantic, triumphant, tragic, exhilarating, and blisteringly honest…. Nelson is a filmmaker with a sixth sense for how to nudge history into the present.” The San Francisco Chronicle’s Joel Selvin called the “New Miles Davis doc an essential portrait of iconic jazz genius” (September 3, 2019).

“I remember stealing my father’s copy of ‘Kind of Blue’ to take with me to college. I’ve been fascinated with Miles since then and have long dreamed of telling his story. He was to me a singular force of nature; the very embodiment of cool,” said the director Stanley Nelson. “This film is very special to me and curating the soundtrack gave me a chance to delve even deeper into his archive so that both diehard fans and his new listeners could discover something new.”

With full access to the Miles Davis Estate, the film features never-before-seen footage, including studio outtakes from his recording sessions, rare photos and new interviews with Quincy Jones, Carlos Santana, Clive Davis, Wayne Shorter and Ron Carter, among others. Select interview soundbites are included as commentary tracks on the album. MILES DAVIS: BIRTH OF THE COOL is a Firelight Media/Eagle Rock Films Production for American Masters Pictures and Eagle Rock Entertainment in association with BBC Music.

Music From and Inspired by “Miles Davis: Birth of the Cool,” a Film by Stanley Nelson