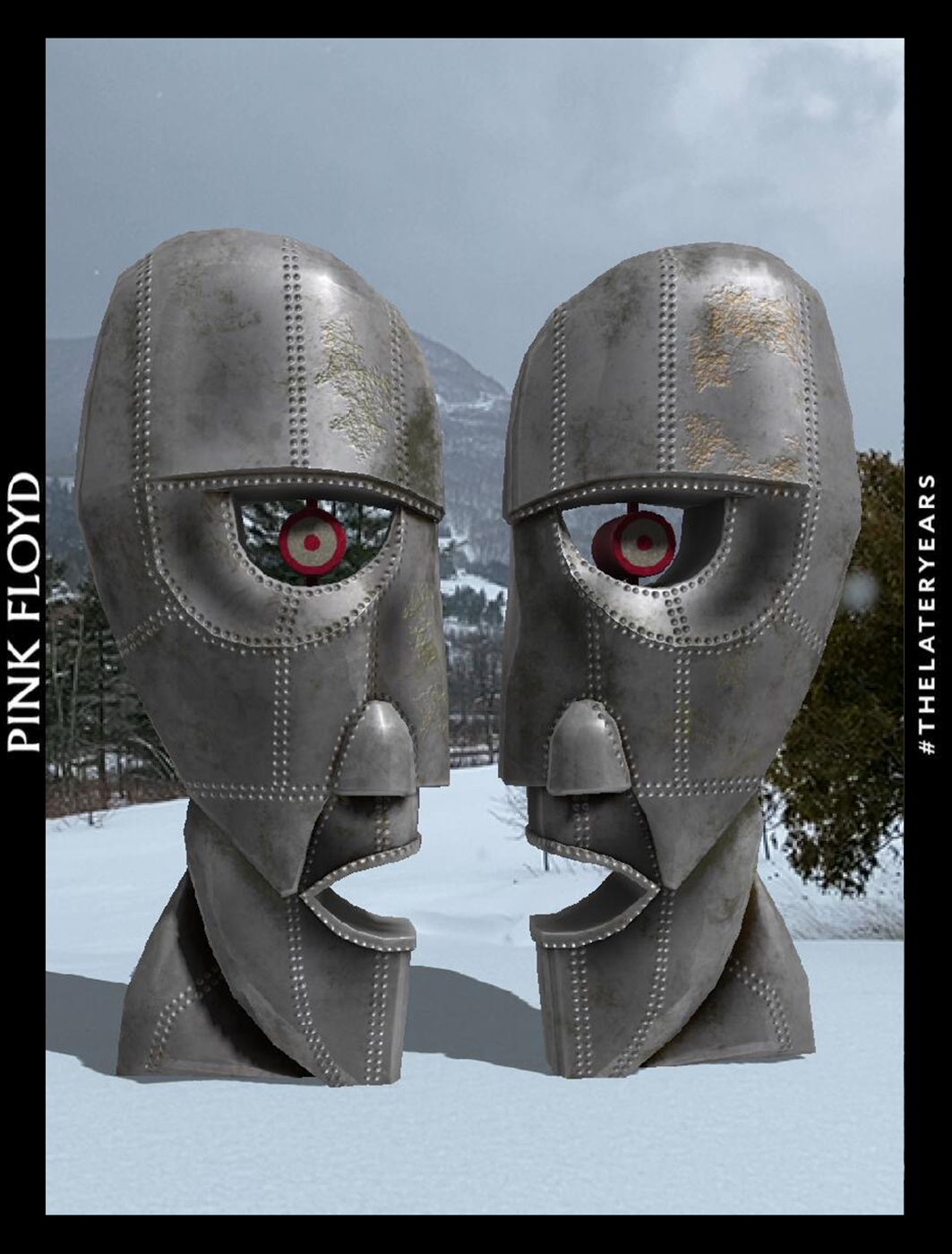 AUGMENTED REALITY WILL ALLOW FANS TO IMMERSE IN THE NEW ARTWORK VIA PFlateryears.com

On Friday, December 13, Pink Floyd Records released ‘Pink Floyd The Later Years’. The beautifully packaged 18-disc set (5xCDs, 6xBlu-Rays, 5xDVDs/2×7” singles) covers the material created by David Gilmour, Nick Mason and Richard Wright from 1987 onwards. The period generated record sales of over 40 million worldwide and included three studio albums: ‘A Momentary Lapse Of Reason’, ‘The Division Bell’ and ‘The Endless River’ as well as two live albums: ‘Delicate Sound Of Thunder’ and ‘Pulse’. With additional production from David Gilmour and Andy Jackson, over 13 hours of unreleased audio and audiovisual material, including the sought-after 1989 Venice and 1990 Knebworth concerts, ‘Pink Floyd The Later Years’ is a must for all fans.

To celebrate the release, British immersive technology studio Draw & Code have developed a new immersive augmented reality experience for fans. Available today, the technology allows fans to explore the new album covers featured in ‘Pink Floyd The Later Years’ box set, enabling users to personalize and recreate their own version within the real world. Using 8th Wall’s webAR platform the augmented reality experience launches straight from PFLaterYears.com without the need for an app.

In addition, for the millions of Pink Floyd fans that use Facebook and Instagram, the band’s management have been working with WMG’s Firepit Tech to create a suite of on-platform lenses. These allow users to interact with the same artwork in their pictures and stories. These can be found here