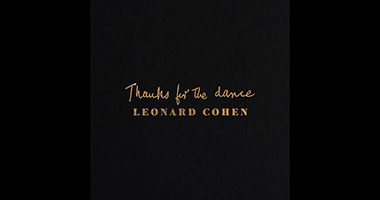 Moving Mini-Documentary Illustrates The Journey Of The Album

Collaborating with producer Adam Cohen, friends and colleagues gathered to support and complete the work Leonard had begun, making an album that echoes the sounds of his catalogue, yet remains fresh, current and impactful.

The mini-documentary, “The Story of Thanks For The Dance,” created in conjunction with the La Blogothèque team and released today, includes interviews with producer Adam Cohen, engineer Michael Chaves and album contributors Leslie Feist, Daniel Lanois, Richard Reed Perry (Arcade Fire), Zac Rae (Death Cab For Cutie), Damien Rice  and Patrick Watson. Each of those involved reflect on the journey, exploring their contributions and the meaning behind the album.

To celebrate the album release, NOWNESS released the series: Thanks for the Dance: Artistic Responses to Leonard Cohen . Each video offers a distinct video representation of the music, a imagery interpretation of Cohen’s life and lyrics that is deeply personal to each filmmaker involved.

Leonard Cohen is one of the most enduring cultural icons in modern history. His music, writing and art continues to inspire and influence audiences around the world.

Thanks For The Dance

1. Happens to the Heart

3. The Night of Santiago

4. Thanks for the Dance

9. Listen to the Hummingbird