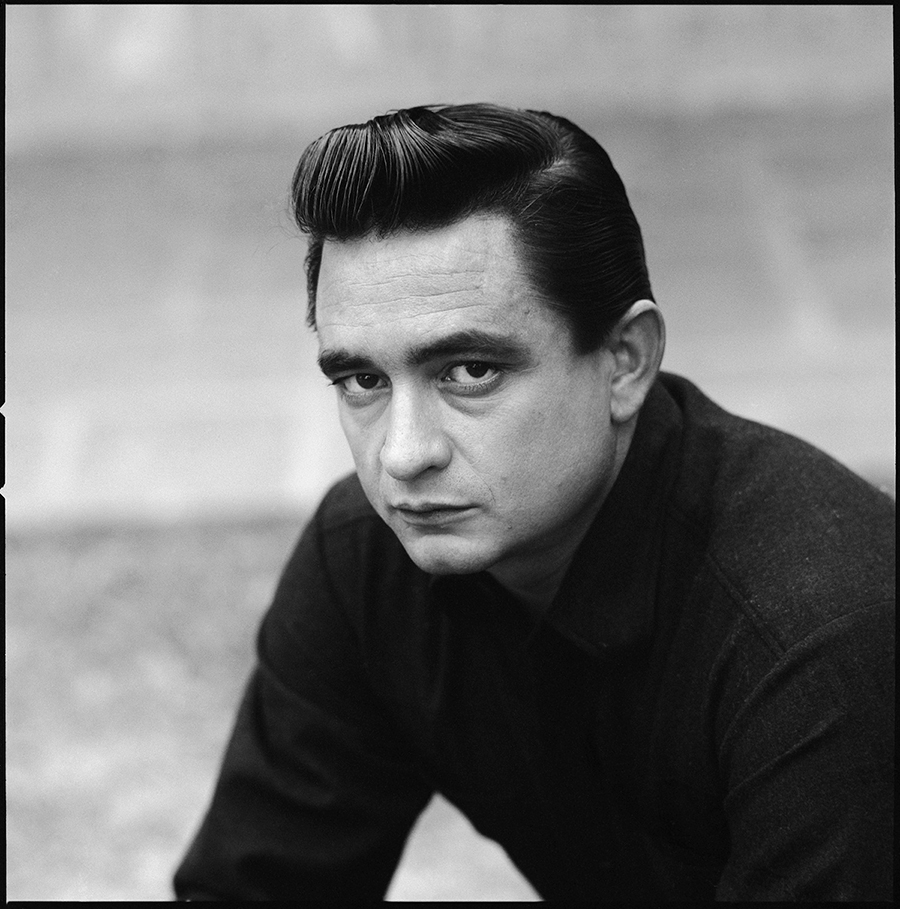 The Gift: The Journey Of Johnny Cash: Original Score Music From A Film By Thom Zimny is available now: https://JohnnyCash.lnk.to/JCTheGiftPR

The Gift: The Journey Of Johnny Cash: Original Score Music From A Film By Thom Zimny is the companion album to the critically-acclaimed new documentary, directed by Thom Zimny (“Elvis Presley: The Searcher,” “Springsteen on Broadway”), premiering on YouTube Originals, Monday, November 11.

A newly curated career-spanning Johnny Cash playlist, including essential Cash performances and music from “The Gift: The Journey of Johnny Cash” is available on all DSPs on Friday, November 8. https://JohnnyCash.lnk.to/TheGiftOSTPR

The playlist, produced by John Carter Cash and Thom Zimny, brings together original master recordings of some of the most iconic performances in the Johnny Cash catalog–from his 1950s Sun Records breakout singles to live At Folsom Prison and “Girl from the North Country” (with Bob Dylan) to his intimate final recordings for Rick Rubin’s American series.

The score album, specifically designed by John Carter Cash to interact with the music on the playlist, may be enjoyed as either a stand-alone piece or as a cohesive sonic connection with the songs on the playlist.  Together, the score and the playlist combine to provide a musical portrait of Johnny Cash

On the eve of the premiere of the YouTube Originals documentary, “The Gift: The Journey of Johnny Cash,” The Johnny Cash Trust and The Best Fest, in partnership with YouTube, are bringing fans the first-ever Cash Fest, an all-star live revue-style show celebrating the music of Johnny Cash, at the War Memorial Auditorium in Nashville on Sunday, November 10.  Artists slated for Cash Fest include To purchase tickets to Cash Fest, please visit http://bit.ly/cashfest. All ticket net proceeds will benefit MusiCares. For event details, please visit https://www.wmarocks.com/event/cash-fest/. Follow @youtubemusic on social for additional behind-the-scenes event captures.

In addition to the stellar Cash Fest lineup, the event will also feature an incredible house band of seasoned musicians who have shared the stage with some of music’s most celebrated artists. Johnny Cash fans in the audience will also get a sneak peek of the documentary, with clips playing throughout the evening ahead of its YouTube debut.

During the making of his Johnny Cash film, director Zimny says he was “was handed a gift – hours and hours worth of cassette tapes. On these tapes was Johnny Cash telling his story in his own words to his biographer Patrick Carr.” Critical sections of these interviews may be heard on the soundtrack cut to new score music composed and performed by Mike McCready.

“When I first saw an early version of Thom Zimny’s ‘The Gift,’ I felt that my father was there with me again. The authenticity of his life is encompassed within this film,” wrote John Carter Cash in his liner notes for The Gift: The Journey Of Johnny Cash: Original Score Music From A Film By Thom Zimny. “The truths of my father’s nature are all in ‘The Gift.'”

“The Gift: The Journey of Johnny Cash” debuted on the big screen at South by Southwest (SxSW) 2019 and has been heralded for its insights into the life and art of the Man in Black. “Thom Zimny’s stripped-to-essentials portrait of the legendary performer impresses with its honesty and artistry,” wrote Joe Leydon in Variety (April 24, 2019) while Joe Gross, in the Austin American-Statesman (May 28, 2019), compared the film to “….a lavishly illustrated Bible — you know the story, but this is a gorgeous version.” In The Austin Chronicle (March 19, 2019), Richard Whittaker observed that “Zimny’s chorus of unseen voices – Cash’s family, peers, friends, and acolytes like Bruce Springsteen – meld so seamlessly… that the man comes alive, in all his rough-hewn, self-destructive, humble, loving brilliance.”

Rich in recently discovered archival materials, “The Gift: The Journey of Johnny Cash” brings Cash the man out from behind the legend. Taking Cash’s watershed Folsom Prison recording as a central motif and featuring interviews with family and celebrated collaborators, the 90-minute documentary explores the artistic victories, the personal tragedies, the struggles with addiction, and the spiritual pursuits that animated Johnny Cash’s life. “The Gift: The Journey of Johnny Cash” is directed by Thom Zimny and produced by Thom Zimny, Glen Zipper, Sean Stuart and Jillian Apfelbaum. Frank Marshall, Ryan Suffern, Jeff Pollack, John Carter Cash, Josh Matas, Dan Friedkin, Bradley Thomas, Ryan Friedkin and Jasmine Daghighian serve as executive producers. The documentary is an Imperative Entertainment and Kennedy/Marshall production in association with Sutter Road Picture Company and The John R Cash Trust. “The Gift: The Journey of Johnny Cash” was shown at the Telluride Film Festival in August and screened at the Nashville Film Festival on October 7.

“The Gift: The Journey of Johnny Cash” has been nominated in the Best Music Documentary category by The International Documentary Association (IDA), dedicated to building and serving the needs of a thriving documentary culture.  The 35th IDA Awards will be announced at an awards ceremony at Paramount Studios in Los Angeles on December 7, 2019.

Earlier this summer, Legacy Recordings, in conjunction with the John R. Cash Trust, launched the newly expanded fully-searchable JohnnyCash.com, the online destination site for Everything You Need To Know About the Man In Black.

The Gift: The Journey Of Johnny Cash: Original Score Music From A Film By Thom Zimny

9. The Cave, The Darkness, and the Presence of Light – Music: Mike McCready; Spoken Word: Johnny Cash