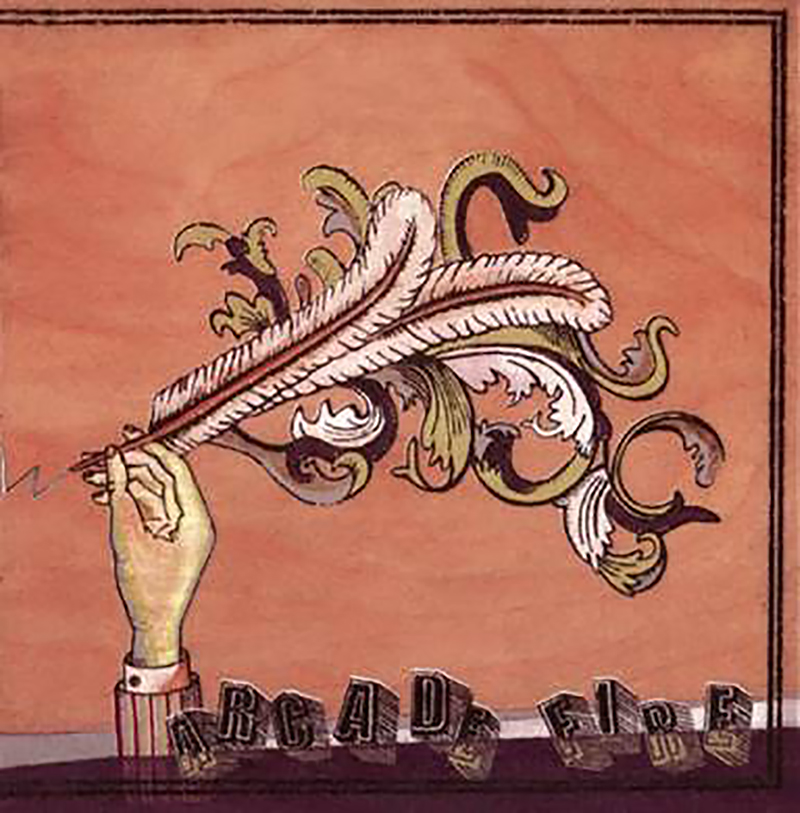 Arcade Fire’s Funeral holds up as one of the standout albums of the millennium, a record with an everlasting, enduring appeal, adored by fans and critics alike. It is a collection of truly unique and uplifting songs, made during a period of extreme turmoil for the members of the band whilst recording it, and an album that ultimately launched the band on a global scale.

To mark what will be the 15th anniversary of this universally acclaimed album on the 14th September, the band will celebrate its release with never-before-seen live footage, archival pictures from the time of the album’s release, and various other exclusive content.

‘Funeral evokes sickness and death, but also understanding and renewal; childlike mystification, but also the impending coldness of maturity. The recurring motif of a non-specific “neighborhood” suggests the supportive bonds of family and community, but most of its lyrical imagery is overpoweringly desolate.’ – Pitchfork

‘While every third British band mines 1979-80 post-punk, Arcade Fire, from Canada, have stolen a march by investigating the US “no wave” of the same period. Their masterstroke has been to invest this ironic, cool music with raw emotion. Marriages collapsed and friends died around them while they made Funeral, but grief has produced the giddy energy of a wake.’ – The Guardian

‘Only Arcade Fire can make misery sound so good and only Arcade Fire distil life into a sound that is at once busy and simple, textured and pure. There seems little doubt that Funeral will live on in listeners’ hearts.’ – BBC

‘There’s an ambition and articulacy here, at a time when American rock often settles for inchoate mewling or enervated formalism, that’s positively bracing. Don’t let the title fool you: Funeral feels like a fresh start’ – Uncut

‘It’s so out of step with most indie rock it’s as if it’s been beamed from outer space.’ – Q Magazine

The band have worked with the original video team to create a restored, HD version plus a motion art track series

Never-before-seen photos from the making of Funeral, a complete Anton Corbijn shoot plus tour memorabilia including calendars, journal entries and early fliers and posters, will all be revealed

Funeral Spotify Canvas
In the run up to the anniversary, a bespoke canvas video for each album has been revealed by the band, ending where it all began – with Funeral