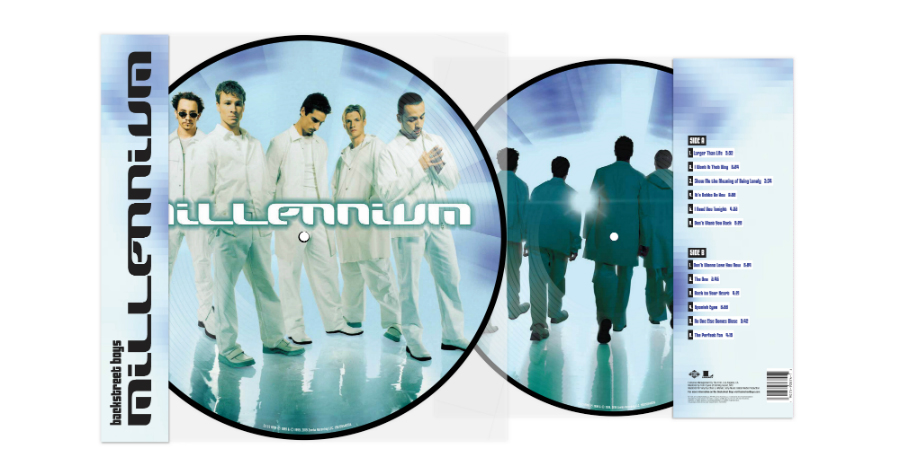 Millennium, the album that catapulted the Backstreet Boys to global superstardom in 1999, hits its 20th anniversary on Saturday, May 18 and the group is inviting their fans to help them celebrate during Millennium Week (May 13-18).

May 13 (aka Millennium Monday) marks the launch of “Backstreet Boys: Millennium Match,” a digital interactive experience celebrating BSB’s iconic third studio album. Millennium bridged the 20th and 21st centuries as 1999’s top-selling album, and generated four indelible hit singles including BSB’s signature track, “I Want It That Way” as well as “Larger Than Life,” “Show Me the Meaning of Being Lonely,” and “The One.” The BSB Millennium Match digital experience analyzes a fan’s Spotify streaming history to match each fan with a playlist of BSB songs inspired by one of those singles.

The BSB Millennium Match experience takes into account danceability, energy and valence levels to determine whether a fan’s vibe is, for example, “Larger Than Life” and suited to some bonafide Backstreet Boys hits. Or perhaps they’ve a soft spot for a tender love song, then “The One” is the perfect playlist for them. Overall art direction is heavily influenced by the year 2000, including shareable social assets and copy that all pay homage to the Millennium.

A collectible, limited edition 12″ picture disc vinyl edition of Millennium will be released by Sony Music Entertainment on Friday, August 16, 2019 and is available to pre-order now. (A limited-run 12″ vinyl color variant of the album will be released exclusively through Urban Outfitters on Friday, July 19).

Since the group’s formation in Orlando, Florida, in 1993, the American vocal group Backstreet Boys has sold more than 130 million records worldwide. 1999’s Millennium, the album that secured their international superstar status, has been certified RIAA 13x platinum (for sales exceeding 13 million copies in the US alone).

The Backstreet Boys success has continued through the years. Their tenth (and latest) studio album, DNA, released by RCA Records in January 2019, entered the Billboard 200 at #1, making BSB the first and only “boy band” to land a #1 album in three successive decades.

The GRAMMY Museum®  is currently celebrating the Backstreet Boys’ decade-spanning career with Backstreet Boys: The Experience, a one-of-a-kind immersive interactive environment that opened to the public on April 10 and runs until September 2, 2019.