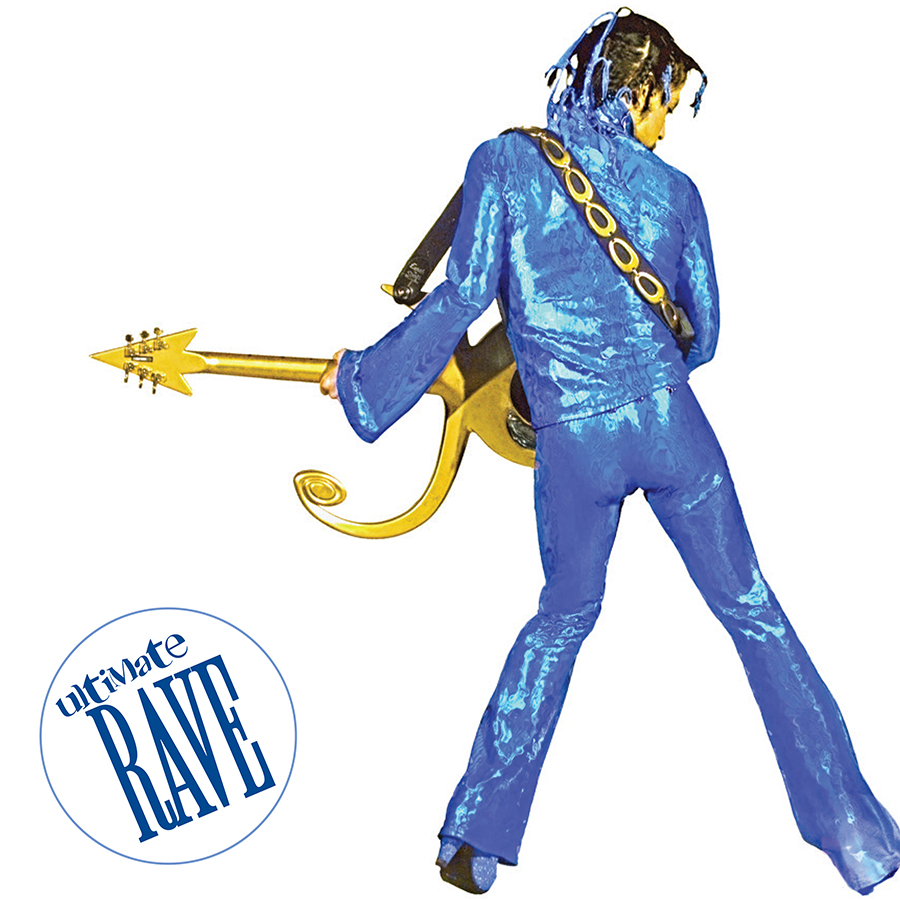 The Prince Estate and Legacy Recordings, a division of Sony Music Entertainment, are pleased to announce the next round of physical titles set for release as part of the ongoing and definitive Prince catalog project. Next up will be Prince’s Ultimate Rave on Friday, April 26.

A 3-disc bundle of the artist’s pivotal new millennium pop party dance music, Ultimate Rave brings together CDs of 1999’s Rave Un2 the Joy Fantastic and its 2001 remix Rave In2 the Joy Fantastic alongside a DVD containing the full-length performance version of Prince In Concert: Rave Un2 the Year 2000, Prince’s epic 1999 New Year’s Eve party, originally captured for on-demand pay-per-view airing during the dawning of Y2K.

The Rave titles are available now for pre-order: https://Prince.lnk.to/rav3

First came Rave Un2 the Joy Fantastic, his only album for NPG/Arista (and last released under the unpronounceable “Love Symbol” moniker), a record showcasing Prince’s mastery of pop and R&B through a variety of tracks and a surprising range of guest artists including Chuck D, Eve, Gwen Stefani, Ani DiFranco, and Sheryl Crow (Prince even covers Crow’s smash hit “Every Day is a Winding Road” on the album).

By 2001, Prince had established a groundbreaking internet presence through his NPG Music Club, an online destination site where fans could access new music alongside tracks from the fabled Prince Vault and other rarities. One of the first full-length releases from NPG Music Club was Prince’s Rave In2 the Joy Fantastic, a remix and reimagining of his ongoing “Rave” project.

In 1999, Prince promoted the release of Rave Un2 the Joy Fantastic with his iconic pay-per-view special, Prince In Concert: Rave Un2 the Year 2000. Broadcast on New Year’s Eve 1999, the special featured guest artists including Morris Day & the Time, Maceo Parker, Larry Graham, George Clinton, and Lenny Kravitz. The DVD of this concert features 23 tracks plus 4 “bonus groovez.” Tracks from across Prince’s career are featured including hits like “Let’s Go Crazy,” “Purple Rain,” “U Got The Look,” “Raspberry Beret,” “Gett Off,” and “Kiss” and deeper cuts like “She’s Always In My Hair,” “The Christ,” (originally “The Cross” from Sign O’ The Times) and “Nothing Compares 2 U” plus songs from Rave Un2 the Joy Fantastic like “Baby Knows” and “The Greatest Romance Ever Sold.” Besides this physical re-issue, a broadcast edit of Prince In Concert: Rave Un2 The Year 2000 is slated to air on PBS stations in June.

The Minnesota Timberwolves will distribute an exclusive Minneapolis-themed 7″ purple vinyl single to all attendees of the Timberwolves vs Miami Heat game on April 5 at Target Center in Minneapolis, MN.

The exclusive 7” release is an extension of the broader collaboration between The Prince Estate and the Timberwolves rooted in the Timberwolves Nike City Edition uniforms. A Minneapolis native and avid basketball fan, Prince would often be seen sitting courtside at Target Center.

As a way to celebrate the city of Minneapolis, music, basketball and pop culture, the Timberwolves City Edition Prince nights have featured musical tributes from Morris Day, Sounds of Blackness, Liv Warfield, Sheila E and two more acts yet to be announced for upcoming Prince nights on March 19 vs. the Golden State Warriors and the final Prince night game on April 5. To honor the occasion, the Prince Estate and Sony/Legacy will also make the soon-to-be-announced track available on digital services for the first time in March along with custom Prince x Timberwolves playlists. Follow @timberwolves for future details. For tickets to the April 5 game, and to secure the exclusive 7” purple vinyl, visit timberwolves.com/tickets.

3.    The Greatest Romance Ever Sold

3.   The Greatest Romance Ever Sold

19. The Greatest Romance Ever Sold