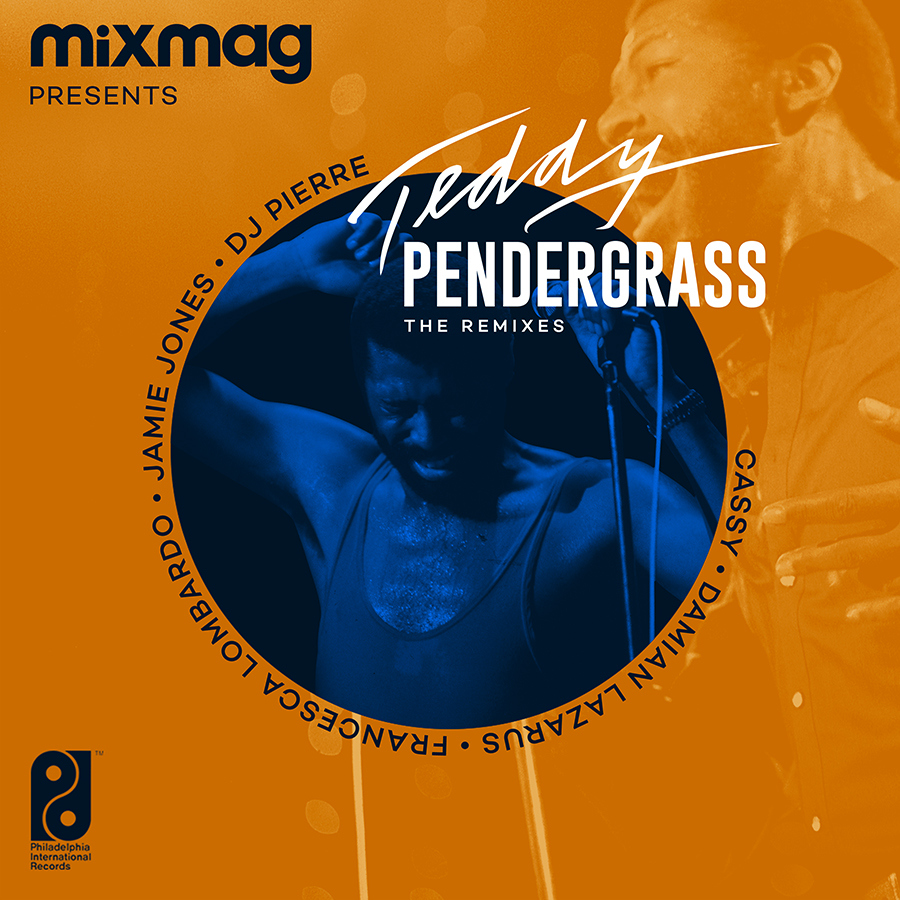 In support of the feature-length documentary ‘Teddy Pendergrass – If You Don’t Know Me’, Mixmag presents ‘Teddy Pendergrass: The Remixes. Featuring contributions from the foremost figures in the global electronic music scene Jamie Jones, Damian Lazarus, DJ Pierre, Francesca Lombardo and Cassy, the remix EP will be out on Friday 8th March on Philadelphia International Records via Legacy Recordings a division of Sony Music Entertainment.

Throughout the EP, selections from Teddy Pendergrass’ timeless catalogue are reimagined through an electronic lens. Opening the release is the first single out today, Jamie Jones’ remix of ‘Life is a Song Worth Singing’. Faithful to the feel-good essence of the original track, Jamie’s delivers a rippling and synth-based interpretation.

Listen to ‘Life is a Song Worth Singing’ (Jamie Jones remix) here https://LegacyRecordings.lnk.to/t3ddyrmxLW.

Damian Lazarus manipulates the raspy tones Teddy was famed for on ‘I Don’t Love You Anymore’,building an ambient disco groove around sparse vocal lines. DJ Pierre tackles the gem ‘The More I Get, The More I Want’ from TP’s celebrated first album. ‘Do Me’, a signature record that solidified Pendergrass’ sex symbol status receives rhythmic yet subdued rework courtesy of Francesca Lombardo. Cassy’s remix of ‘Only You’ substitutes its funky roots in favour of a thumping and bass-driven affair ready to set any dancefloor alight.

‘Teddy Pendergrass – If You Don’t Know Me’ chronicles the life and career of one of the soul music’s most cherished acts. As one of the first African-American artists to churn out four consecutive platinum albums, Teddy Pendergrass was undeniably on the brink of a superstardom that would rival the likes of Marvin Gaye, Barry White and Issac Hayes. Through interviews with family, friends and colleagues the biopics tells the story of his rise to fame within the complexities of 1960s America, his tragic fall and his triumphant comeback.

Producer of the documentary, Piers Tempest commented: “Teddy’s story is an important and ultimately inspiring one and we are delighted to help shine a light on the man and his music”. With this remix package, Mixmag and this all-star roster of producers further consolidate Teddy’s enduring impact on music history.

Teddy Pendergrass – If You Don’t Know Me’ had its broadcast premiere in the U.S. on February 8 on Showtime and will air throughout February and is currently available on demand and streaming. For more information: www.showtime.com. The UK theatrical film premiere in conjunction with Sky Arts will take place at The British Film Institute (BFI) on 19th February 2019 where director Olivia Lichtenstein will be taking questions before it’s nationwide release on 21st February at select cinemas with a broadcast on Sky Arts to follow in March. Further broadcasts in other countries in the world will be announced soon.

TEDDY PENDERGRASS – IF YOU DON’T KNOW ME

The Rise, Fall And Resurrection Of Soul’s Sexiest Superstar

‘Teddy Pendergrass: The Remixes’ is set for release on March 8th.