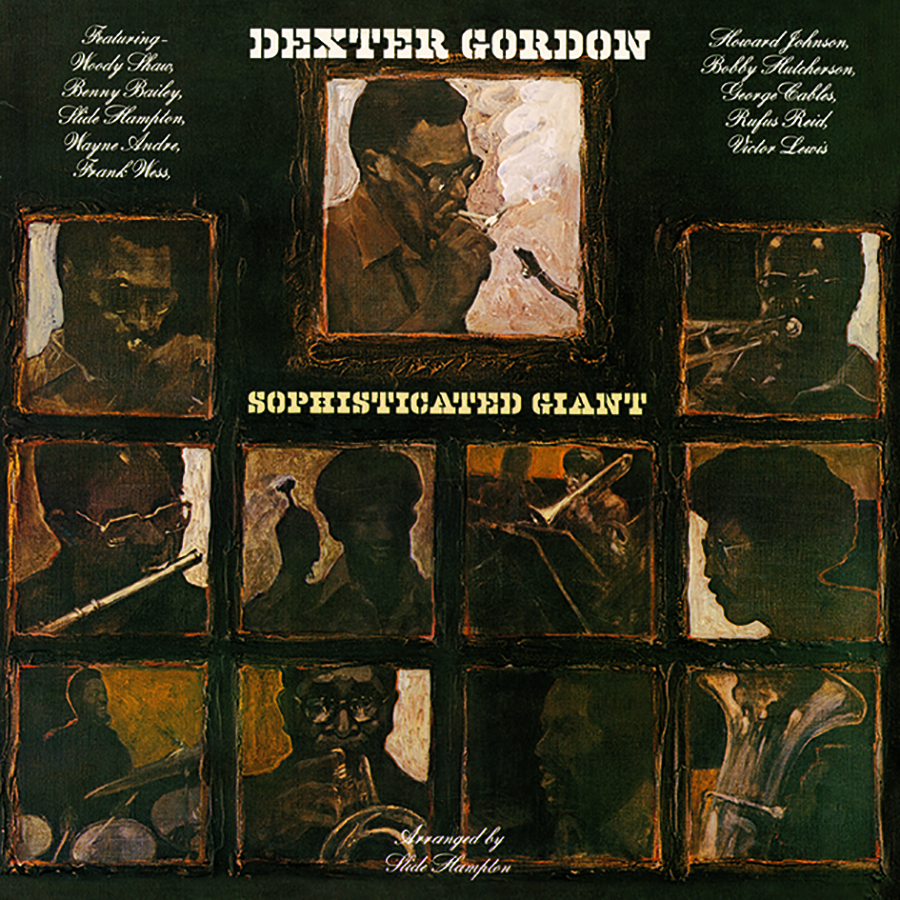 Legacy Recordings, the catalog division of Sony Music Entertainment will reissue Dexter Gordon’s celebrated late 70’s Columbia session Sophisticated Giant on vinyl on October 26 to coincide with the new biography by Maxine Gordon that shares it’s title. Sophisticated Giant was recorded shortly after Gordon’s triumphant return to the States after a dozen years living in Europe. Originally recorded in June of 1977, the album finds Gordon on both tenor and soprano saxophone joined by an all-star “Dextette,” 10 crack players including trumpeters Woody Shaw and Benny Bailey, Frank Wess on alto and flute, trombonists Slide Hampton and Wayne Andre, Howard Johnson on tuba, vibes master Bobby Hutcherson, and the rhythm section of George Cables on piano, Rufus Reid on bass and Victor Lewis on drums. Includes the Gordon original “Fried Bananas,” Shaw’s “The Moontrane” plus standards such as “Laura” and “You’re Blasé” all arranged by Slide Hampton and produced by Michael Cuscuna. Besides a standard black vinyl edition that recreates the album as originally released, Barnes & Noble will also offer an exclusive limited version on leather brown vinyl.

Due out on November 2 via the University of California Press, the book Sophisticated Giant delves into Dexter Gordon’s life and legacy as not only one of the major innovators of modern jazz, but also one of the music’s most beloved characters and an Academy Award-nominated actor. In a context of biography, history, and memoir, Maxine Gordon has completed the book that her late husband began, weaving his “solo” turns with her voice and a chorus of voices from past and present. Reading like a jazz composition, the blend of research, anecdote, and a selection of Dexter’s personal letters reflects his colorful life and legendary times. Sophisticated Giant fulfills the promise that Maxine Gordon made to her late husband, when he died in 1990 to complete his biography. 28 years later, Maxine has kept her promise to Dexter and to his countless fans worldwide.