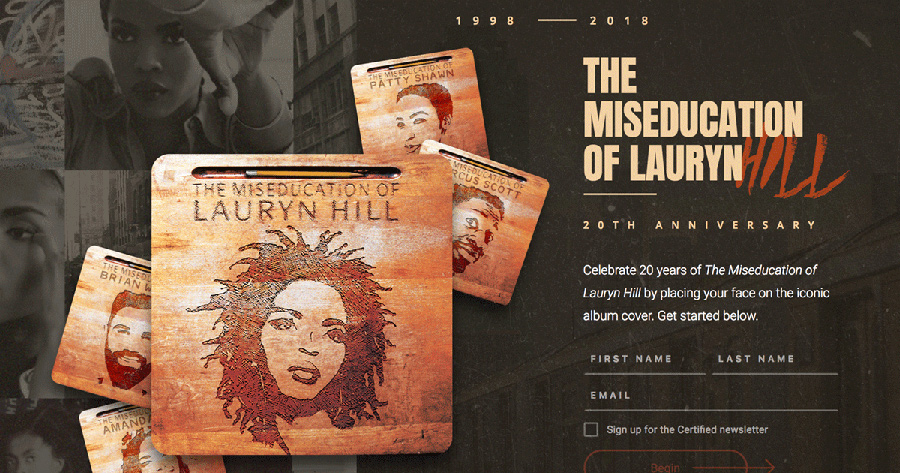 Sony Music’s Certified Classics, Legacy Recording’s division for the celebration of Sony Music’s Hip Hop and R&B catalogue, announces the launch of The Miseducation of Lauryn Hill Album Cover Experience in conjunction with 20th Anniversary of the iconic album.

The Miseducation of Lauryn Hill Album Cover Experience allows fans to personalize and recreate the iconic Miseducation album cover with their own face and name which can then be shared on socials.

Multi-platinum artist Ms. Lauryn Hill rose to prominence with The Fugees and took the world by storm two decades ago as a solo artist with her Certified 8x platinum The Miseducation of Lauryn Hill. The album debuted at #1 on the Billboard 200 and spent 81 weeks total on the chart and has sold over 20 million copies worldwide. Singles including “Doo Wop (That Thing)” and “Everything Is Everything” catapulted her to superstardom, ultimately lauding her with ten GRAMMY® nominations and five GRAMMY® Award wins. This included Album of the Year, which she was the first female Hip-Hop artist to win as well as Best New Artist and more.