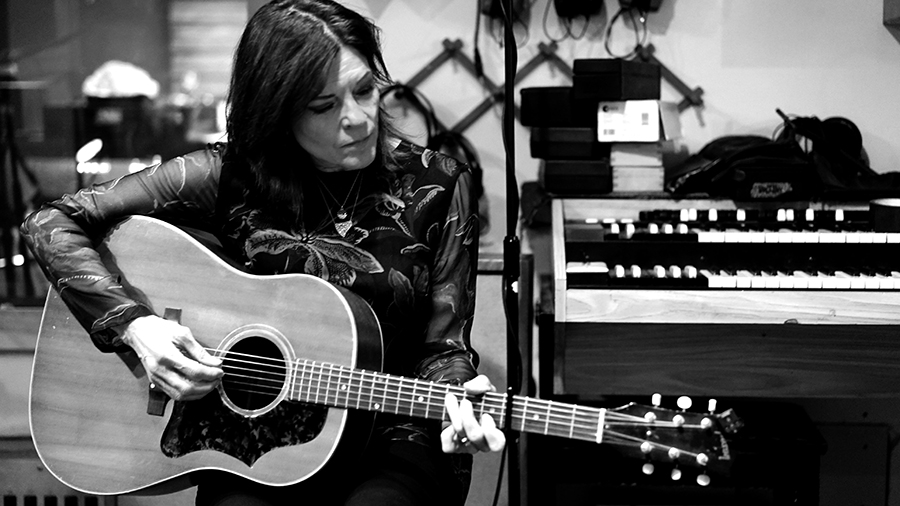 Legacy Recordings has released the first official music video from Johnny Cash: Forever Words (out April 6). “The Walking Wounded” finds Rosanne Cash turning a recently published poem written by her father into a moving new song. The video for “The Walking Wounded” was filmed by David McClister at Johnny Cash’s childhood home in Dyess, Arkansas (part of the Dyess Colony Heritage Site and Museum).

Johnny wrote the poem at a time when he was suffering extreme physical pain. According to his son and album co-producer John Carter Cash, during that time Johnny was immersing himself in books about the Vietnam War and the PTSD that afflicted its veterans. Through his empathy with their pain, Johnny gained new perspective on his own suffering, and drew the connection from his scars to theirs.

“There’s so much pain in these lyrics, and they’re unrelentingly dark,” says Rosanne. “I really tried to feel what [my father] would have thought about it, and it felt like a collaboration. I think he’d be proud of it. I am.”

When Johnny Cash and June Carter Cash passed, they left behind what John Carter Cash describes as a “monstrous amassment” of things, including a treasure trove of undiscovered material that includes Johnny Cash’s handwritten letters, poems and documents, penned across the entirety of his life.

Recorded primarily at the Cash Cabin Studio in Hendersonville, Tennessee, Johnny Cash: Forever Words is also the musical companion to the best-selling “Forever Words: The Unknown Poems,” a volume of Cash’s unpublished writing edited by Pulitzer Prize-winning poet Paul Muldoon and curated by John Carter Cash and Steve Berkowitz. Muldoon also contributes liner notes on the album. Many of the songs on Johnny Cash: Forever Words were directly inspired by material in the book while others are drawn from different sources of Cash’s unpublished writings.