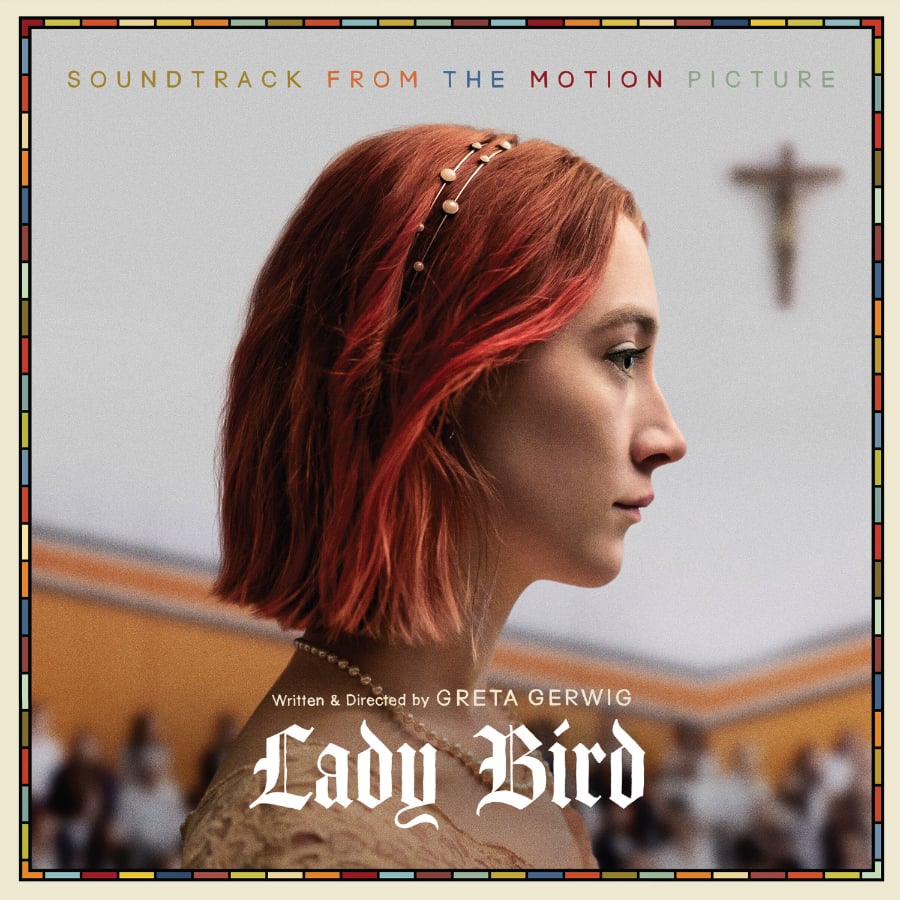 Legacy Recordings to release LADY BIRD – Soundtrack from the Motion Picture as Digital Album on January 12, 2018; CD Edition Will be Available February 2, and 2LP 12″ Vinyl Edition Comes Out Friday, March 16

Lady Bird, written and directed by Greta Gerwig, premiered at the Telluride Film Festival in early September to instant and rapturous acclaim. It was released theatrically in November, and has gone on to be the best-reviewed film ever on Rotten Tomatoes, earning universal praise from audiences and critics.

In Lady Bird, Greta Gerwig reveals herself to be a bold new cinematic voice with her directorial debut, excavating both the humor and pathos in the turbulent bond between a mother and her teenage daughter.

Gerwig disclosed this fall that she’d written personal letters to artists she had in mind for the film—including Dave Matthews and Alanis Morissette—to expressly ask for their blessing to use their  songs in Lady Bird. “The soundtrack,” wrote Tatiana Tenreyro in Billboard (November 21, 2017), “plays a big role in showing protagonist Lady Bird’s turbulent adolescent years. The film is set in 2002, and Gerwig wanted it to feel as authentic as possible with a soundtrack that transports viewers to the era.”