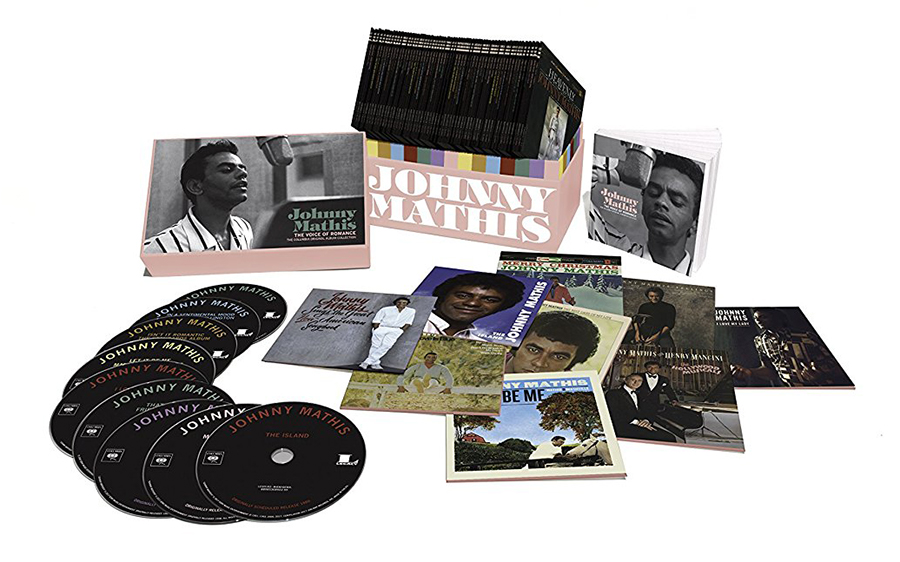 Legacy Recordings, the catalog division of Sony Music Entertainment, is set to release The Voice of Romance: The Columbia Original Album Collection, the definitive Johnny Mathis career-spanning box set on December 8th. The 68-disc set comes as a part of the continued celebration of the enduring musical achievements of Johnny Mathis (who first signed with Columbia Records in 1955.) Legacy has worked closely with Mathis on the curation of his Columbia catalog, pouring through the label’s deep archive of studio and live material, restoring and remastering tracks for digital release. Within this vast career-spanning boxset, Legacy Recordings has included 62 Columbia albums that have been remastered (25 of which are available on CD for the very first time), two previously unreleased albums, a 2-disc collection featuring 40 previously unreleased songs as well as Johnny Mathis Sings The Great New American Songbook.

The box is available for pre-order here: https://LegacyRecordings.lnk.to/mathis_vorbox

Signed to Columbia Records in the mid-1950’s, Johnny Mathis was one of the very first musical artists to embrace the album concept and record fully-realized thematically and sonically coherent collections of songs. His 1958 release, Johnny’s Greatest Hits inaugurated the ongoing “greatest hits” anthology phenomenon becoming one of the most popular albums of all time after spending an unprecedented 490 continuous weeks (almost ten years) on the Billboard Top Albums Chart. To date, Johnny Mathis has had 3 songs inducted into the Grammy Hall of Fame, achieved 50 hits on Billboard’s Adult Contemporary Chart, and ranks as the #6 all-time album artist in the history of Billboard’s pop album charts. He has received 5 Grammy Nominations, and in 2003 he was given the Lifetime Achievement Award from the Academy of Recording Arts and Science.