Wyclef Jean has released his much anticipated new album Carnival III: The Fall and Rise of a Refugee, today via Heads Music / Legacy Recordings. Wyclef’s first full-length album in eight years, the album features contributions from Emeli Sandé, Supah Mario, The Knocks, and Lunch Money Lewis. The release coincides with the 20th anniversary of Wyclef’s critically acclaimed debut album The Carnival and the 10th anniversary of The Carnival II.

In addition, Wyclef has released the video for his track “Borrowed Time” today via Complex. “Borrowed Time” marries together music, science and technology with sounds recorded by the Juno satellite, which has been orbiting Jupiter and taking pictures, video and recording sounds. As part of a collaboration with NASA’s Juno project, sounds from Jupiter were incorporated into the track. Watch the video for “Borrowed Time” and buy the album here.

Wyclef speaks on the creation and inspiration behind “Borrowed Time,” “I worked together with Scott Bolton who developed this, so I got to geek out a bit. The craziest part for me was that no human being had heard these particular sounds yet. I freaked out when I heard them. To me, we are all vibrations of light and sound. I’ve done a lot of humbling things in my career, including working closely with Michael Jackson. I wish MJ was here to see us create songs with sonics from the Universe.”

“My Carnival albums have always been about celebrating music culture from all parts of the world and Carnival III is no different,” says Wyclef. “It’s outside the box. There’s genre-bending. There’s new talent on there. Carnival III is more than just an album. It’s a celebration of what I love about music: discovery, diversity and artistry for art’s sake… It’s about putting music together that will outlive me and live on for generations to come that is full of emotion, vibration and fun. Get ready.”

The music that Wyclef Jean has written, performed, and produced — both as a solo superstar and as founder and guiding member of the Fugees — has been a consistently powerful, pop cultural force for over two decades. In 1996, the Fugees released their monumental album The Score. As a solo artist, he has released six albums that have sold nearly nine million copies worldwide, including his 1997 debut The Carnival and 2000’s aptly titled The Eclectic: 2 Sides II a Book. 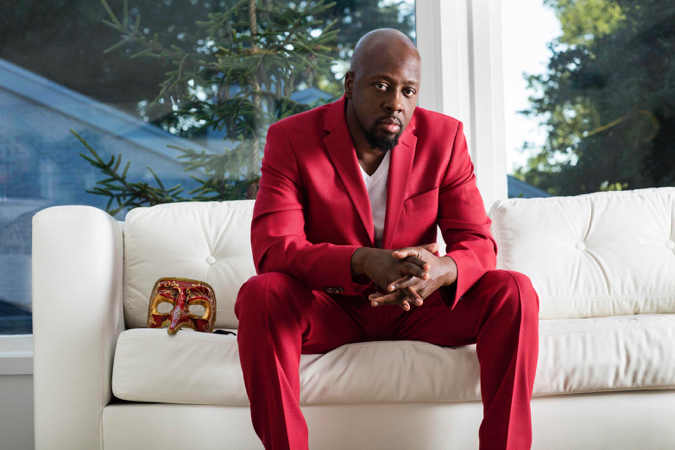 Carnival III: The Fall and Rise of a Refugee Tracklist: