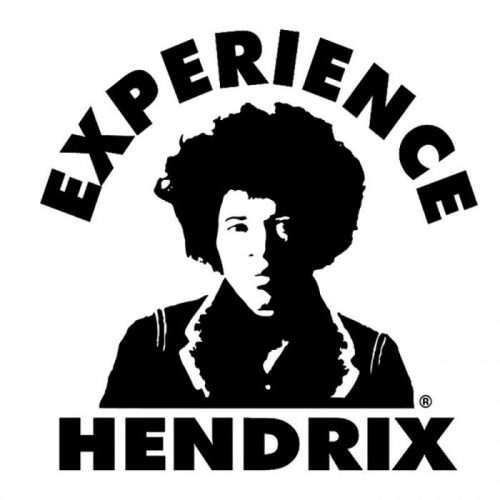 Sony Music Entertainment and Experience Hendrix L.L.C. have agreed to renew their historic licensing partnership–first announced in 2009–which covers the ongoing curation and distribution of the Jimi Hendrix catalog and archives, making the artist’s music and film materials available to fans around the world across all media formats and platforms.

The Jimi Hendrix catalog and archives encompass the recordings made by the guitarist/singer/composer during the meteoric 4-year period (c. 1966-1970) across which the artist evolved from a little known itinerant sideman to such R&B legends as Little Richard & the Isley Brothers into an international icon and archetypal pop-rock superstar, a visionary genius and force of nature whose effect on music, fashion and culture is still palpable fifty years after Are You Experienced changed how the world hears music.

In addition to the groundbreaking albums and singles released during his lifetime the Jimi Hendrix catalog has since been expanded to include definitive presentations of legendary live performances at such historic events as the Monterey Pop Festival and Woodstock, recordings made for the BBC, and the many extraordinary studio recordings he made at Electric Lady Studios, his state of the art Greenwich Village recording facility. Led by Experience Hendrix L.L.C. President/CEO and Catalog Director/Producer John McDermott, audio-visual titles such as the Grammy Award winning Band Of Gypsys and the acclaimed 2014 Emmy Award winning PBS American Masters documentary, “Jimi Hendrix: Hear My Train A-Comin'” have helped broaden the global appreciation and understanding of Hendrix’s success and continuing appeal.

The renewal of the SME/Legacy Recordings/Experience Hendrix partnership will provide additional support for the Jimi Hendrix Park Foundation, which will allow the Foundation to continue its commitment to cultural diversity and the legacy of Jimi Hendrix and his music. The Jimi Hendrix Park in Seattle celebrated its grand opening on Saturday, June 17, 2017.

“Jimi’s life and legacy are precious to us and, quite naturally, we could only entrust it into the hands of those who share our love and enthusiasm for his amazing work. Sony, through Legacy Recordings, has proven their dedication to preserving Jimi’s life work with integrity. Being with Sony is like being at home with family. We are comfortable with our partnership and excited about the future of Jimi’s catalog,” said Janie Hendrix, CEO/President, Experience Hendrix L.L.C.

“As a musical, social and cultural icon, Jimi Hendrix is among the most profoundly influential and important artists in the history of recorded music,” said Adam Block, President, Legacy Recordings. “Sony Music and Legacy Recordings are proud and honored to continue working with Experience Hendrix to bring the sounds of Jimi Hendrix to future generations of musicians and fans. Over the course of his all-too-brief career, Jimi Hendrix altered the DNA of popular music and the effects of his presence can still be felt in the recordings he left behind. We are lucky to be able to hear and experience the power of Jimi Hendrix and his music.”

About Experience Hendrix L.L.C.:
Founded by James ‘Al’ Hendrix, Jimi’s father, in 1995, Experience Hendrix, has been managed since its inception by the family members handpicked by Al during his tenure as Chairman. It is the official family company charged with managing the music, name, image and likeness of Jimi Hendrix. As a part of their daily operations, Experience Hendrix and Authentic Hendrix oversee Jimi’s timeless legacy on a worldwide basis.