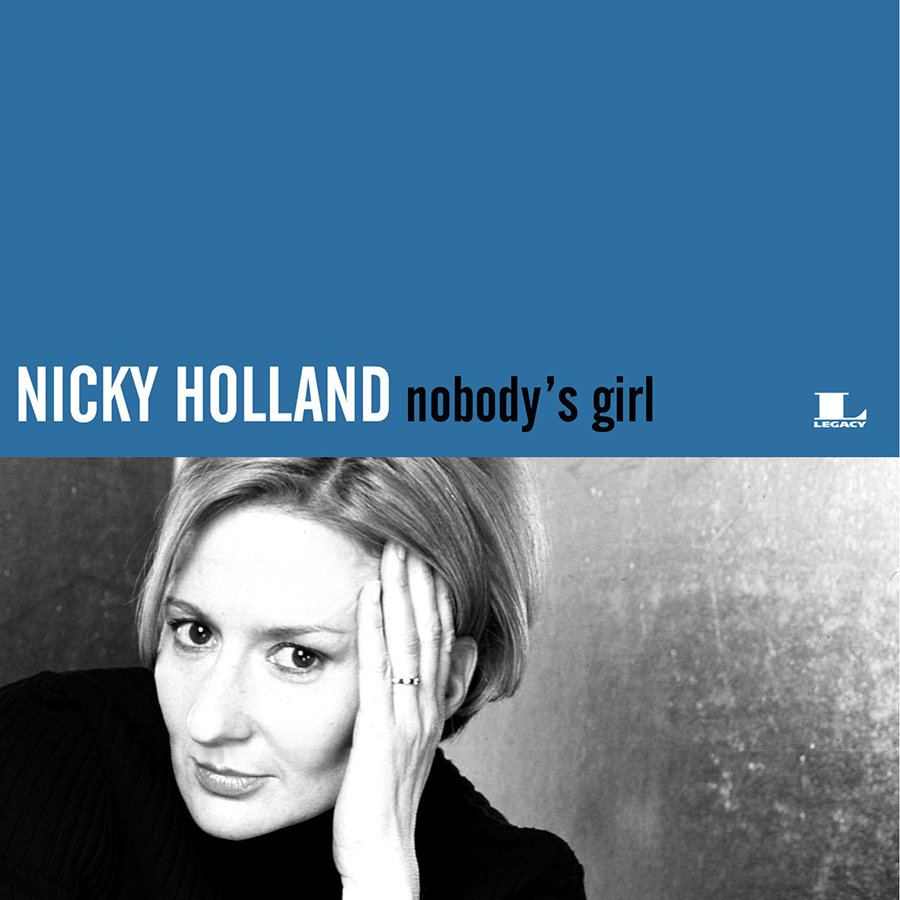 With 2016 having marked the 25th anniversary of Nicky Holland (her solo debut, released June 1991) and 2017 occasioning the 20th anniversary of Sense and Sensuality (released June 1997), singer/songwriter/pianist/composer/arranger Nicky Holland (whose resume includes Tears For Fears, Fun Boy Three and creating scores for John Hughes films) sensed that now was “an appropriate time to re-evaluate” those albums and assemble Nobody’s Girl, the definitive retrospective of her solo work as a recording artist for Epic Records.

Lovingly curated and newly remixed by the artist, Nobody’s Girl brings together 13 essential studio performances–seven from Nicky Holland (produced by Derek Nakamoto and Nicky Holland), five from Sense and Sensuality (produced by Michael Beinhorn) and her unforgettable version of the Burt Bacharach-Hal David classic “I Just Don’t Know What To Do With Myself” (produced by Jimmy Bralower and Jeff Bova). Originally recorded for the multi-million selling “My Best Friend’s Wedding” soundtrack album (also released in June 1997), the track “was actually the last thing I did as a singer,” Nicky remembers. A big fan of Dusty Springfield’s iconic recording of the song, Nicky “was thrilled when Sony asked me to sing it for the soundtrack record.” Nicky Holland and Sense and Sensuality will also be available for the first time ever digitally on July 28th. Pre-order Nicky Holland here, and pre-order Sense and Sensuality here.

Working again with producer Derek Nakamoto, who’d helmed her debut in 1991, Nicky “remixed quite a lot of the first album” for inclusion on Nobody’s Girl. “I’m an arranger and I love texture and density and listening back to it now, I just thought about how to give this a new spin, take it out of the ethereal world and back into the living room. I wanted the songs on this album to sound like they were when I originally wrote them.”

Nicky took the original 2-inch tapes and painstakingly transferred them to digital. “On a couple of songs, I added a few bits and pieces,” Nicky says. “Basically, it’s what was there…just in a new perspective. I’m making the storyteller, myself, and the story more present.”

One of the highlights of Nobody’s Girl is “New York Inside My Head,” a song originally appearing on Sense and Sensuality for which Nicky has recently completed a breathtaking new video lensed by Karsten Staiger.

Revisiting the music she’d made 20-25 years ago proved an intensely emotional experience for Nicky. “It was like no time had passed,” she says. “We were back there.”

“Face of the Moon” had been Nicky’s mother’s favorite song and the family was playing it for her in the hospital when she crossed over to the other side. During the making of Nobody’s Girl, Nicky heard “Face of the Moon” for the first time since her mother’s passing. “You go right back there. It’s amazing how music does that.”