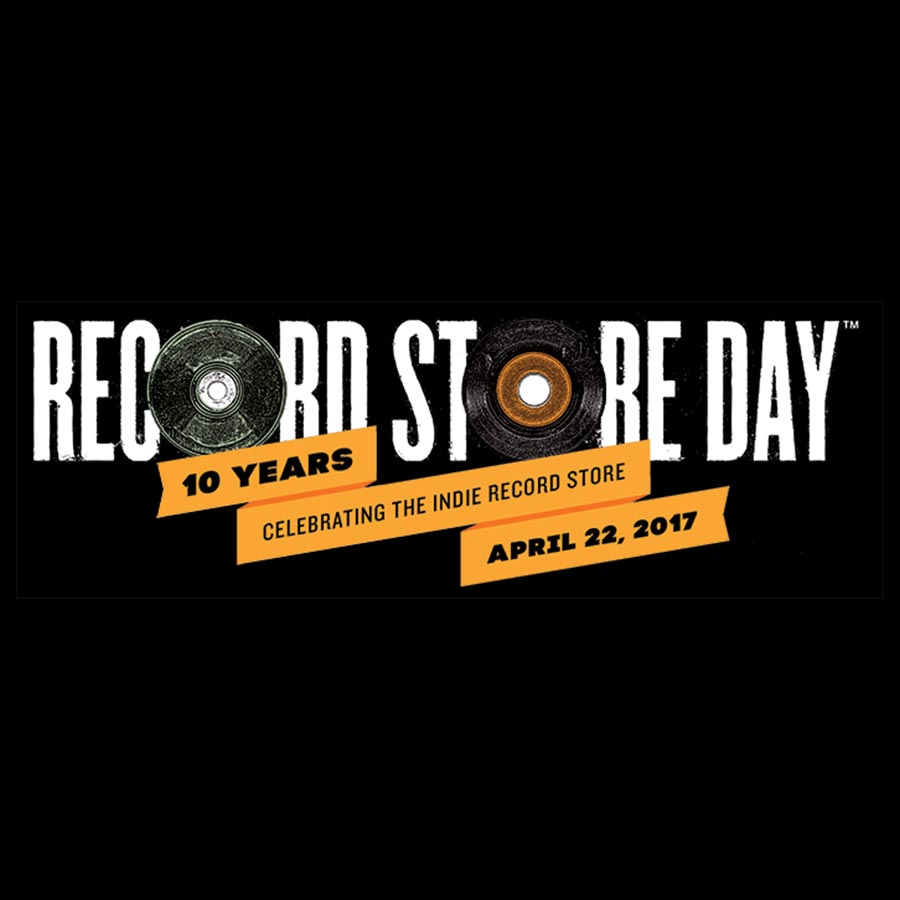 Bruce Springsteen & The E Street Band – Hammersmith Odeon London ’75 – 4LP 12″ vinyl – Numbered
On November 18, 1975, Bruce Springsteen & The E Street Band made their first concert appearance outside of America, at London’s Hammersmith Odeon. Born to Run had been released three months earlier, and Springsteen had famously appeared on the covers of Time and Newsweek three weeks before the Hammersmith gig–was the rest of the world finally ready for him? More than 40 years later, Hammersmith Odeon London ’75 answers with a resounding “yes”–and now, for the first time on vinyl, fans can experience the magic of that unforgettable night.

Robert Johnson – The Complete Recordings: The Centennial Collection – 3LP 12″ vinyl – Numbered
In 1936 and 1937, Robert Johnson recorded two sessions of Delta blues that would profoundly shape the course of rock music over the 20th century. The Complete Recordings: The Centennial Collection is the ultimate document of these groundbreaking sessions. All 42 known recordings are exquisitely remastered on 3 LPs, packaged in a deluxe trifold jacket including extensive liner notes–the first time Johnson’s complete recorded works are available in one vinyl package. This set also includes an exclusive bonus poster featuring the original labels of Johnson’s 78 RPM singles, released by Vocalion 80 years ago.

Toto – “Africa”/”Rosanna” Picture Disc – 1LP 12″ vinyl
Two of Toto’s biggest hits–the chart-topping “Africa” and Grammy Award-winning smash “Rosanna”–return to vinyl on a special recreation of a limited edition, die-cut, Africa-shaped picture disc originally released in 1982, featuring a map of the continent on the A-side and an image of actress Rosanna Arquette, the inspiration for “Rosanna,” on the B-side. This is the first release in celebration of the 40th anniversary of Toto, one of the best-selling and most virtuosic rock bands of all time.

André 3000 – “All Together Now” – 7″ vinyl single
For the first time on vinyl, André 3000’s eclectic interpretation of The Beatles’ “All Together Now,” first heard in a Nike commercial which aired during the NBA Finals in 2010. This 45rpm 7″ single is backed with a previously unreleased instrumental version of the track.

Dennis Wilson – Bambu (The Caribou Sessions) – 2LP 12″ colored vinyl
Bambu (The Caribou Sessions) features highlights from the recording sessions for the planned second album by Dennis Wilson of The Beach Boys. Recorded in 1978 as the follow-up to Wil-son’s classic Pacific Ocean Blue, these eclectic and ambitious recordings were left unreleased when Wilson died in 1983, and remained so until 2008. Now, the power and emotion of Wilson’s lost masterpiece can be heard on a newly designed 2LP set pressed on colored vinyl and featur-ing new liner notes by Ken Sharp.

Nilsson – Nilsson Schmilsson – 1LP 12″ white/yellow half-color vinyl
Harry Nilsson’s 1971 masterpiece Nilsson Schmilsson will be pressed on yellow and white split color vinyl for Record Store Day. This classic LP–the first of two that Nilsson recorded in Eng-land with producer Richard Perry–features the Grammy Award-winning No. 1 hit “Without You” (written and originally recorded by Badfinger and later a hit for Mariah Carey) plus the quirky Top 10 smash “Coconut” and the hard-driving “Jump Into the Fire.” This special reissue also includes a reproduction of the poster included with original copies of the album.

Moondog – Moondog – 1LP 12″ white vinyl
He was born Louis Hardin, but the world knew him as Moondog–and his avant-garde compositions influenced a generation of minimalist composers like Philip Glass and Steve Reich. Now, The Viking of 6th Avenue’s seminal 1969 album, recorded with producer James William Guercio, will be reissued on white vinyl, its first pressing in over a decade. Featuring original symphonic and classically-inspired works (including material dedicated to Charlie Parker and Benny Goodman), Moondog is an album that must be heard to be believed.

Santana – Live At The Woodstock Music & Art Fair, August 16, 1969 – 1LP 12″ black vinyl
When Santana took the stage at the Woodstock Music & Art Fair on August 16, 1969, the group was virtually unknown outside of the thriving Bay Area music scene. By the time they triumphantly closed their set, they were one of the festival’s biggest surprises. Santana delivered a career-making performance melding Latin rock and bruising blues that readied the world for the band’s platinum-selling debut album, released weeks later. Santana Live At The Woodstock Mu-sic & Art Fair, August 16, 1969 takes listeners back to that jaw-dropping show, pressed on vinyl for the first time.

Ben Folds and the West Australian Symphony Orchestra – Live in Perth – 2LP 12″ black vinyl
Recorded live over two nights in Australia in 2005, Live in Perth features Ben Folds in collaboration with the West Australian Symphony Orchestra for a lush symphonic take on favorites from his witty piano-pop discography–his first of many performances with orchestras all over the world. Previously only available on DVD, Live in Perth will be available as a 2LP set that features two previously unreleased recordings from the concerts.

Alice in Chains – “Get Born Again”/”What the Hell Have I” – Two 7″ black vinyl singles – gatefold
This special Alice in Chains 45 RPM double 7″ single collects four hard-hitting tracks remastered and available on vinyl for the first time. “What the Hell Have I” and “A Little Bitter,” released on the soundtrack to the Arnold Schwarzenegger film “Last Action Hero” in 1993, were the first to feature new bassist Mike Inez, who’d played with Ozzy Osbourne for five years. “Get Born Again” and “Died,” released on the box set Music Bank in 1999, were the band’s final recordings with original vocalist Layne Staley.

Pearl Jam – “State of Love and Trust”/”Breath” – 7″ black vinyl single
First heard 25 years ago on the soundtrack to Cameron Crowe’s Singles, Pearl Jam’s “State of Love and Trust” and “Breath” are coupled on 45 RPM 7″ vinyl for the first time. The double platinum soundtrack album exposed mainstream audiences to the burgeoning Seattle grunge scene, and helped establish bands like Pearl Jam, Alice in Chains, Soundgarden and Mudhoney. Pearl Jam will be inducted into the Rock and Roll Hall of Fame on April 7, 2017. Singles: Original Motion Picture Soundtrack – Deluxe Edition will be released on CD and LP in May and features a bonus disc of rare and unreleased material from Chris Cornell, Paul Westerberg and more.

Also coming from Legacy for RSD 2017 are:

Jimi Hendrix – Live at George’s Club 20 – 2LP 12″ black vinyl
Live At George’s Club 20 collects raw amateur live recordings of Jimi Hendrix performing with Curtis Knight, made in December 1965 and January 1966—just months before the discovery of the game-changing guitarist in Greenwich Village by Animals bassist Chas Chandler. These raucous blues and soul recordings represent the closest approximation we have to what Chandler heard when he first spotted Hendrix at the Café Wha? on MacDougal Street. Never before officially released in America, Jimi’s primal guitar, compelling voice and magnetic persona are evident throughout inspired interpretations of classic material by Muddy Waters, Jimmy Reed, Ray Charles and others. This specially priced, two LP offering from Dagger Records, the official bootleg label created by Experience Hendrix, presents the original recordings restored by Hendrix’s longtime sound engineer Eddie Kramer. These remarkable recordings are free of the extraneous overdubs and excess audio manipulation apparent on earlier, unsanctioned releases of these performances.

The highly collectible 12″ single version of Pink Floyd’s groundbreaking Interstellar Overdrive is a one-sided mono record struck on 180gram black vinyl and spins at 33-1/3rpm. The single includes a fold-out poster and an A6 postcard featuring a classic image of the band taken when Pink Floyd was recording the group’s debut single, “Arnold Layne.” Written and performed by Syd Barrett, Roger Waters, Richard Wright and Nick Mason, this version of Interstellar Overdrive is a previously unreleased recording from 1966, running close to 15 minutes long. The original recording was made at the Thomson studio in Hemel Hempstead, Hertfordshire on November 31, 1966, prior to Pink Floyd’s signing with EMI. A different, shorter version of the track appears on the band’s debut album The Piper at the Gates of Dawn.

The images for the single’s artwork are taken from the band’s gig at UFO at the Blarney Club, London on January 13, 1967. The short-lived UFO Club was the scene of the band’s early, pioneering psychedelic shows that saw Pink Floyd establish the group’s prominence in the UK music scene.

Johnny Mathis – “Wonderful! Wonderful!”/”When Sunny Gets Blue” – 7″ black vinyl
On September 21, 1956, the first Johnny Mathis session produced by Mitch Miller took place. It succeeded beyond anyone’s wildest expectations. The first single from that session, “Wonderful! Wonderful!” b/w “When Sunny Gets Blue,” shot up the charts in early 1957, peaked at #14, and stayed on Billboard’s Pop Singles chart for 39 weeks – a record that remained unbroken for more than 20 years. 60+ years later, the importance of these two cuts to Mathis’ career–and pop music history–cannot be overemphasized. Amidst the burgeoning rock ‘n’ roll juggernaut of the 1950s, young listeners heard one of their peers in a musical setting which allowed them to take a breath-er from the frenzied drive of rock ‘n’ roll and they liked it. And what’s more, so did their parents.

Various – Dogfish Head Presents Music To Drink Beer To, Vol. 3 – 1LP 12″ vinyl
Music To Drink Beer To 3rd Edition is the latest limited-edition compilation put together by long-time friends Sam Calagione of Dogfish Head and Adam Block of Sony Music’s Legacy Recordings. Sam, who’s in the beer business and a raging music geek, and Adam, who’s in the music business and a raging beer geek, sat down over a few beers and a stash of well-worn vinyl and picked some of their favorite tracks.

Launched in 2016, Certified creates opportunities to discuss, revisit, and renew interest in a gen-re that shaped an entire culture, making the leap from a grassroots form of expression to a main-stream juggernaut with staying power. Certified provides contemporary music fans access to rare and unreleased albums, singles, remixes, photos and video footage from iconic labels that have come through the Sony label system such as Jive, Loud, Ruffhouse, J Records, Arista, LaFace, So So Def, Profile, RCA Records, Epic, and Columbia—all in an effort to tell stories that help illustrate the impact R&B and Hip-Hop have made on music and the world.

Various – Giant Single: The Profile Records Rap Anthology Vol. 1 – 2LP 12″ red vinyl
While New York-based Profile Records was conceived as a home for disco when it was founded in 1979, the fledgling label caught on to the hip-hop movement as the 1980s dawned, releasing pioneering tracks by Dr. Jeckyll & Mr. Hyde, Rammelzee vs. K-Rob, Run-DMC, Dana Dane and more. Giant Single: The Profile Records Rap Anthology Vol. 1 spotlights the early influence of one of rap’s true super-powered indie labels, with 15 classic hits on 2LP red vinyl!