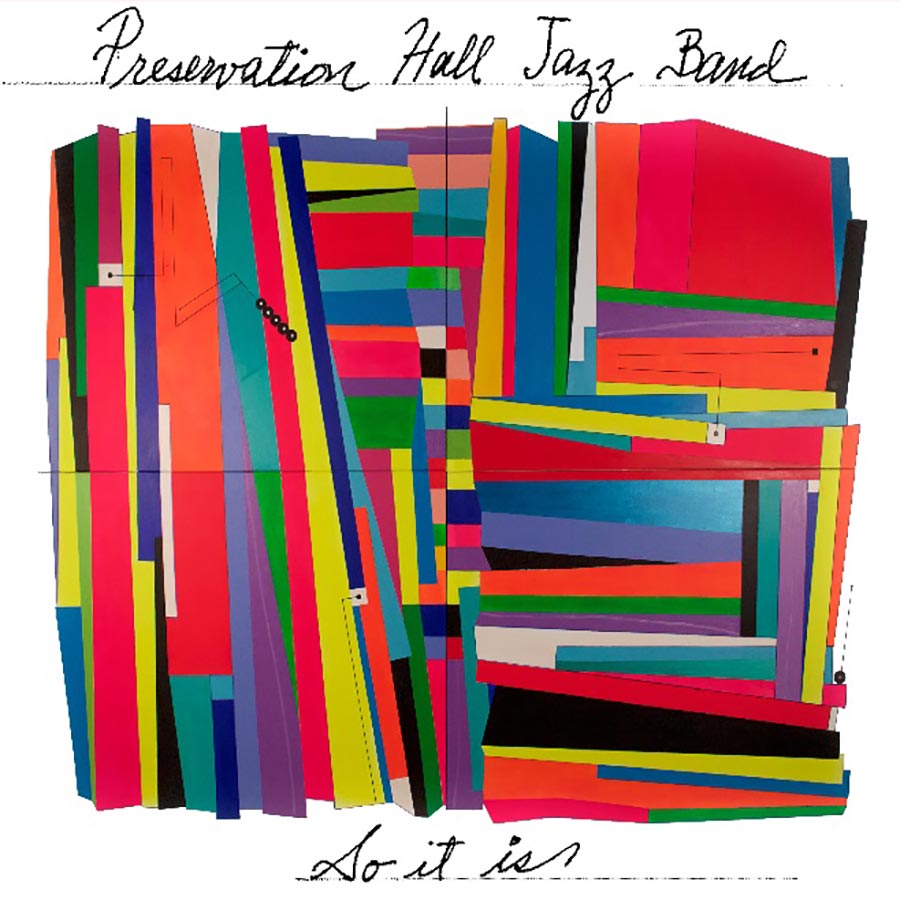 Roots & A Revolution:
Preservation Hall Jazz Band Turns A Page
“So It Is”

Album Of All Original Songs, Out April 21, 2017 Via Legacy Recordings

Preservation Hall Jazz Band have announced the release of their new album, So It Is, the septet’s second release featuring all-new original music, coming April 21 via Legacy Recordings. So It Is finds the classic PHJB sound invigorated by a number of fresh influences, not least among them the band’s 2015 life-changing trip to Cuba.

“In Cuba, all of a sudden we were face to face with our musical counterparts,” says bandleader/composer/bassist Ben Jaffe. “There’s been a connection between Cuba and New Orleans since day one – we’re family. A gigantic light bulb went off and we realized that New Orleans music is not just a thing by itself; it’s part of something much bigger. It was almost like having a religious epiphany.”

Producer David Sitek, a founder of art rock innovators TV on the Radio who has helmed projects by Kelis, the Yeah Yeah Yeahs and Santigold among others, offered both a keen modern perspective and a profound respect for the band’s storied history. Upon arriving in New Orleans to meet with the band, Sitek recalls he and Jaffe accidentally stumbling into one of the city’s famed second-line parades. “I was struck by the visceral energy of the live music all around, this spontaneous joy, everything so immediate,” he says. “I knew I had to make sure that feeling came out of the studio. It needed to be alive. It needed to sound dangerous.”

The music on So It Is, penned largely by Jaffe and 84 year-old saxophonist Charlie Gabriel in collaboration with the entire PHJB, stirs together that variety of influences like classic New Orleans cuisine. Longtime members Jaffe, Gabriel, Clint Maedgen and Ronell Johnson have been joined over the past 18 months by Walter Harris, Branden Lewis and Kyle Roussel, and the new blood has hastened the journey into new musical territory. Inspired by that journey and reinvigorated by the post-Katrina rebuilding of their beloved home city, PHJB are redefining what New Orleans music means in 2017 by tapping into a sonic continuum that stretches back to the city’s Afro-Cuban roots, through its common ancestry with the Afrobeat of Fela Kuti and the Fire Music of Pharoah Sanders and John Coltrane, and forward to cutting-edge artists with whom the PHJB have shared festival stages from Coachella to Newport, including legends like Stevie Wonder, Elvis Costello and the Grateful Dead and modern giants like My Morning Jacket, Arcade Fire and the Black Keys.

So It Is Tracklist:

Pre-order So It Is