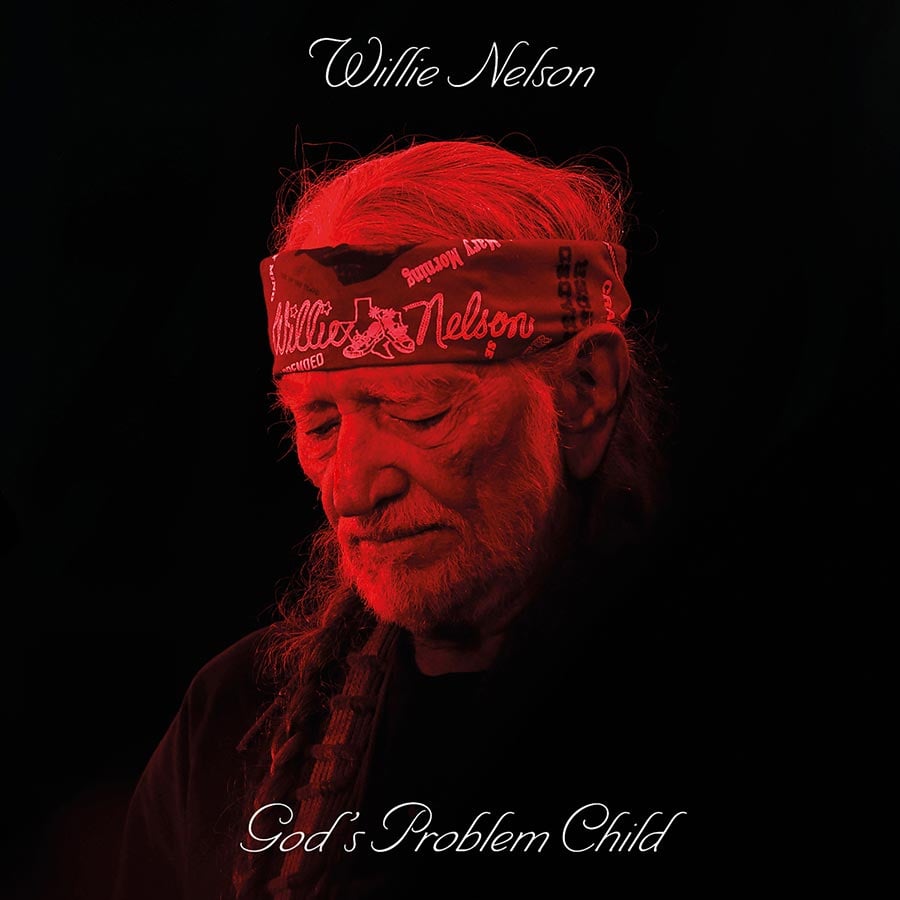 An album of all-new recordings, God’s Problem Child adds 13 new songs to the artist’s repertoire, including seven recently written by Willie and Buddy Cannon, his longtime collaborator and producer. The album is Willie’s first to debut all-new songs since Band of Brothers (his 4th Legacy release) reached #1 on the Billboard Country chart and #5 on the Billboard 200 in 2014.

Willie’s 7th Legacy collection, Summertime: Willie Nelson Sings Gershwin is currently in the running for a Grammy Award in the Best Traditional Pop Vocal Album category. The album debuted at #1 on both the Top Current Jazz chart and the Top Traditional Jazz chart following its release in February 2016. Nelson has won 11 Grammys over the course of his career.

The album’s title track, penned by Jamey Johnson and Tony Joe White, includes vocals by both writers and the legendary Leon Russell (on what may be Russell’s very last recording). An old friend and musical cohort, Leon was the first person to put his signature on “Trigger,” Willie’s mythic guitar.

An album that reflects on mortality while marveling at the beauty and absurdity of it all, God’s Problem Child finds Willie Nelson at one of the creative peaks of his career, writing and singing with the seasoned wit and wisdom that can only come from the kind of life he’s living. One of Willie’s new songs, “Still Not Dead,” pokes fun at the many exaggerated reports of his demise he’s heard over the years while “Delete and Fast-Forward” is Willie’s unabashed analysis of the 2016 United States elections and how to deal with the aftermath.

In keeping with the album’s subtext of memory and mortality, God’s Problem Child closes with “He Won’t Ever Be Gone,” a song written by Gary Nicholson that pays tribute to Willie’s outlaw country comrade, Merle Haggard. Haggard’s last album was 2015’s Django and Jimmie, a musical collaboration with Willie Nelson.

Willie Nelson continues to make music every day. God’s Problem Child is his 9th studio album since the release of Heroes, his Legacy debut in 2012 (#4 Billboard Top Country, #18 Billboard 200). When he’s not in the studio, Willie’s on the road again performing more than 100 live shows in the past year including Farm Aid, the 4th of July Picnic, the ACL Festival, the First Outlaw Festival and many more.

In February 2012, Willie Nelson entered into an historic new record deal with Legacy Recordings, the catalog division of Sony Music Entertainment, marking a label homecoming for Nelson, who, from 1975-1993, had cut a phenomenal string of top-selling singles and albums for Columbia Records, beginning with 1975’s seminal smash Red Headed Stranger. New titles by the artist under the Legacy imprint will include newly recorded songs and performances as well as archival releases, personally curated by the artist, drawn from all phases of his career including his recordings for RCA Records and others.

Since signing with Legacy, Willie Nelson has sold more than 1 million albums for the label.