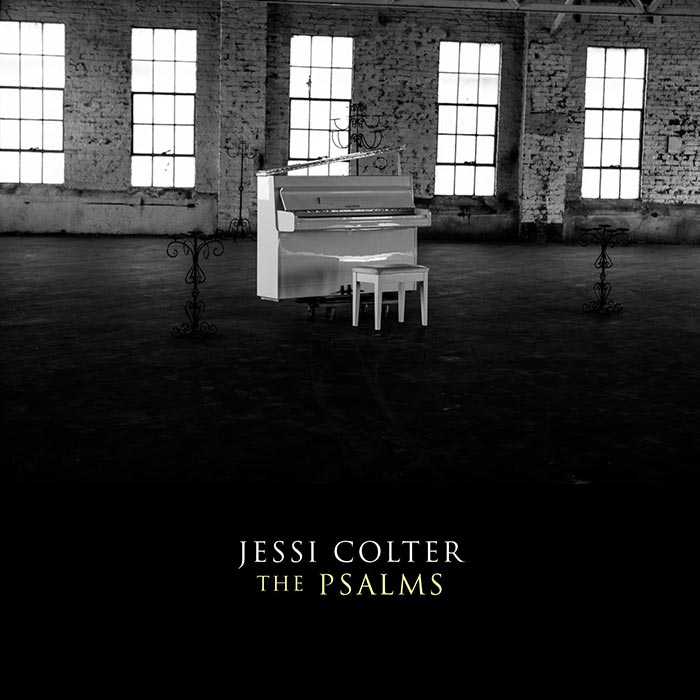 Legacy Recordings, a division of Sony Music Entertainment, will release THE PSALMS, the striking new album from American country music legend Jessi Colter, on March 24, 2017. With lyrics drawn from timeless and sacred poems, these spiritually powerful and intimately personal recordings are spontaneous musical interpretations of the Old Testament songs attributed to the shepherd/poet/musician David. The Psalms are considered among the greatest works of Western literature.

THE PSALMS is the first new album of Jessi Colter studio music since the release of the artist’s Out Of The Ashes in 2006.

Fans can get their first preview of THE PSALMS when Jessi’s “PSALM 136 Mercy and Loving Kindness” premieres on NPR’s “All Songs Considered” on Thursday, January 12.

The core tracks for THE PSALMS–featuring Jessi Colter (piano and voice) and Lenny Kaye (electric and acoustic guitar)–were recorded at Dubway studios in Manhattan during two extraordinary sessions (February 16-17, 2007 and January 4-5, 2008) nearly a decade ago.

In his enlightening liner notes and exegesis of THE PSALMS, penned especially for this release, Lenny Kaye recalls “One morning in 1995, while working with Waylon Jennings (Jessi’s husband) on his autobiography in Nashville, I came into the living room to find Jessi Colter at the piano, singing the Psalms. She would place her fingers on the keys, forming simple chords and expressing melodies as they came to her. There was no forethought, no conception of composition; only the intuitive expression of the spirituality behind these most ancient of sacred poems, the divinity they wellspring within each of us. I listened transfixed while she paged through the Old Testament, choosing each Psalm, finding within them the emotive voice of the Shepherd Boy, the Warrior, ultimately the King that is David. It was one of the most beautiful expressions of belief I had ever witnessed.

“In the early months of 2007 I secured a studio with a good piano. There was no rehearsal. We would select a Psalm. She sat behind the keyboard, gathered herself, and then began to sing. There were one, perhaps two takes of each. Sometimes I accompanied her on guitar. Over the years I decorated them with chosen musicians, careful not to disturb their intimacy or their moment of improvised creation and inspiration.”

Universal in their message, the Psalms are “hymns of hallelujah, lamentation, thanksgiving, penitence, forgiveness, supplication, gratitude, transcendence.” On THE PSALMS album, Jessi Colter and Lenny Kaye are sharing a timeless spiritual and musical experience reflected in these eternal “songs of praise,” as ancient as they are contemporary.

“I am thrilled to work with Lenny Kaye and sing King David’s Psalms, the most creative music I’ve ever done,” says Jessi, “…and the greatest challenge!!”

Jessi Colter’s eagerly-awaited autobiography, “An Outlaw and a Lady: A Memoir of Music, Life with Waylon, and the Faith that Brought Me Home” will be released by Nelson Books on April 11, 2016.

About Jessi Colter
Jessi Colter (born Miriam Johnson on May 25, 1943) is an iconic American country music artist whose career began in the 1960s when, encouraged by her first husband, the mythic rock guitarist Duane Eddy (“Rebel Rouser”), she composed hit songs for Dottie West, Nancy Sinatra, Hank Locklin and others. Perhaps best-known for her musical collaborations with her second husband, Waylon Jennings, she rocketed to the top of the charts with her country-pop crossover hit “I’m Not Lisa” in 1975. In 1976, her contributions to the platinum-selling album Wanted: The Outlaws secured her place in American musical history as the premier bad-ass woman artist in the male-dominated “outlaw country music” sphere. She has fifteen major-label albums to her credit, and her songs and records have sold in the tens of millions.

About Lenny Kaye
Best-known as Patti Smith’s longtime guitarist, Kaye is a three-time Grammy nominee (in the liner notes category) who’s worked on-stage and in the studio with a range of artists including Suzanne Vega, Jim Carroll, Soul Asylum, Kristen Hersh and Allen Ginsberg. His seminal anthology of 60’s garage rock, Nuggets: Original Artyfacts from the First Psychedelic Era 1965–1968, defined a genre and continues to inspire ever-new generations of rockers.