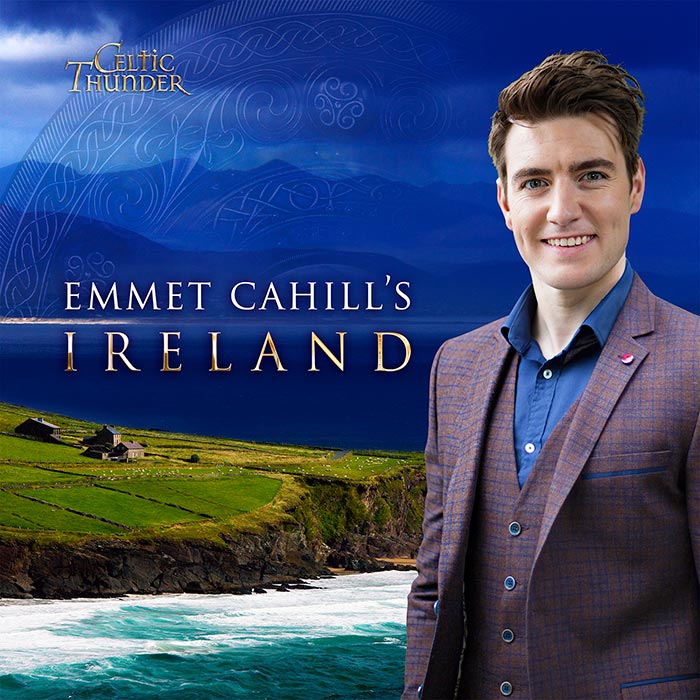 New York, NY- January 12, 2017 — Legacy Recordings, the catalog division of Sony Music Entertainment, announces the release of Celtic Thunder presents Emmet Cahill’s Ireland—a collection of Irish classics that have been passed down from generation to generation. The compilation is sung by celebrated Irish tenor Emmet Cahill, and comes out on Friday, February 24, 2017. The release is available for Amazon pre-order here.

Emmet Cahill’s Ireland is Cahill’s interpretation of traditional Irish songs that live on, passed down from generation to generation. Cahill says, “Storytelling is truly the hallmark of our identity and a deep part of our heritage enshrining both pride in our past, joy in the present and our hopes for the future.”

The classically trained Cahill is best known as a featured performer in the renowned Irish music show Celtic Thunder. Cahill has toured and recorded with Celtic Thunder for the past six years, with three #1 albums and thousands of shows under his belt. Cahill has been called “the heir apparent to John McCormack,” the legendary Irish singer who performed many of the country’s treasures, including “It’s A Long Way To Tipperary.”

About the album, Cahill claims, “I feel honoured to follow in the footsteps of great Irish singers of the past like Count John McCormack, Josef Locke and Frank Patterson and to be given the opportunity of imparting these stories to a new generation.”

Cahill will perform in select cities beginning in February. A full list of tour dates is below.