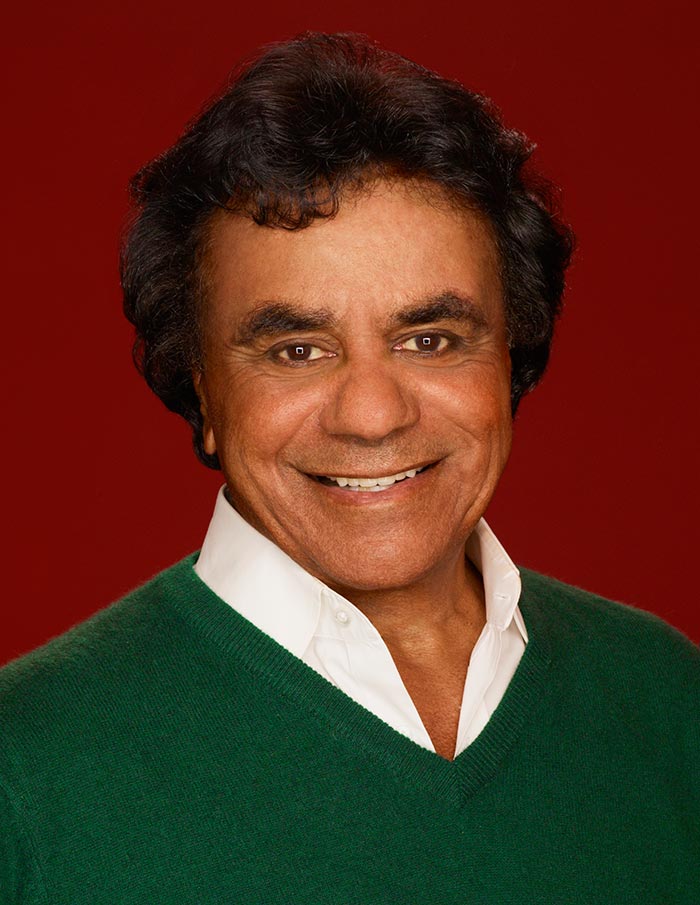 Columbia Records and Legacy Recordings, the catalog division of Sony Music Entertainment, announce an ongoing 60th Anniversary celebration of the enduring musical achievements of Johnny Mathis (who first signed with Columbia in 1955) with definitive catalog and archival releases set for 2017 and beyond.

Columbia/Legacy has been working closely with the artist on the curation of his Columbia Records catalog, pouring through the label’s deep archive of studio and live material, restoring and remastering tracks for digital release.

The Johnny Mathis 60th anniversary project kicked off in September 2015 when Columbia/Legacy celebrated the legendary singer’s original signing with Columbia & his 80th birthday with the release of Johnny Mathis: The Singles, a definitive four disc anthology bringing together, for the first time, every Mathis recording which was first issued for the singles market, as well as tracks released exclusively on compilations.

While 2016 marked the official 60th anniversary of the release of the singer’s groundbreaking debut album, Johnny Mathis (“A New Sound in Popular Song”), 2017 signals 60 years since Johnny Mathis’s breakout year: 1957, when an unbroken string of Billboard charting singles– “Wonderful! Wonderful!” (#14), “It’s Not for Me to Say” (#5), “Chances Are” (#1), “The Twelfth of Never” (#9), “No Love (But Your Love)” (#21) and “Wild Is the Wind” (#22)–secured his reputation as AM radio’s Voice of Romance while setting the standard for traditional pop music for decades to come.

1958 proved to be a watershed year for Johnny Mathis who enjoyed the release of two game-changing Columbia Records blockbusters: Johnny’s Greatest Hits and Merry Christmas. Johnny’s Greatest Hits, considered the first “greatest hits” collection ever created by the music industry, spent an unprecedented 490 consecutive weeks (nine-and-a-half years) on the Billboard Top 100 album charts, earning him place in the Guinness Book of World Records.

Merry Christmas, an essential seasonal perennial, established Mathis as a warm and familiar holiday presence on home and car radios around the world, eventually achieving a 5xs multi-platinum RIAA certification. To this day, few recording artists are more associated with the sound and spirit of the Christmas season than Johnny Mathis.

With 60+ years as traditional pop music’s Voice of Romance (and Sound of Christmas), Johnny Mathis is still going strong as a recording artist and a must-see live performer. The Johnny Mathis 60th & 61st Anniversary Concert Schedule has been posted at http://www.johnnymathis.com/MathisTour.php.

About Johnny Mathis
Born September 30, 1935, a then-teenaged Johnny Mathis signed with Columbia Records in 1956, first entering the Pop charts with his inaugural Columbia single, “Wonderful! Wonderful!” the following year. Peaking at #14, “Wonderful! Wonderful!” laid the foundation, and predicted the future, for one of the most remarkable careers in pop music history, leading to a string of singles successes which includes perennials like “It’s Not For Me To Say,” “Chances Are,” “The Twelfth Of Never” and many others.

Johnny Mathis is one of the longest-signed artists on the Columbia Records label, with 17 million RIAA certified album and singles sales in the US alone. A sublime vocalist whose approach to pop music transcends passing fads and trends, Mathis has performed songs in an incredible variety of styles and categories — from music composed for stage and film to golden era jazz standards, contemporary pop hits, and holiday music both sacred and secular — assuring his reputation as one of the most enduring traditional pop vocalists in music history.

Perhaps best-known for his landmark singles (three of his recordings–“Chances Are,” “It’s Not For Me To Say,” and “Misty”–have been inducted into the Grammy Hall of Fame) Mathis was one of the very first musical artists to embrace the album concept and record fully-realized thematically and sonically coherent collections of songs. His 1958 release, Johnny’s Greatest Hits inaugurated the ongoing “greatest hits” anthology phenomenon becoming one of the most popular albums of all time. 1959’s Heavenly spent 295 consecutive weeks on the same chart. In honor of his contributions to music history, Johnny Mathis was given the Lifetime Achievement Award from the Academy of Recording Arts and Sciences in 2003.

While growing up in San Francisco, Mathis was a star student athlete who sang weekends at local jazz clubs. Columbia Records’ George Avakian was in attendance during one performance, and famously wired back to the label office: “Have found phenomenal 19-year old boy who could go all the way. Send blank contracts.” After his debut jazz LP was largely ignored upon its release in 1956, Mathis began working closely with Columbia’s vice-president and producer Mitch Miller to develop an unbeatable lush pop style, picking romantic ballads that made extensive use of his recognizable, vibrato-heavy vocal style.

During his time on Columbia, Mathis was essentially recording for two markets: the singles market and the albums market. While he would enjoy success in both realms, it was his non-LP singles that first introduced the world to his distinct gifts: in 1957, his first Columbia single “Wonderful! Wonderful!” peaked at No. 14; follow-up “It’s Not For Me To Say” rose to No. 5, and “Chances Are” topped the charts.

Altogether, Johnny Mathis logged 18 singles on Billboard’s Top 40 between 1957 and 1963 (and has seen 43 of his singles chart on Billboard Hot 100 from 1957 to 1981). After a tenure on his own Global label from 1963 to 1967 (initially distributed by Mercury and chronicled by Legacy in The Complete Global Albums Collection box set), Mathis returned to Columbia, where he records to this day.