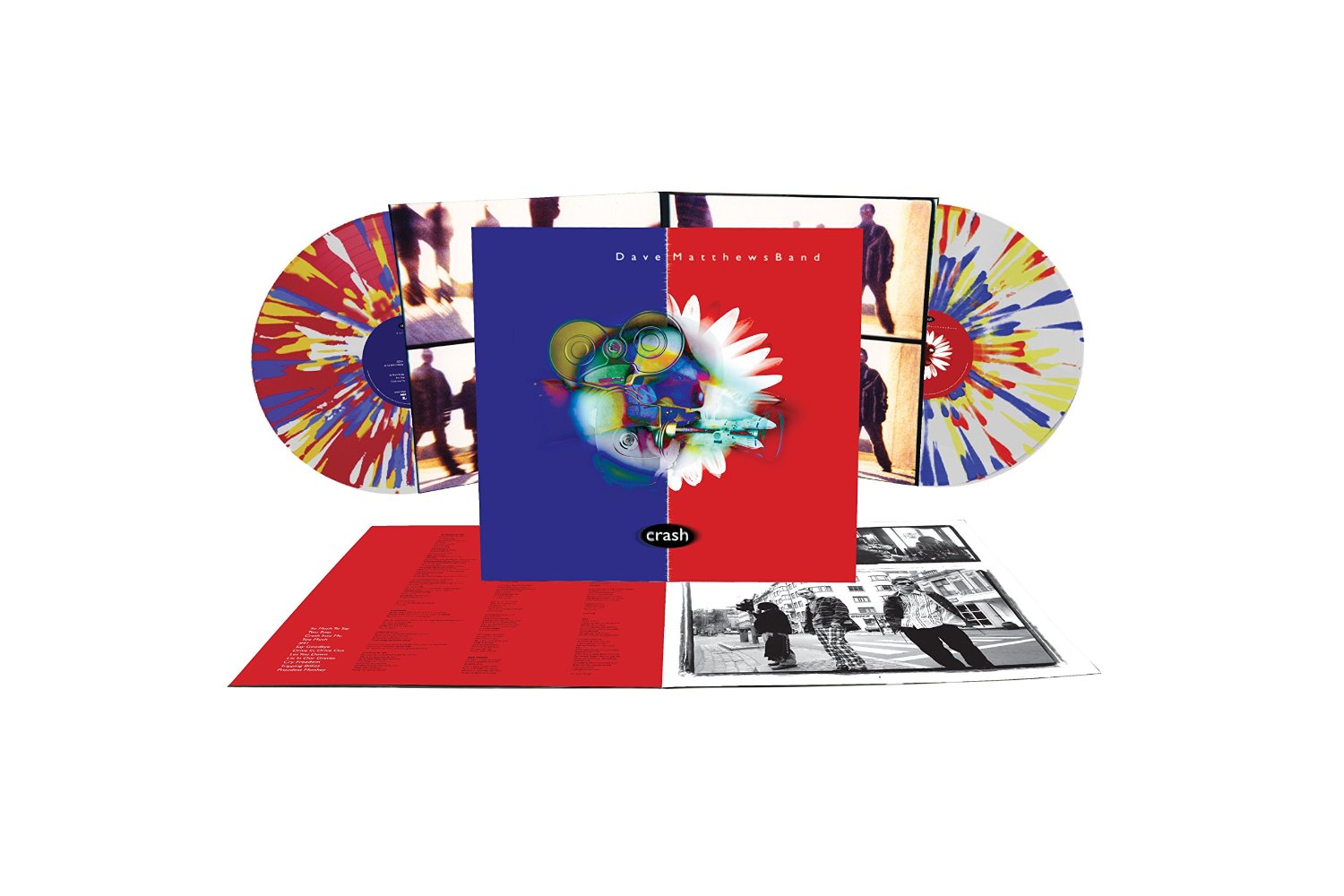 Newly re-mastered from the original flat analog tapes, Crash will be available as a 2LP set, pressed on 180g 12″ vinyl and housed in a gatefold jacket that features an eight-page booklet packed with previously unpublished photographs of the band. The album is currently available for pre-order through the official Dave Matthews Band online store.

Produced by Steve Lillywhite (U2, The Rolling Stones, Peter Gabriel, The Pogues), and originally released on RCA Records on April 30, 1996, Dave Matthews Band’s Crash brought the band three Grammy nominations and one award for Best Rock Vocal for the hit single “So Much To Say.” The album peaked at #2 on the Billboard 200 and has been certified 7x platinum by the RIAA, in recognition of seven million copies sold.

Following its success with Crash, the Virginia-based Dave Matthews Band – singer/guitarist Dave Matthews, drummer Carter Beauford, saxophonist LeRoi Moore, violinist Boyd Tinsley and bassist Stefan Lessard – became the first band in history to have six consecutive studio albums debut at No. 1 on the Billboard 200 – Before These Crowded Streets, Everyday, Busted Stuff, Stand Up, Big Whiskey and the GrooGrux King and Away from the World. The group has sold a collective 38 million CDs and DVDs combined and more than 20 million tickets to its live performances.

Dave Matthews Band is currently celebrating the band’s 25th anniversary and is in the midst of its summer tour. Details can be found at www.DaveMatthewsBand.com.